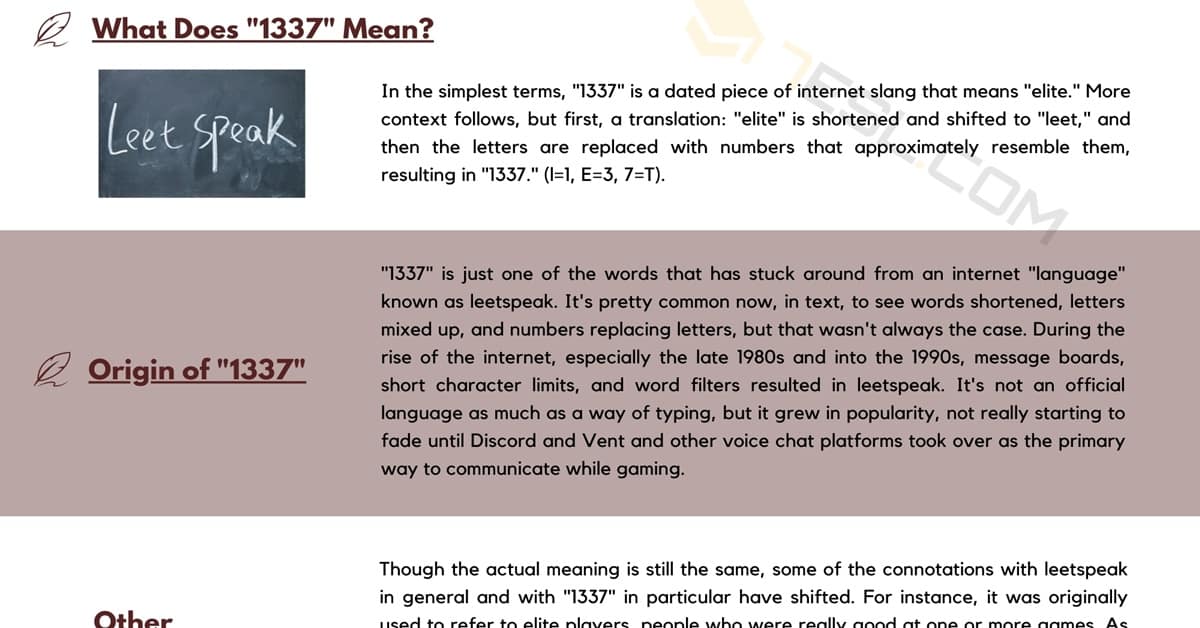 What does 1337 mean? English can be a complicated language. English internet slang can be even trickier. Knowing what a word means is one thing, but what do you do when the word doesn’t even seem to be a word and is instead a series of numbers? This lesson is focused on the internet slang term (and unofficial language) “1337,” which is pronounced “leet.”

In the simplest terms, “1337” is a dated piece of internet slang that means “elite.” More context follows, but first, a translation: “elite” is shortened and shifted to “leet,” and then the letters are replaced with numbers that approximately resemble them, resulting in “1337.” (l=1, E=3, 7=T).

“1337” is just one of the words that has stuck around from an internet “language” known as leetspeak. It’s pretty common now, in text, to see words shortened, letters mixed up, and numbers replacing letters, but that wasn’t always the case. During the rise of the internet, especially the late 1980s and into the 1990s, message boards, short character limits, and word filters resulted in leetspeak. It’s not an official language as much as a way of typing, but it grew in popularity, not really starting to fade until Discord and Vent and other voice chat platforms took over as the primary way to communicate while gaming.

Though the actual meaning is still the same, some of the connotations with leetspeak in general and with “1337” in particular have shifted. For instance, it was originally used to refer to elite players, people who were really good at one or more games. As it grew in popularity, the usage grew a little more sarcastic, so it was often used for people who mistakenly thought they were good at a game. This is closer to the current connotations, although now that the term is a little older, it’s also used to refer to people who are out of touch with current internet lingo or people who are good at classic games.

You can use “1337” if you’re trying to be silly or mean, especially in the context of online games, calling someone an elite player either genuinely or sarcastically.

Here are some examples of how you might see “1337” used online or in text.

The last sentence translates to, “Are you a newbie, or are you elite?”

In the first set of sentences, “rn” is short for “right now.”

Instead of “1337,” you can use “elite” or “really good” or “the best,” or any other term that fits your intended meaning. 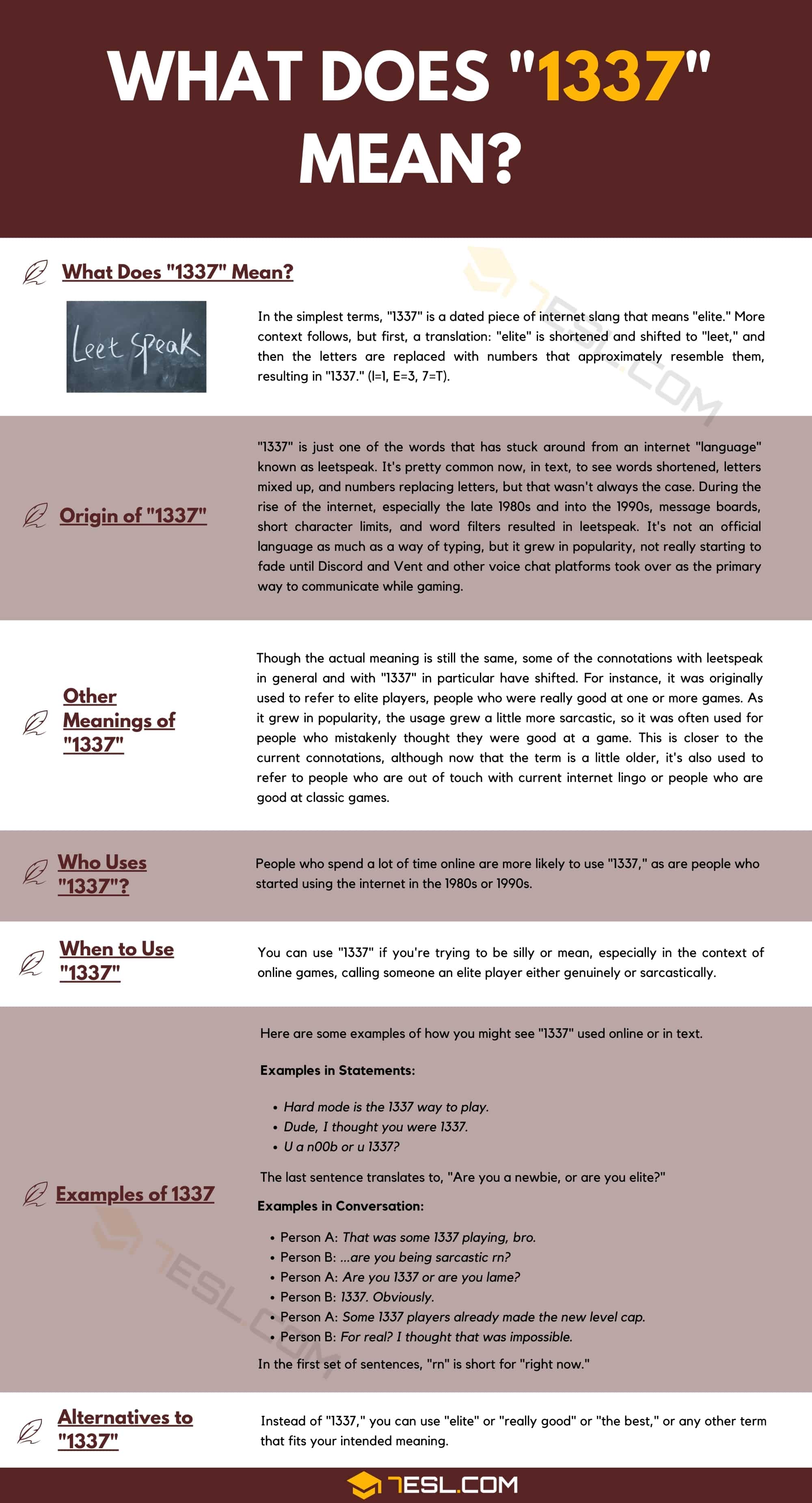