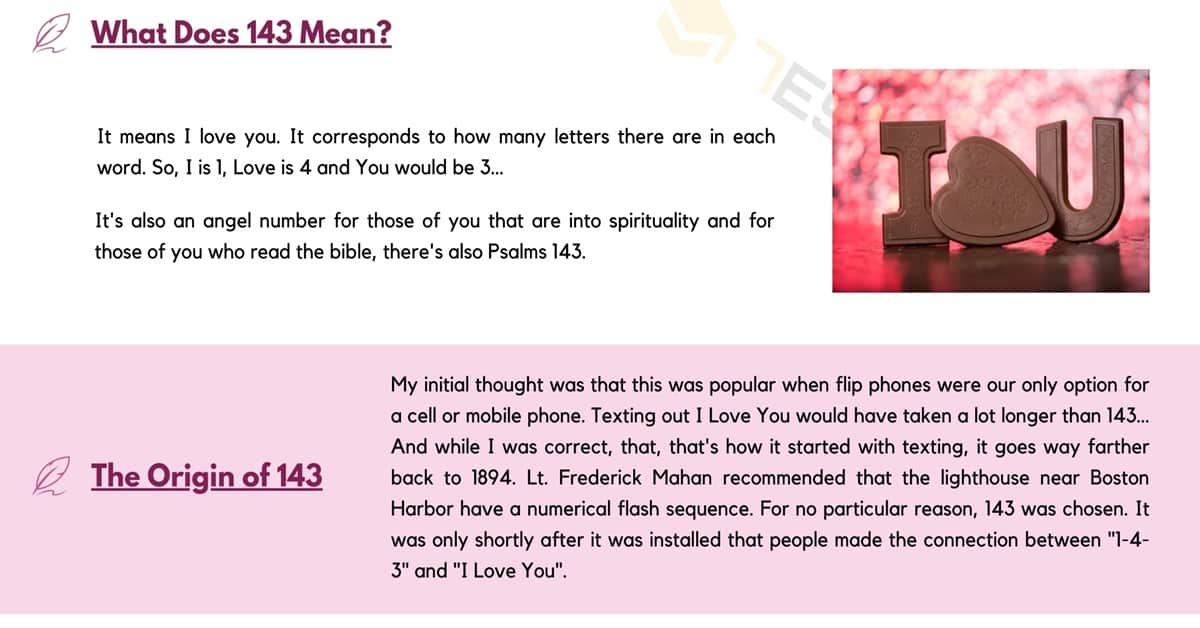 What does 143 mean? If you’ve gotten this text, you’re very lucky! I’ll be explaining why, along with other meanings, the origin and examples. So let’s dive in…

It means I love you. It corresponds to how many letters there are in each word. So, I is 1, Love is 4 and You would be 3…

My initial thought was that this was popular when flip phones were our only option for a cell or mobile phone. Texting out I Love You would have taken a lot longer than 143… And while I was correct, that, that’s how it started with texting, it goes way farther back to 1894. Lt. Frederick Mahan recommended that the lighthouse near Boston Harbor have a numerical flash sequence. For no particular reason, 143 was chosen. It was only shortly after it was installed that people made the connection between “1-4-3” and “I Love You“.

As I mentioned above, there’s also the angel number 143. This represents the beginning of a new season in your life. Such a new job or romance. And then there’s Psalm 143. Here’s the first couple of verses:

1. Lord, hear my prayer, listen to my cry for mercy; in your faithfulness and righteousness come to my relief.

2. Do not bring your servant into judgment, for no one living is righteous before you. King David is asking God, in a heartfelt prayer, to be merciful even though none of us deserve it.

Anyone can use 143. It’s probably likely going to be people who still use flip phones if using it as I Love You.

Of course, if you’re going to use it as I Love You, it’s probably going to be to a parent or a spouse… Or to a prayer partner as a quick reminder for what you’ll be covering, if it happens to be Psalm 143. If you have a family member or friend that’s spiritual and you see 143 a lot, you might text them that.

I know this is going to sound obvious, but you could just type out I Love You, Psalms 143 or angel number 143.

Here are some examples of statements and conversations using 143.

Another text from husband to wife:

So, now you know what 143 means. Maybe try texting it to someone you care about, and see if they know what it means. If they didn’t text it to you first… 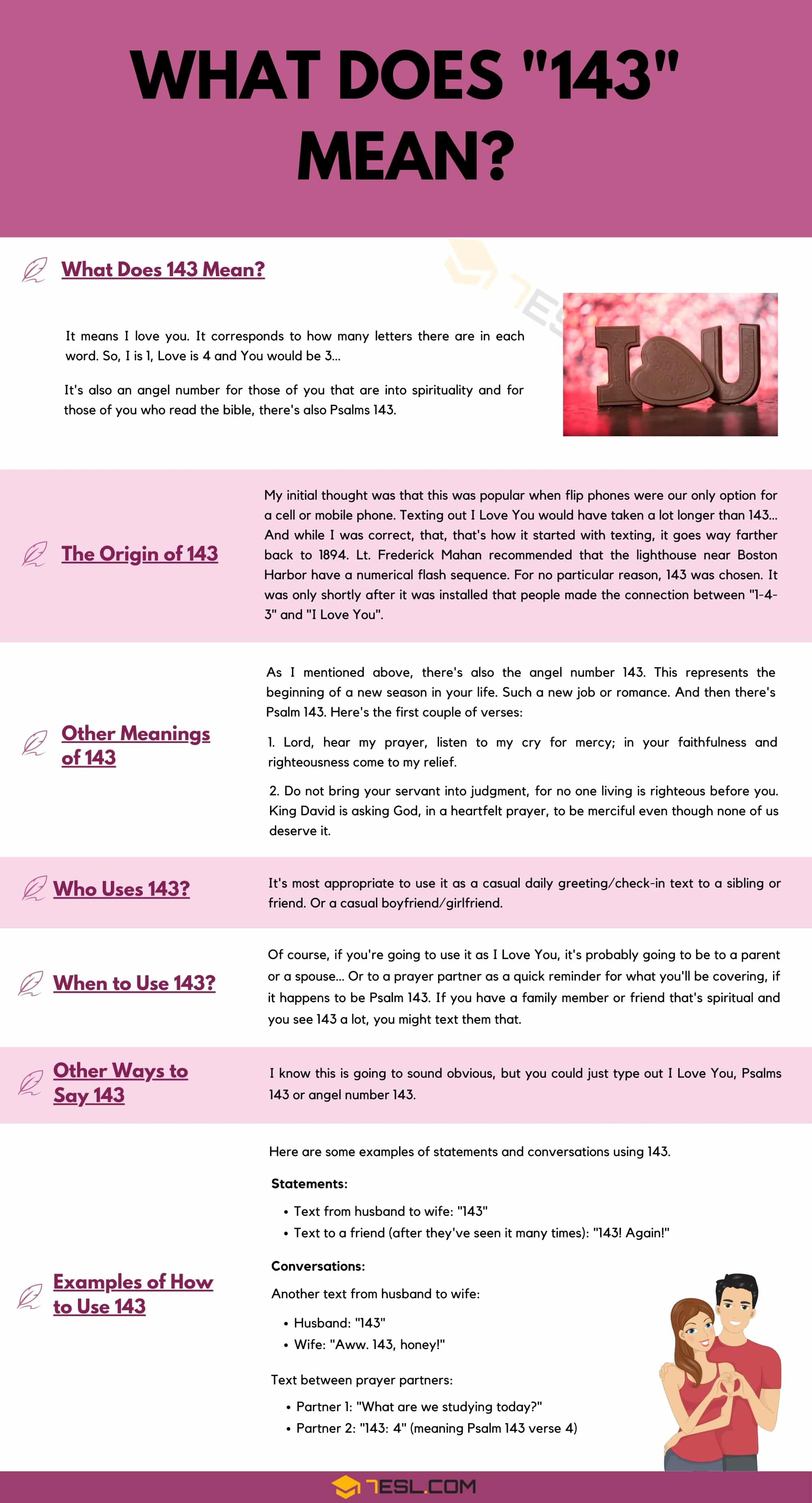