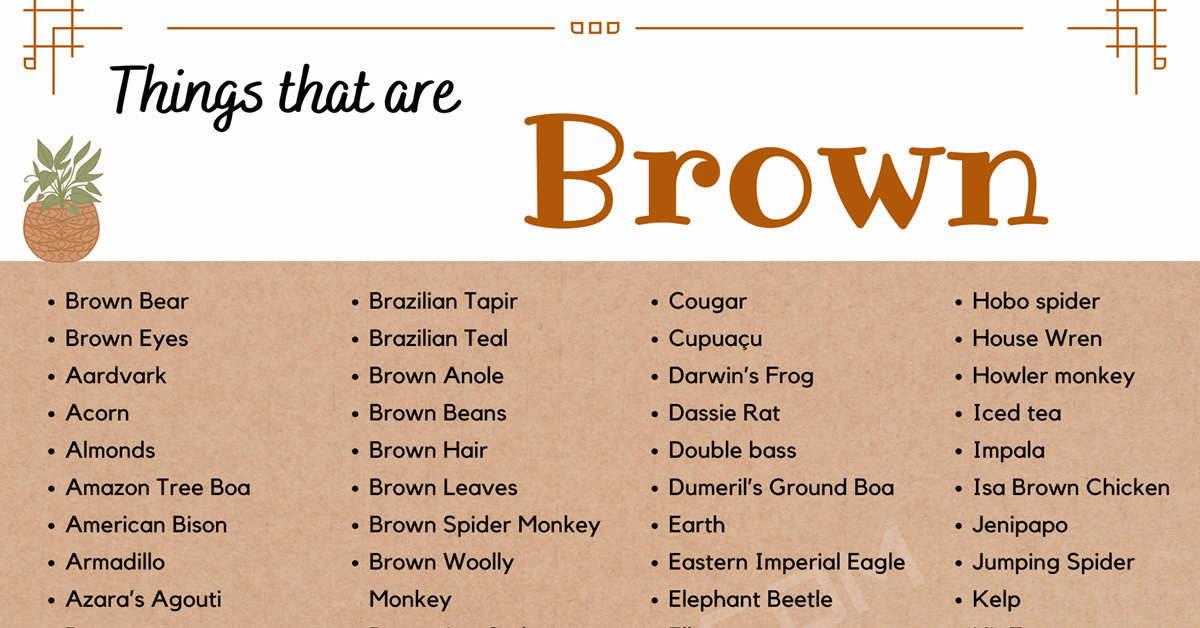 Brown is a color that appears in nature naturally. For instance, you can spot trees, the dirt, and more outside that are of that shade. Different colors can be mixed to create brown too. Hence, if you’re ever running short of that specific hue, combine red, yellow, and blue. Then, as you mix, you’ll be amazed at how it transforms into brown right before your very eyes.

Things that are Brown

What are Things that are Brown?

According to one dictionary, the word thing can be defined in three ways. To begin with, the term means an object that one need not, cannot, or won’t name. As for the second definition, it is an inanimate material object and one that is distinct from a living being. Meanwhile, the last meaning of the word thing is an utterance, thought, action, event, or activity. So, what are things that are brown? They are all of these items, but as the title says, they are brown in color.

Obviously, brown things come in many different shapes and sizes. Some are big while others are small, and some are a darker shade than brown than others. Now, the only thing left to do is take a look at some specific animals, objects, and whatnot. Then, you’ll gain a better understanding of things that are brown.

Things that are Brown with Facts

Not all rocks are the same color. Some stones are gray, black, or even white. However, there are also rocks that are brown. The pieces could be igneous, sedimentary, or metamorphic rocks. They may be brown simply because that’s the way they were made, but it is also possible for brown to be a sign of oxidation that has occurred over the years.

Sometimes, moths have vivid and bright colors. When they’re all decked out in such camouflage, they’re often yellow, orange, pink, etc. Yet, moths can be brown too. People can spot the flying insects out in the open buzzing around, but if there’s a light illuminated at night, the bugs will be attracted to it.

Caterpillars usually feature bright colors that warn predators to stay away. That isn’t always the case, though. These little creepy crawlers can also be brown. That shade allows them to camouflage in with their surroundings and avoid detection.

As its name implies, the Big Brown Bat is just that. It is a bat that is big and brown. These flying mammals have wingspans that can reach approximately 14 inches. They can be found in North America, parts of South America, and the Caribbean.

Hopefully, you have a better understanding of things that are brown now. Use the items mentioned here in any way you see fit. However, there are obviously tons of other brown things in this world. Thus, if you need to learn more, don’t hesitate to pull out your smartphone. Punch in a few keywords, and a Google search should provide you with all of the information you could ever want or need.

Things that are Brown | Image 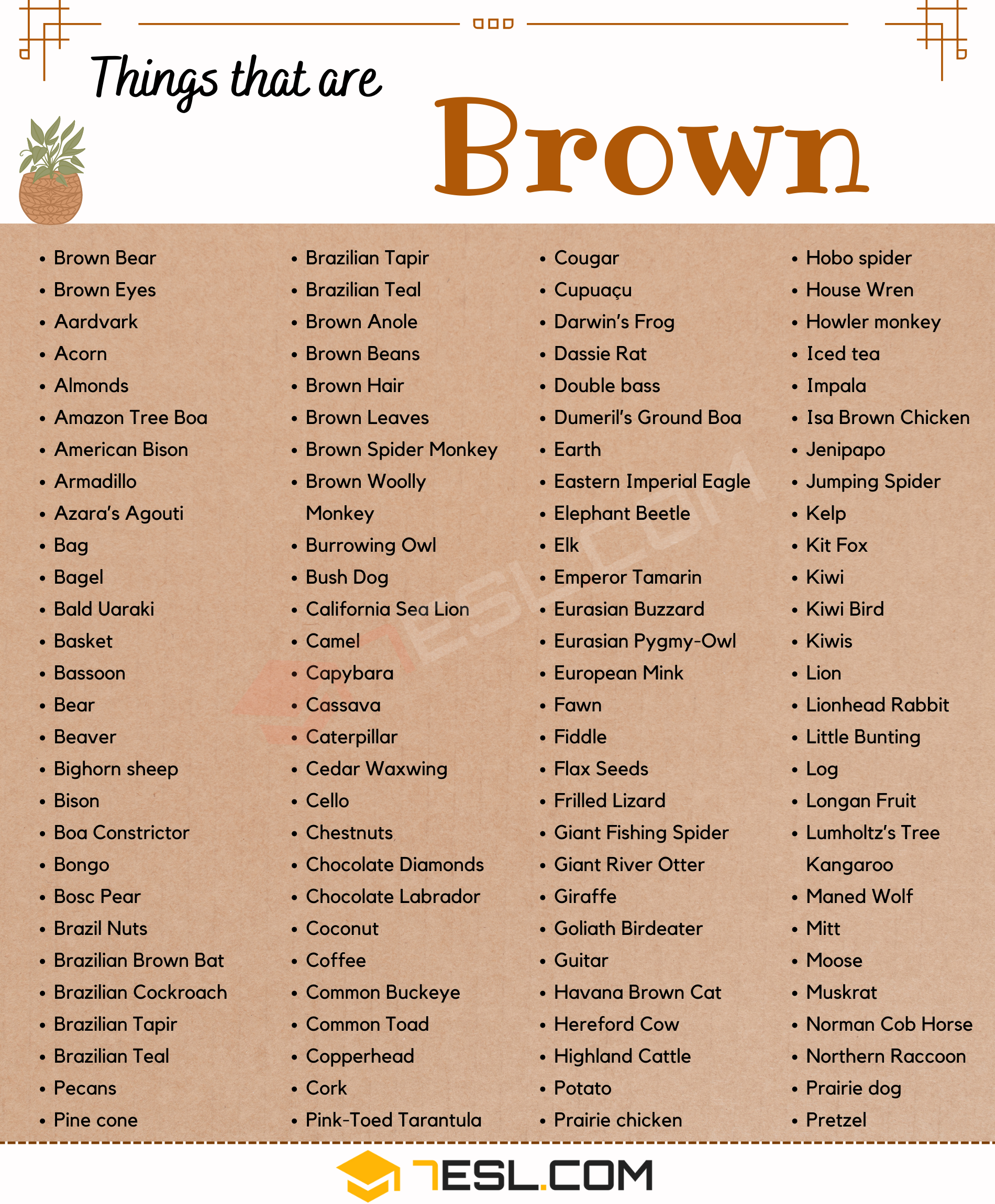