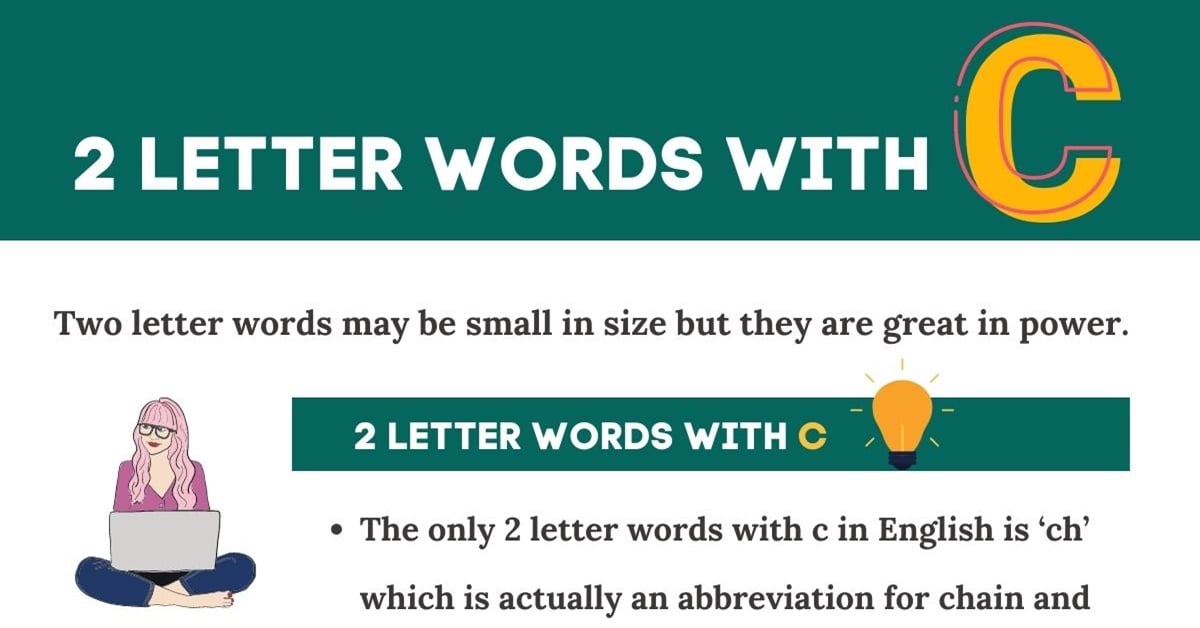 What are 2 letter words with C? If you are stuck in Scrabble or other word games with a jumble of letters that don’t make any longer words no matter how you rearrange them, you may want to turn to the two and three letter words of our language. The question that arises next is how many two letter words are there? After all, by rules of syntax, two letters don’t usually meet the requirements to be a word by themselves. This article briefly defines two letter words then goes into what you may expect while looking for two letter words with one of the more uncommon words in our alphabet – the letter c.

What are 2 Letter Words?

Two letter words may be small in size but they are great in power. Not only do they fill in the cracks of our sentences and communications and express a full range of emotions (ow, um, ah eh), they are the savior of Scrabble players everywhere. When you have a jumble of mismatched letters and a full Scrabble board, you reach for those little words, the ow, ox, the oh and at as they require fewer letter combinations and can fit in tighter spots than even slightly longer words. If you have an uncommon letter, such as ‘c in the mix,’ it may be more difficult to find a two letter word containing the letter. This is what we were able to find regarding two letter words you would be able to use with that pesky c.

2 Letter Words with C in English

The only 2 letter words with c in English is ‘ch’ which is actually an abbreviation for chain and can be used to indicate length. Although this is an abbreviation, it’s still recognized as a single word under the rules of Scrabble and will let you use that c when it’s the only thing you have left or space is running low on your board so there’s no room for a longer word. The best news about that is you will still be able to score a decent number of points, as c itself is worth six points in Scrabble, even without the addition of other letters.

Two letter words are the go to option for Scrabble players that have a rack of unrelated letters or are facing a full board. They allow for legal play, even if just at one tile at a time. Those more uncommon letters in the alphabet such as x, z, and w can still provide a challenge, even when connecting with only one other letter and c is no exception to this rule. Unfortunately, we were only able to find one two letter word that contains the letter c but that shouldn’t discourage you from using it at every opportunity. Knowledge is power, especially in the game of Scrabble, and knowing this one two letter word with c in it could give you the secret weapon you need to get ahead. Use it with impunity! 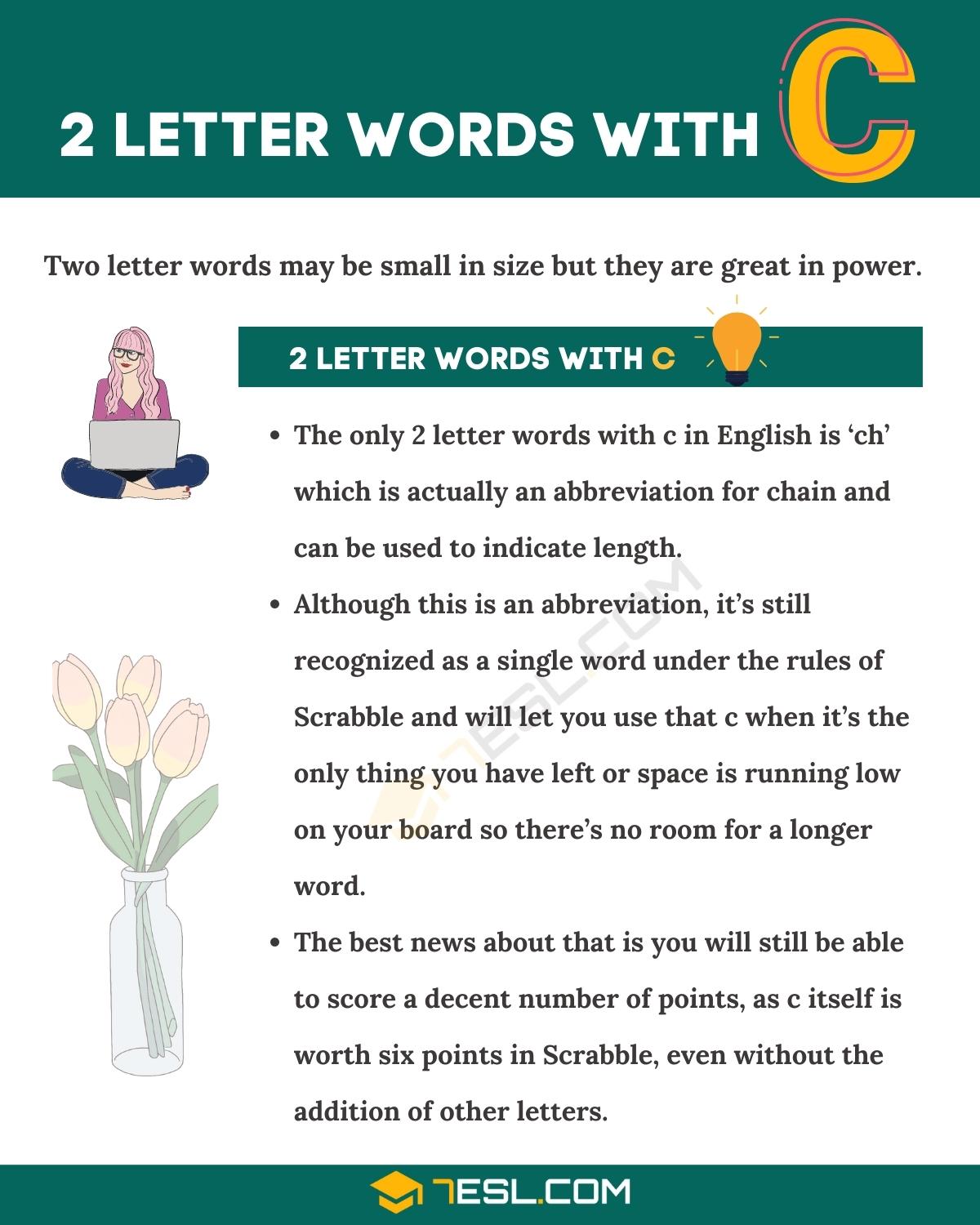