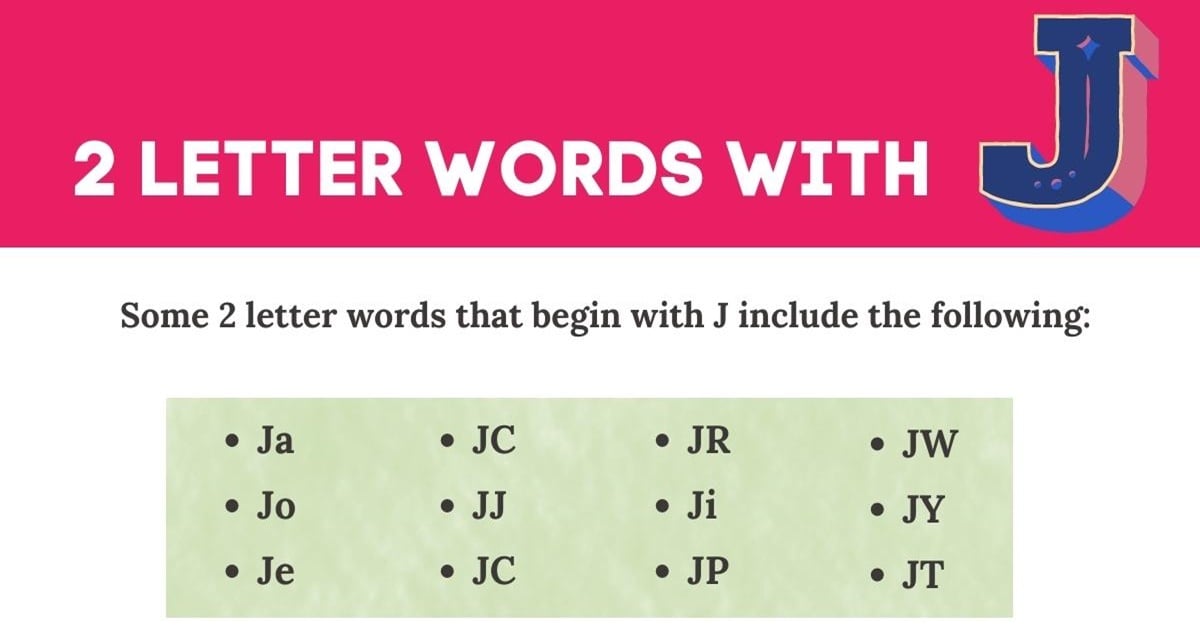 What are 2 letter words with J? Linguistics is the term that’s used when describing language, words, and grammar. While words by themselves don’t mean that much, sentences bring them together to help us form social connections and build relationships. The flow of words into sentences is what sets out language apart as more complex, yet rich and meaningful, than the spoken words of animals.

Two letter words are words that include the use of only two letters to be formed. Some examples of 2 letter words include “he,” “me”, “my”, and “no.” Commonly, these words can tend to include a vowel as the second word. However, other times they can be used as abbreviations or nicknames, and so in these cases may show in the form of two consonants. An example here could be “MJ” as a nickname given to a person who’s called “Mary Jane.”

Some 2 letter words that begin with J include the following:

The words above cover a mixture of both English and non-English speaking words, abbreviations, names, and nicknames. Therefore, what we can say about 2 letter words beginning with J is that while there aren’t a lot of them, they are varied and dynamic in their form.

Some names and nicknames that are shown here are as follows: Jo, JJ, JC, JP, JR, and JT. While “Jo” is commonly used as a shortened version for the female name “Joanne”, the rest of the terms here are often used as nicknames. For nicknames, they usually are given where the first letter represents the letter that their first name starts with, and the second letter represents the first letter of their surname. For example, “JC” could be a nickname given to a person with the full name of “Joseph Collins.”

Here are some other meanings behind the words listed above. Some of them are rather interesting and uncommon, while others are also foreign to the English speaking person:

While there doesn’t appear to be a great deal of 2 letter words that begin with J, they are fairly dynamic in both the form they come in and their meaning. While some of them form short English speaking words, others come from non-English sources. There are cases of these words referring to people’s names (or at least shortened versions of them), and can also often be used when representing nicknames. 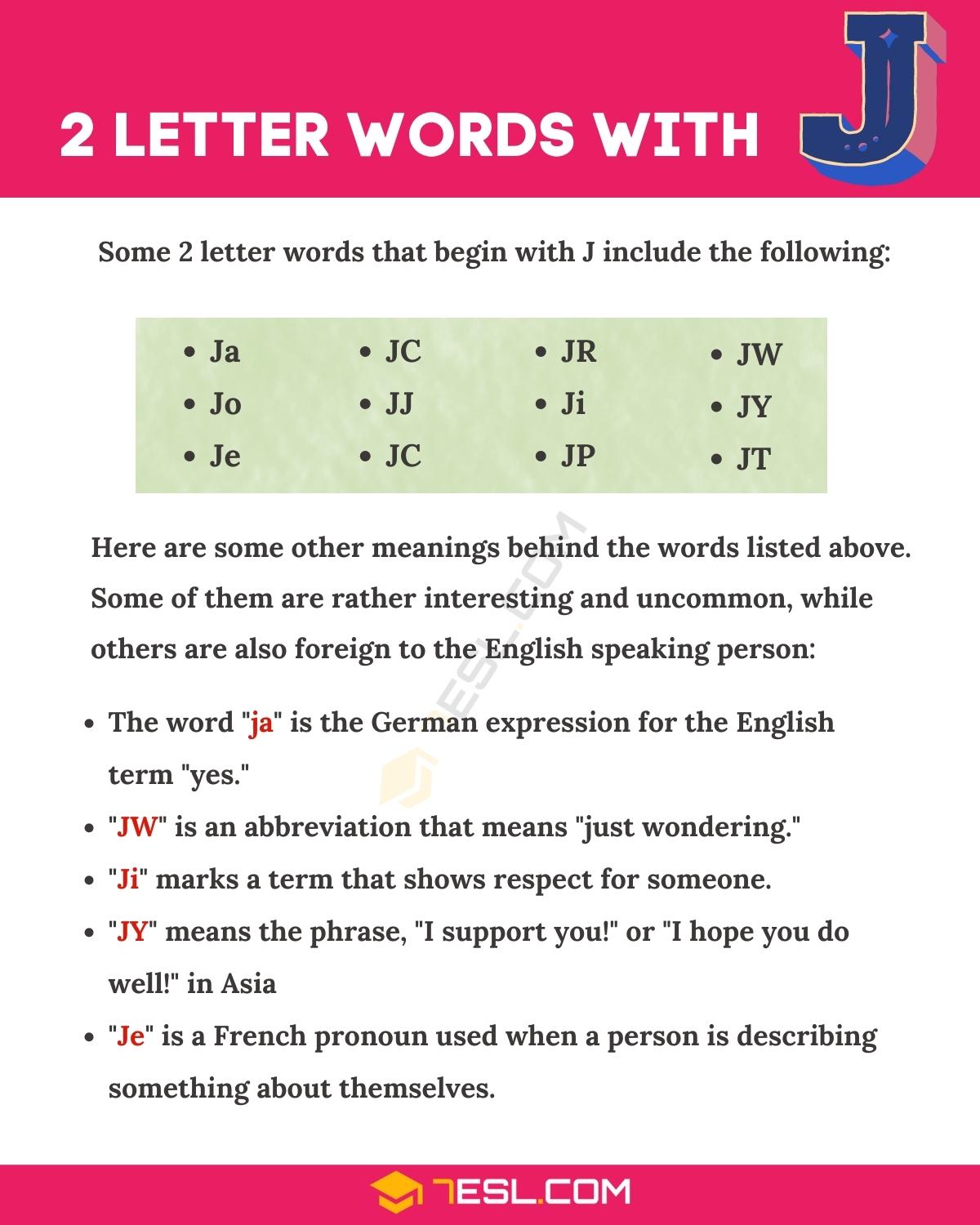