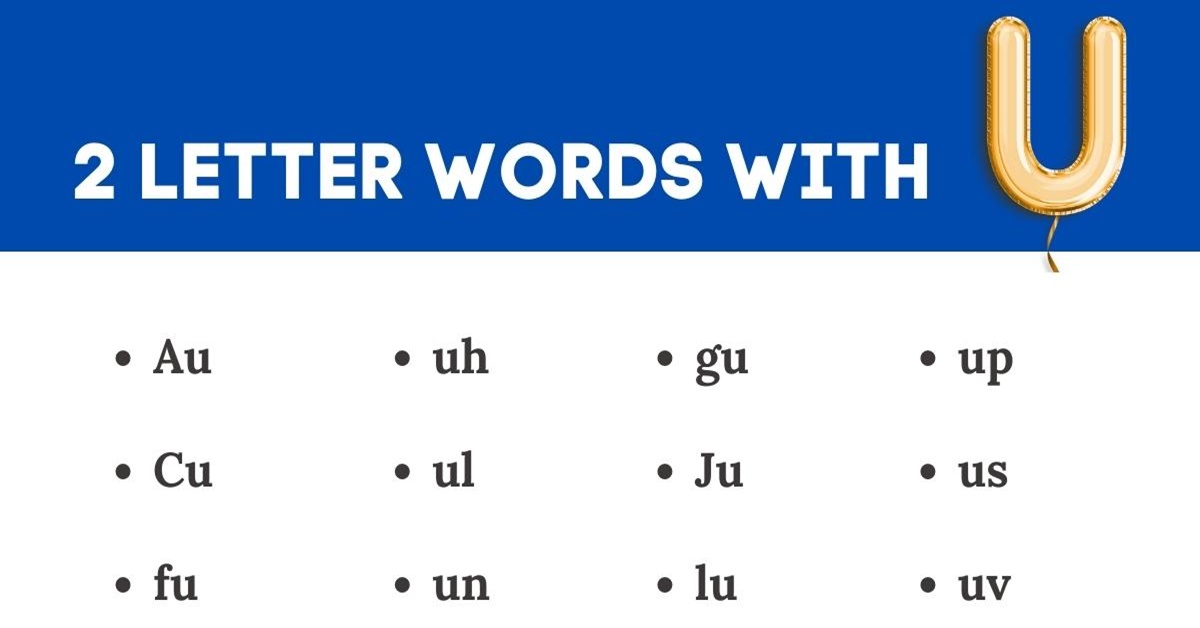 What are 2 letter words with U? Whether you are looking for just the right word for the crossword you’ve been working on, or you want to beat your family at Scrabble, finding the right word can be difficult sometimes. That is why we have come up with a list of 2 letter words that have the letter U in them. This list contains words from any language and can feature terms that were relevant in many different time periods. This can help you to find just the word you are looking for on your next Scrabble night to trick your friends into getting that last point to win the game.

2 Letter Words with U

There are many sounds or syllables used for different names for things like places, emotions, or concepts. For example the term Fu, in Mandarin, means vice.

There are also other languages that use two-letter words as a way to describe something. For example, in French, the term ‘du’ is used as a contradiction to the article ‘le’. The word ‘le’ is used like we would use the word ‘the’, as in ‘the car’ in English would be ‘le auto’ in French.

Below, we have a list of the two-letter words that exist in any language. These can be people, places, or objects, and they can be words that are still used today or could be considered obsolete. Keep in mind that these words simply have to have the letter U in them, but that the letter U can be at the beginning or the end of the word.

Languages change all of the time, and these are just some of those that we have a record of today. Because languages change, you may find that there are words that are out of date or are no longer relevant in our society. Then there are words used today. This can either be slang used by young people, or new terms made up to describe a wonderful technology. Either way, with language, always changing, it can be no surprise that people need a guide to show how the letter U can be formed into words of any language.

Did we miss any words with the letter U in them? Tell us below down in the comments!

2 Letter Words with U | Image 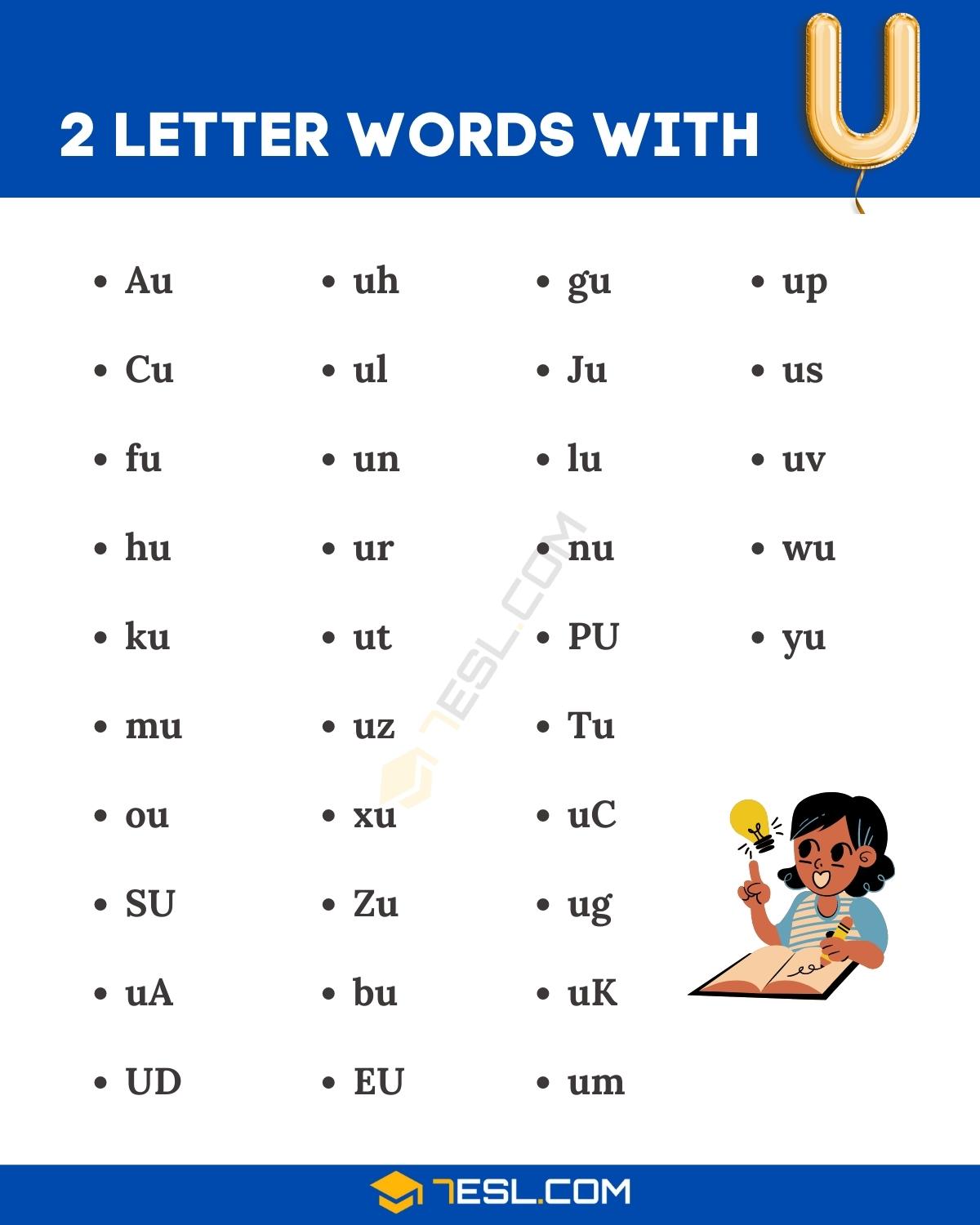