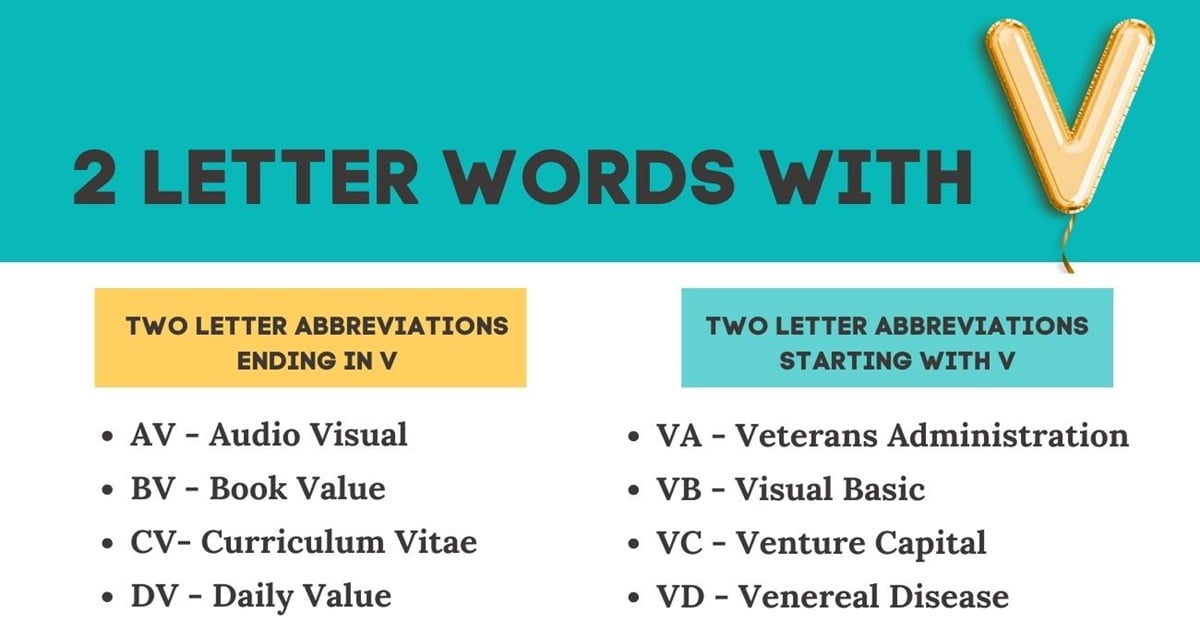 What are 2 letter words with V? Words are best defined as a combination of sounds that convey a meaning, such as a concept or an object. A written word uses a combination of letters or symbols that function as a phonetic representation of these sounds.

What are 2 Letter Words?

Vi: Vi is the proper name of a coding language developed in 1976 as a visual full-screen text editor in Linux. By defining a word as sounds conveying a meaning, Vi does function as a word to represent the coding language.

Roman Numerals: V can represent the number 5 using Roman Numerals and as such there are multiple combinations of V, such as IV, VI, XV, L, LV, CV, DV, and MV. Together these letters represent a single number, similar to our definition of a word expressing a concept. However, these numbers are not pronounced as a single sound in English and as such may be considered similar to an abbreviation since each letter represents a distinct number.

Based upon the definition of a word as a combination of letters producing a sound corresponding to a written word, abbreviations do not strictly represent words, and there are many two-letter abbreviations that contain the letter V which are listed below. However, the meaning of an abbreviation can vary significantly based on the context and the native language of the writers, and only a single representative meaning is included below. 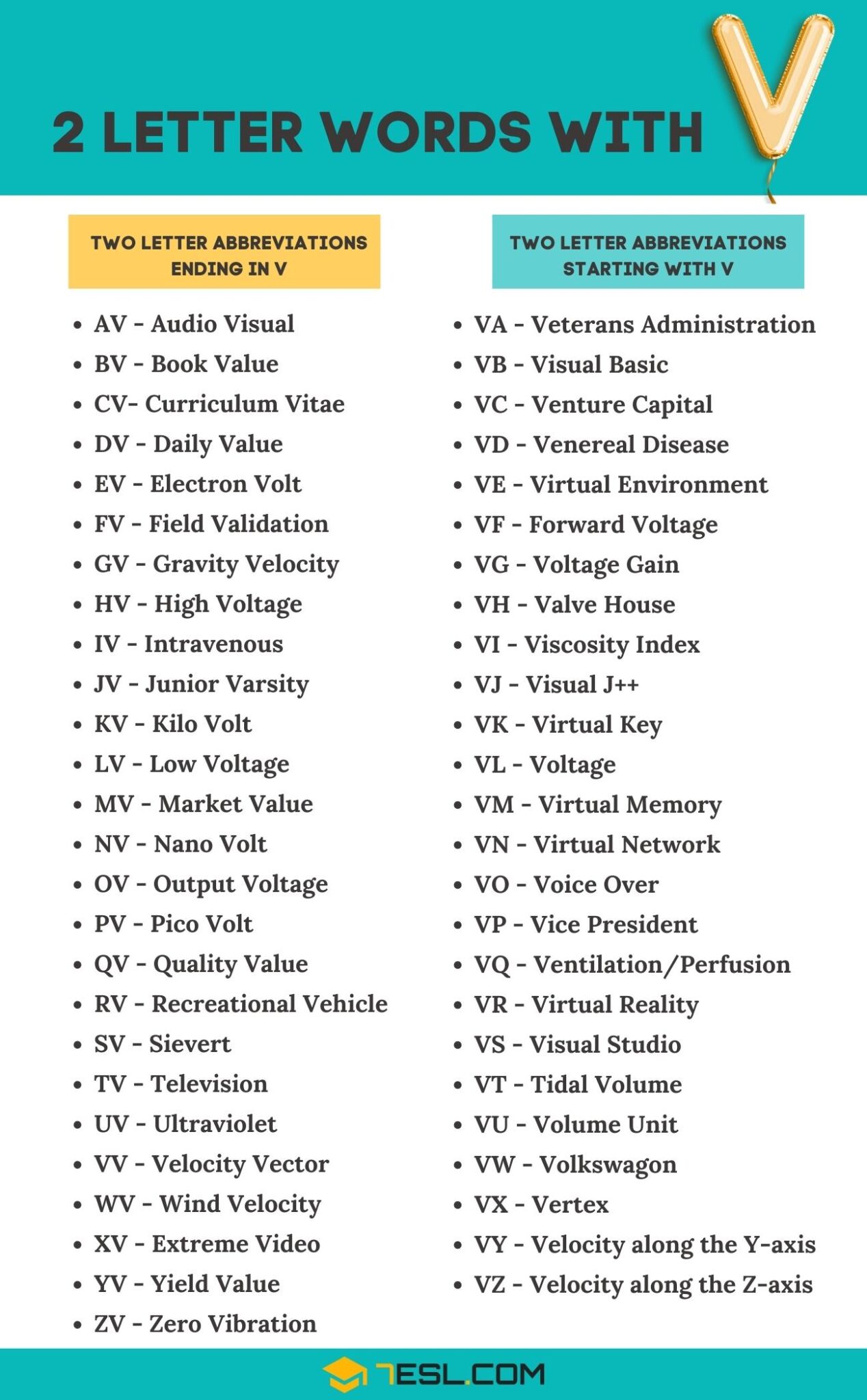