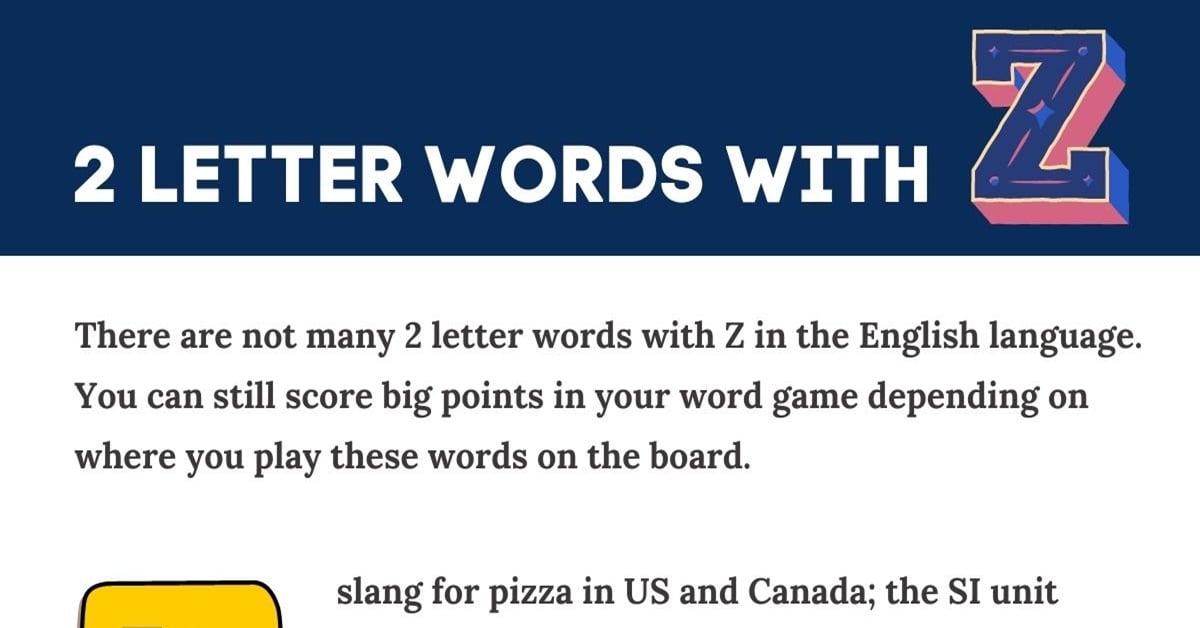 What are 2 letter words with Z? Two letter words are some of the most commonly used words in the English language. You may be familiar with ones like an, am, to, be, as, we, go and so. These are some of the first words children and non-native English speakers may learn because they are the easiest to read and write. Word games like Scrabble, Words With Friends, and Wordle also incorporate a lot of 2 letter words. When playing these kinds of word games, you may find yourself having to play a lot of 2 letter words, which oftentimes don’t give you a lot of points. This can be even more difficult when you have letters that aren’t as commonly used in 2 letter words, like the letter Z. Since Z is usually a high scoring letter, knowing which words you can make with this letter can be really helpful and score big points. Even if you don’t play word games, expanding your vocabulary and learning new words is always a good idea.

There are over one hundred 2 letter word combinations in the English language. For those who like to play word games, they can be really helpful. When playing many people will try to make the longest word combination possible, but you can score big points with just two letters, especially with a high scoring letter like Z. It is also more common that you will play two letter words, as those are the easiest combinations to make. You may need to play 2 letter words to free up space for other letters. Sometimes your only option may be to play a 2-letter word, so playing strategically is really important with word games. Playing word games can help with puzzle solving skills, expanding your vocabulary, and they are also a great supplement to education for students. With board games, computer games, and apps for your phone, it is easier than ever to play word games.

There are not many 2 letter words with Z in the English language. You can still score big points in your word game depending on where you play these words on the board.

In Scrabble it is possible to get 66 points by playing the word Za if the game board gives you a single A tile to both the right and left of a triple word bonus square. Now, obviously this exact scenario is rare, but it shows how powerful 2 letter words with Z can be. Each word game has different rules and may use different dictionaries, so it’s important to reference the game you are playing to make sure you can use a word. For example, Scrabble and Words With Friends use different dictionaries, so some words may not be valid for one or the other. 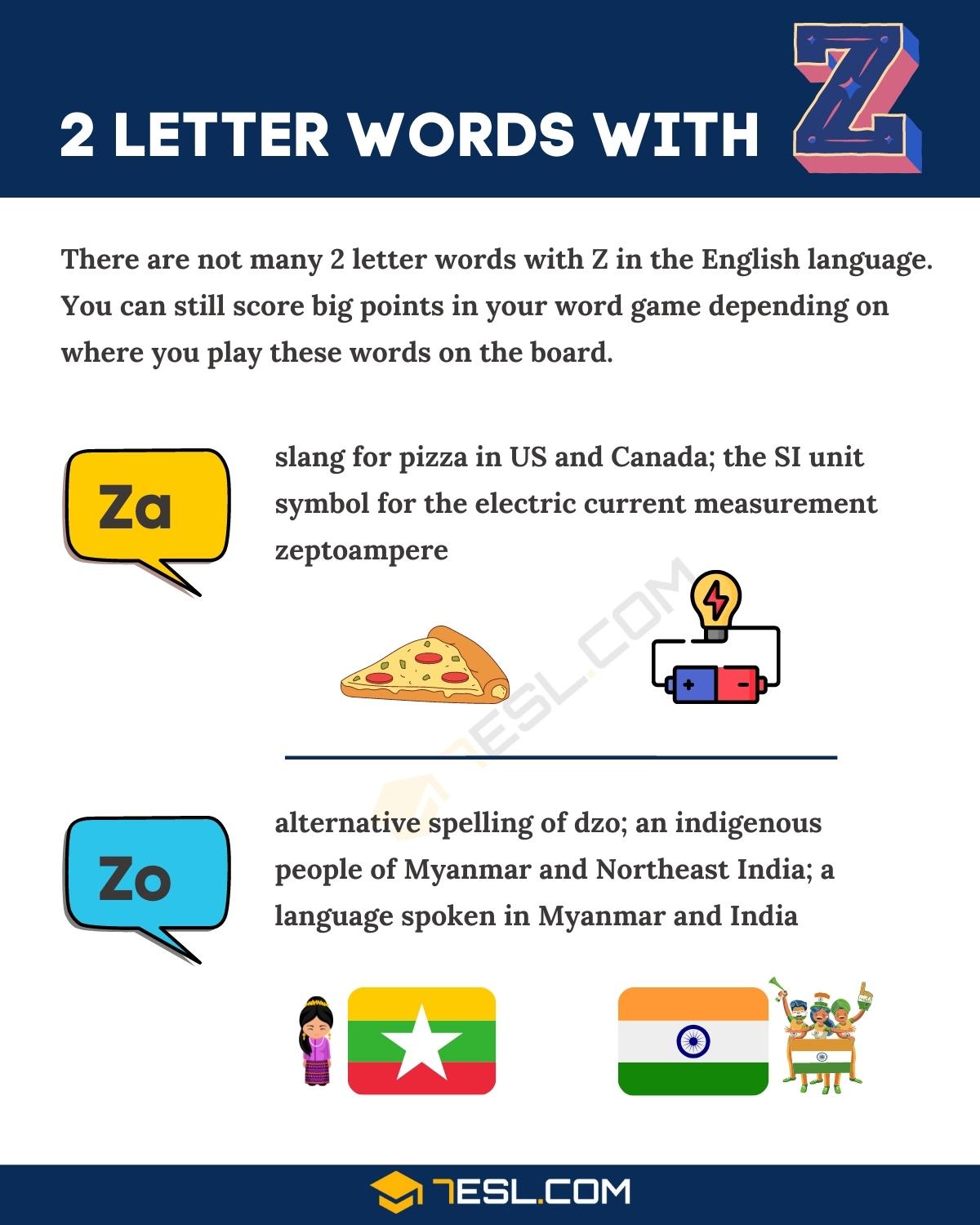