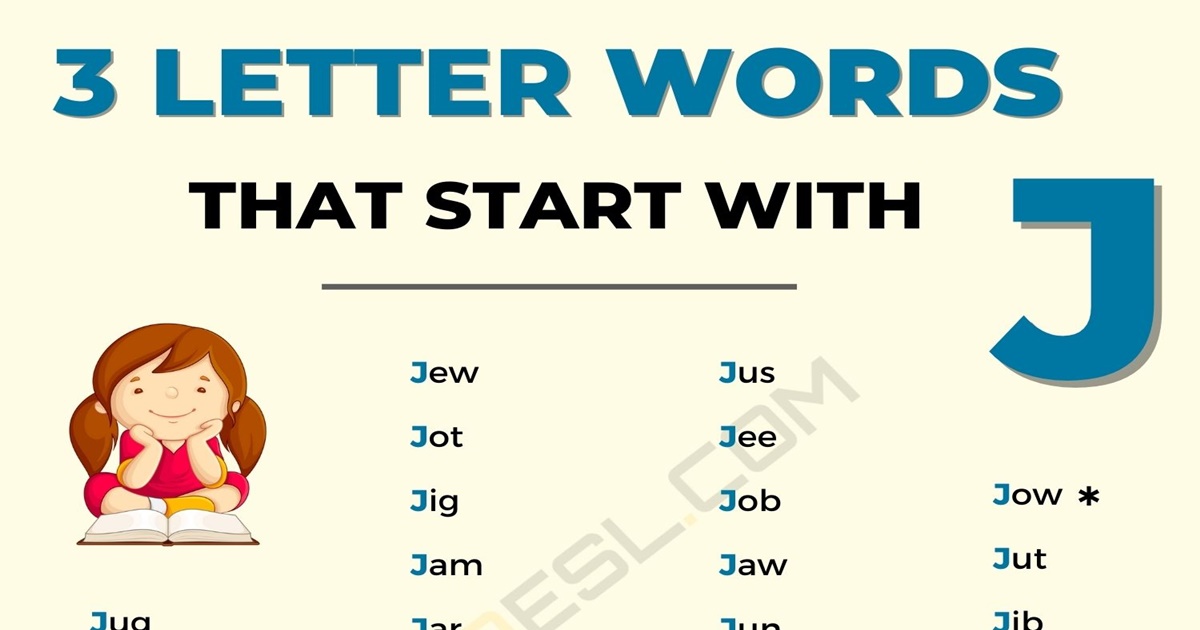 What are 3 letter words with J? Language is fairly complex. It involves the creation and understanding of words from both written and verbal forms of communication. It is an integral part of social interaction, allowing us to provide function and order to our lives. Words are formed together to form the basis of language. While some words and more common, others are used less often. Altogether, there are more than 7,100 languages spoken across the world. This means a wide span of words are used for language across the world in many different countries, cultures, and societies.

Three letter words are words that are formed by the use of only three letters. Here, we’ll look at three-letter words beginning with J. In the English language, there are actually quite a lot of these – more than that which can be created from combinations of three letters that start with a different character.

Basic learning of languages taught in school generally uses short-form words to help kids develop their academic abilities early on. These short-form words naturally include three-letter words since they’re one of the shortest.

We’ll look firstly at short-form three-letter words beginning with J that are both commonly and less commonly used in the English language. This will be followed by combinations that can be formed when playing the popular board game Scrabble, which provides a fun way to get the creative mind working.

Here is a list of three-letter words that begin with J:

As you can see, some of these involve items words that we might use daily: a jug of milk, a jar of jam, broken jaw, going for a jog, are some phrases that you might hear often.

The word Jew refers to those who hold to religious beliefs tied to the tradition of what’s known as Judaism. Job is the popular word used to describe a career, usually for which a person receives payment. Joy is another word that means to be ‘happy.’ To experience joy is to experience happiness.

Others you might be less akin to hearing include the following:

Jus: a type of sauce made from the juices of the meat.

Jee: an avid gamer. Alternatively, it can refer to a type of test loneliness one has experienced over the previous two school years.

Scrabble is the ever-popular game enjoyed by players where words are created using a mixture of letters and presented on a board of 15×15 squares. All of the above words beginning with J can be made when playing Scrabble. However, here are some other three-letter words that start with J that can be formed when playing the game also:

As you can see, there are actually many three letters words that begin with J. Some are more popularly used, while others are less common to hear. Some are native to our English language, while others come from languages that are foreign to us. The complexity of language spans across borders of which every culture experiences their own understanding of how to form words to express meaning and communication. 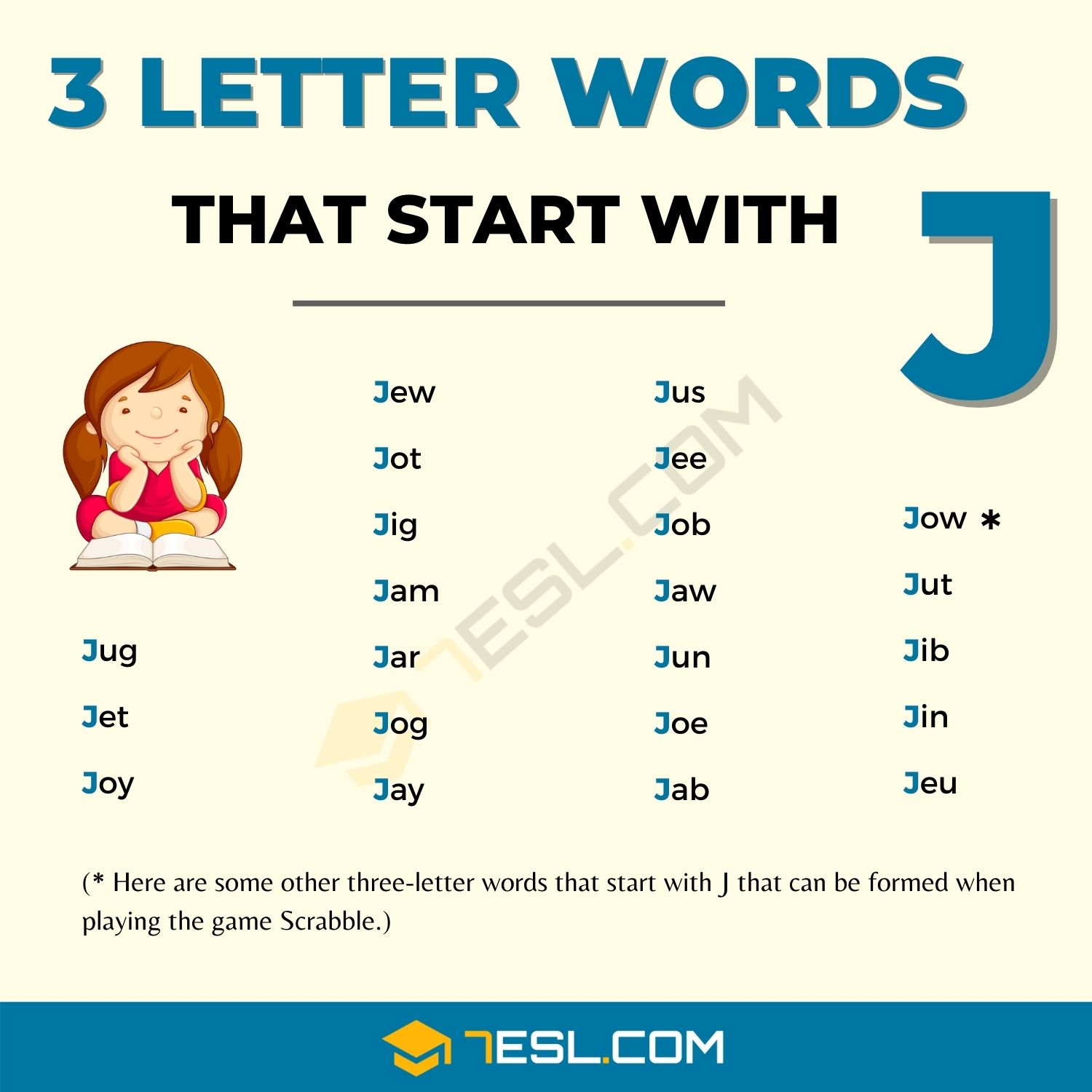