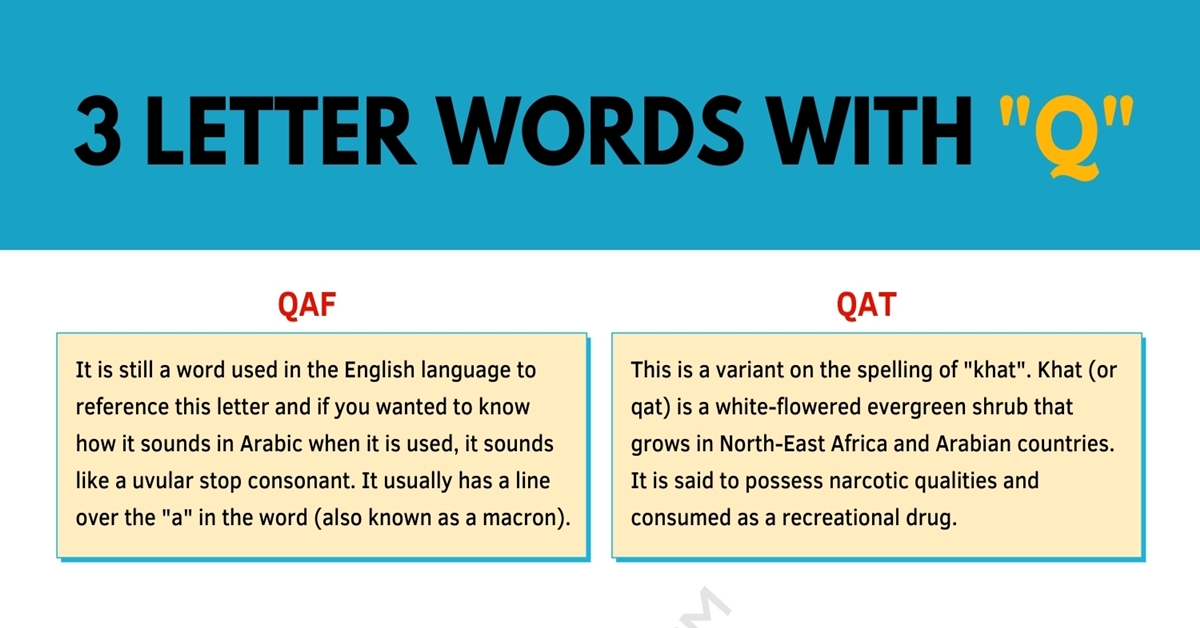 It’s no secret that “q” is one of the hardest letters to include in a word in the English language. It’s for this reason that you shouldn’t be ashamed that you might not have any idea that there are even 3 letter words with q out there. However, although they’re quite outlandish and difficult to work into sentences, we’ll be covering all of the 3 letter words with q in them today and seeing what there is.

What Are 3 Letter Words with Q?

3 letter words with q can be any word that is 3 letters in length with a letter q either as the first, second, or third letter of the word. There are only about 6 known 3 letter words with q in them and we’ll cover all 6 today for you. The hope is that you’ll be able to use them in your speaking or writing voice with any luck, though they can be difficult to work in.

At the very least, you’ll be able to come up with more words that contain q to help you in any games that might require some kind of letter-based knowledge.

Learn more with the list of words that start with Q in English.

Letter Words with Q with Their Meanings & Examples

Qaf is the 21st letter of the Arabic alphabet. It is still a word used in the English language to reference this letter and if you wanted to know how it sounds in Arabic when it is used, it sounds like a uvular stop consonant. It usually has a line over the “a” in the word (also known as a macron).

This is a variant on the spelling of “khat”. Khat (or qat) is a white-flowered evergreen shrub that grows in North-East Africa and Arabian countries. It is said to possess narcotic qualities and consumed as a recreational drug.

The plural of the word “qi”, which has grown in popularity over recent years. It has Chinese origins and sounds like “key”. It is believed to be the life force that flows through all bodies and keeps them going. Acupuncture therapy is said to directly enhance your qi.

This is probably the easiest word on the list to be able to work into a sentence after you’ve studied the rest of them. Qua means either “as”, “as being”, or “in the capacity of”. It originates from the Latin word “qui” which means who. In a sentence, it can be used as follows: “the work of art qua art can be judge objectively and aesthetically”.

Though debatable as a word, quo is most commonly found alongside the word “status” to form the “status quo” which means the existing state of affairs or conditions of one’s environment. It can also be used as a shortened version of the word “quoth”.

Another word with Arabic roots is a variation of the spelling of “suk”. A suk is an Arabic market, most notably a traditional bazaar, and can be spelled either with the “k” or with the “q” at the end. It’s the only one of the 3 letter words with q that doesn’t start with q. 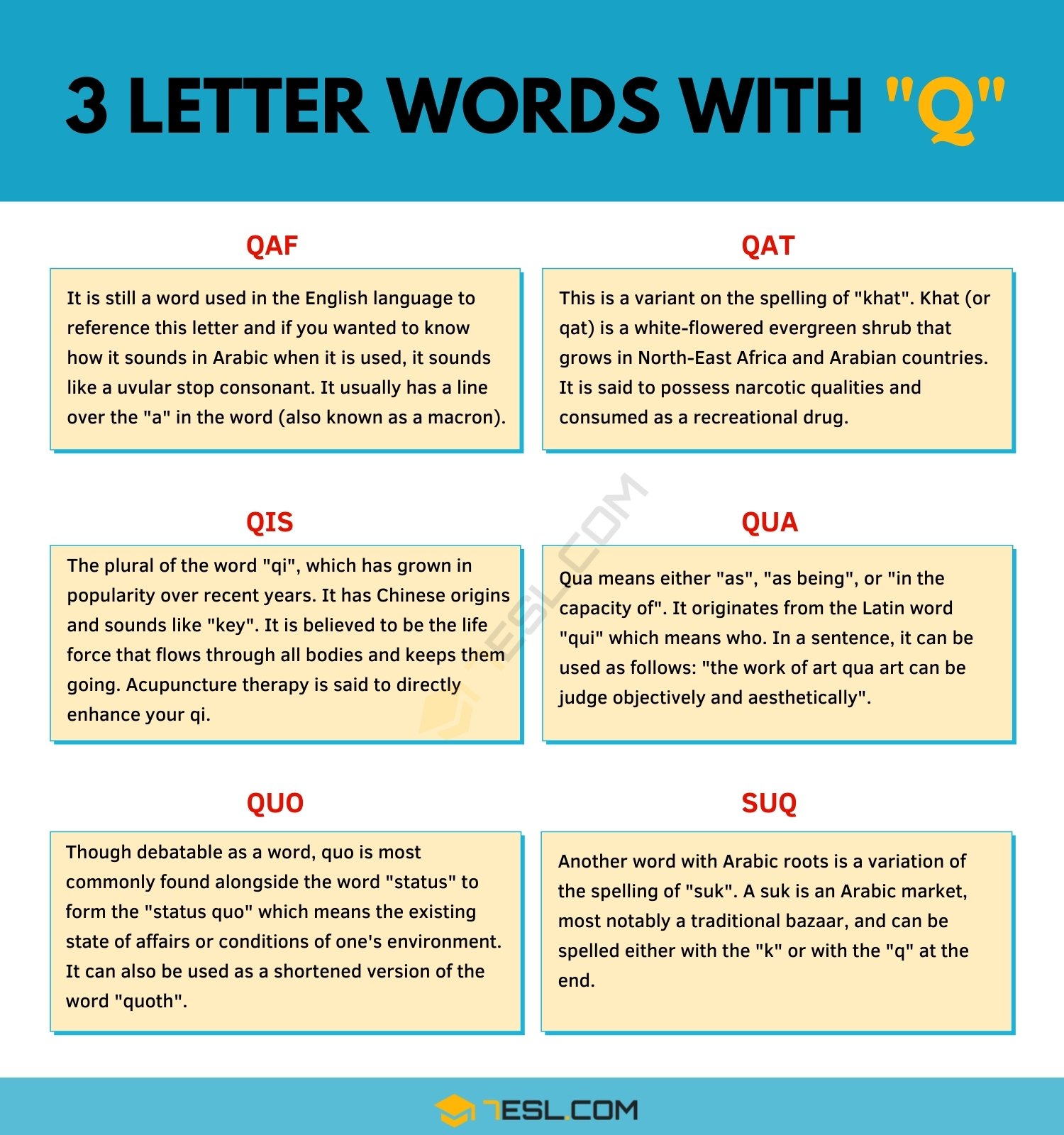