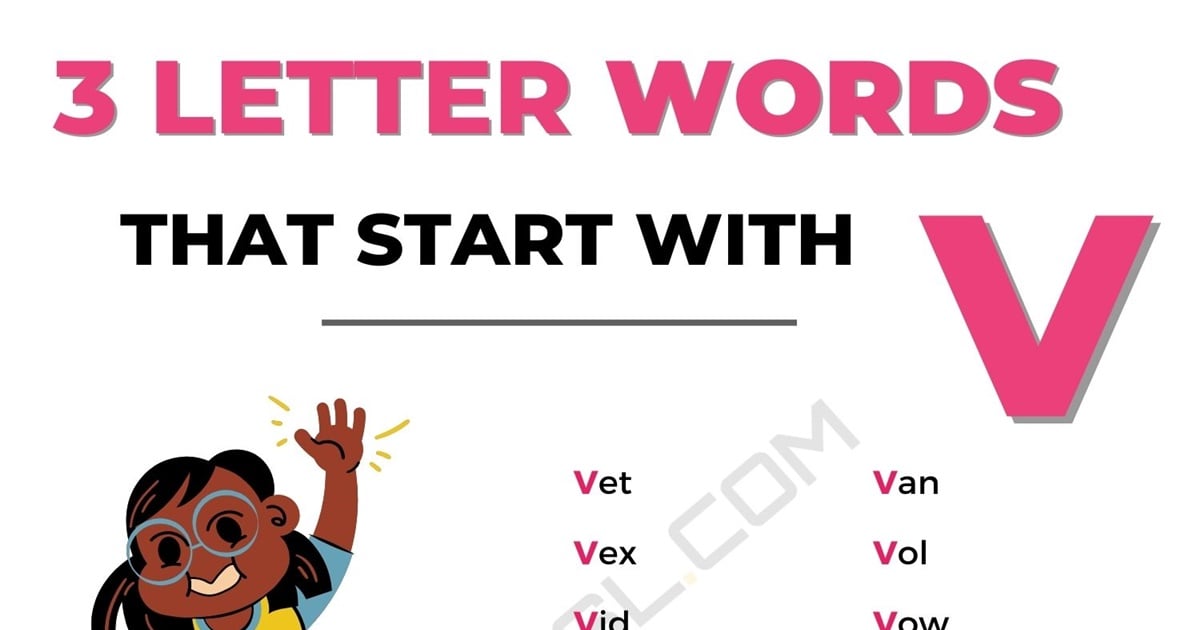 What are 3 letter words with V? Language is the medium through which we as human beings communicate, connect, and form relationships with one another. Talking, writing, and reading all allow us to develop expressions that are essential for us to function in everyday life.

Discussions with loved ones, completing tasks at work, and romantic relationships all depend upon our use of language and words. Words form the basis of language which is considered a cultural, social, and psychological phenomenon within the world and making sense of meaning.

Three letter words describe words that are created by using only three letters. For example, commonly used ones that you’d might expect to hear spoken are “man” and “her.” These are both words used practically daily in everyday language when we refer to people, both of the male and female sexes.

Sometimes three-letter words are used as abbreviations for longer words. Shortening them down can make them either quicker to write or say and so making language a little more simple. A few that can be used to shorten when written are ‘MSG’, which is short for the word message, and ‘PTO’ which signifies to please turn over a page or document.

Another one which we’ll mention later also is ‘vol’, an abbreviation that is short for volume. The word vol can be used in both speech and writing to make it easier for the description of the word its meaning is linked to.

Here are some three-letter words listed below:

While some of the words listed above are in full, others are used as abbreviations (which was mentioned briefly earlier). Some are more commonly used, while others are less frequently used also.

Take the word ‘van‘ for example. It’s a word that we hear often and is used in common language to describe a type of vehicle often used for the distribution of goods. When we think of ‘vow‘, perhaps the scene of a wedding springs to mind, and the use of wedding vows to constitute a marriage between two people. ‘Vet’ is short for veterinary which is the word used when talking about the line of work that involves the care and protection of animals.

Three letter words beginning with V that are used to abbreviate words here include ‘vol’ and ‘vid.’ You might see these written to shorten down the words volume and video respectively.

Other 3 Letter Words with V & Their Meanings

There are other three-letter words beginning with V that are listed above and are also used. Here they are along with their meaning: 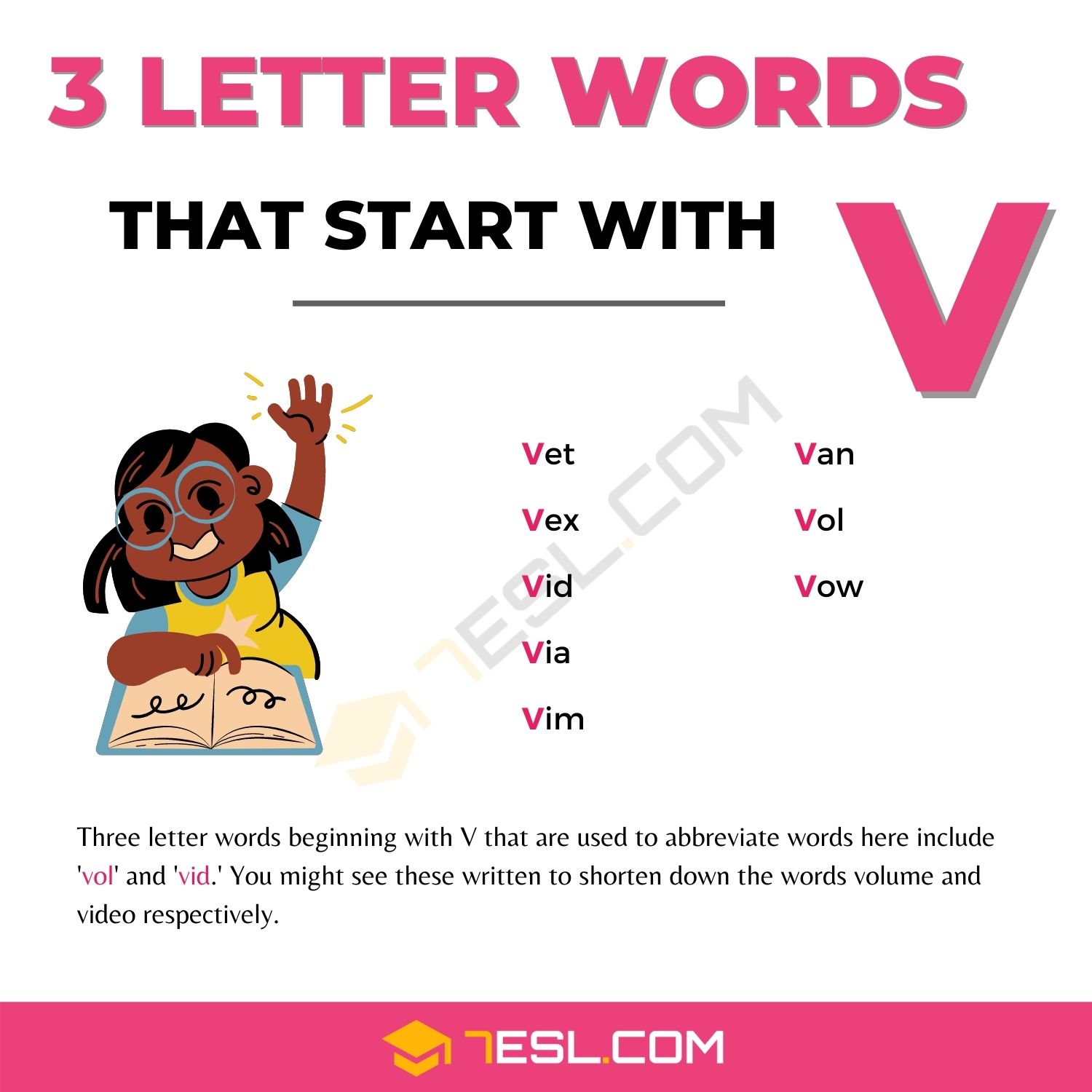