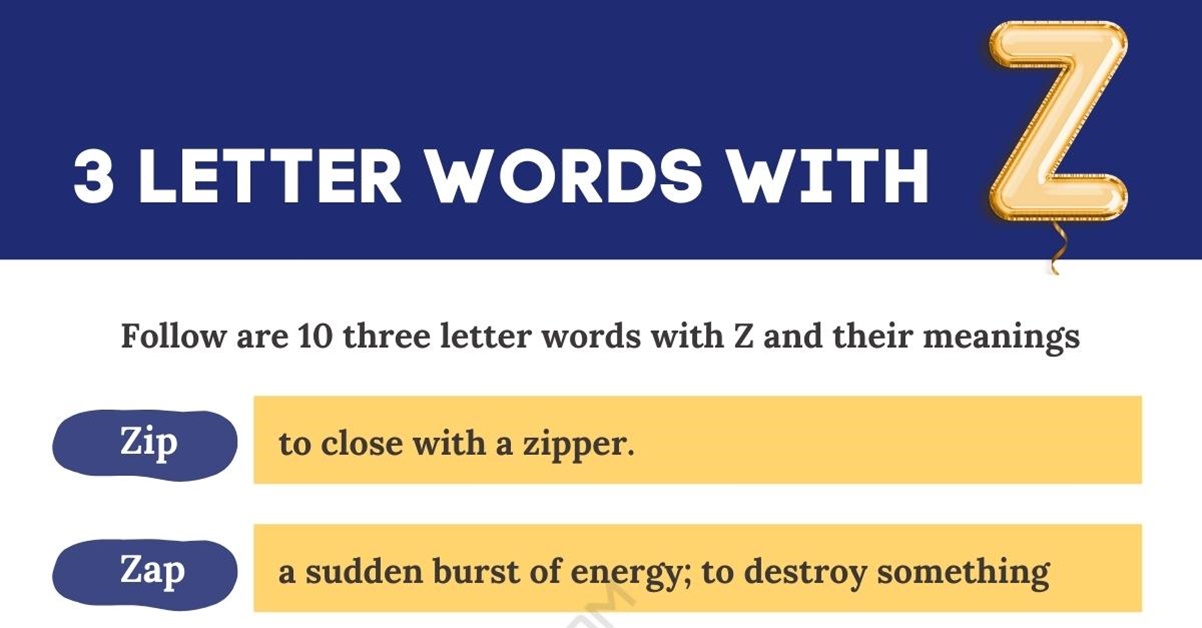 What are 3 letter words with Z? Expressing yourself is always easier when you know how to say what you want to say and although we many tend to reach for bigger words, it’s really the small ones that make the big ones possible. It’s the small words that create a foundation for what you need to say. We’re going to briefly examine what a three letter word is and why they’re important to the English language then dive into some examples of three letter words with one of the least used letters – z.

What are 3 Letter Words?

Three letter words are any words composed of only three letters. They are used primarily as the building blocks of the English language and often go overlooked in favor of longer words but it would be nearly impossible t0 write or speak coherently without them. Some common 3 letter words are are, the, and, as well as cat, dog, or bat. Pause here and think about trying to write a paragraph without once using: the. Can you do it? They may be tiny, but these little words are indispensable to us in any form of communication.

If you’re looking for even more unusual 3 letter words to boost your vocabulary, a good place to look for is using those 3 letter words that contain infrequently used letters such as q, v, x, or z. Let’s take the letter z as an an example. Even though z isn’t a commonly used letter, there are many three letter words with z in them. The following list is just a few of those words.

3 Letter Words with Z with Meanings

Even with this starter list, you can see that 3 letter words with z in them are more abundant than you might expect. Though you may not use them as often as you use some of the other 3 letter words, these words are sturdy as their more common building block brothers. You can use them to add some color to your descriptions in everyday conversation or when you’re writing a little z word will add some zing to what you’re saying. Remember the more words you know, the better you’ll be able to communicate and the stronger your argument will become. Those three letter words are essential to our language and the more you know of 3 letter words with little used letters, such as z, the better of you will be. 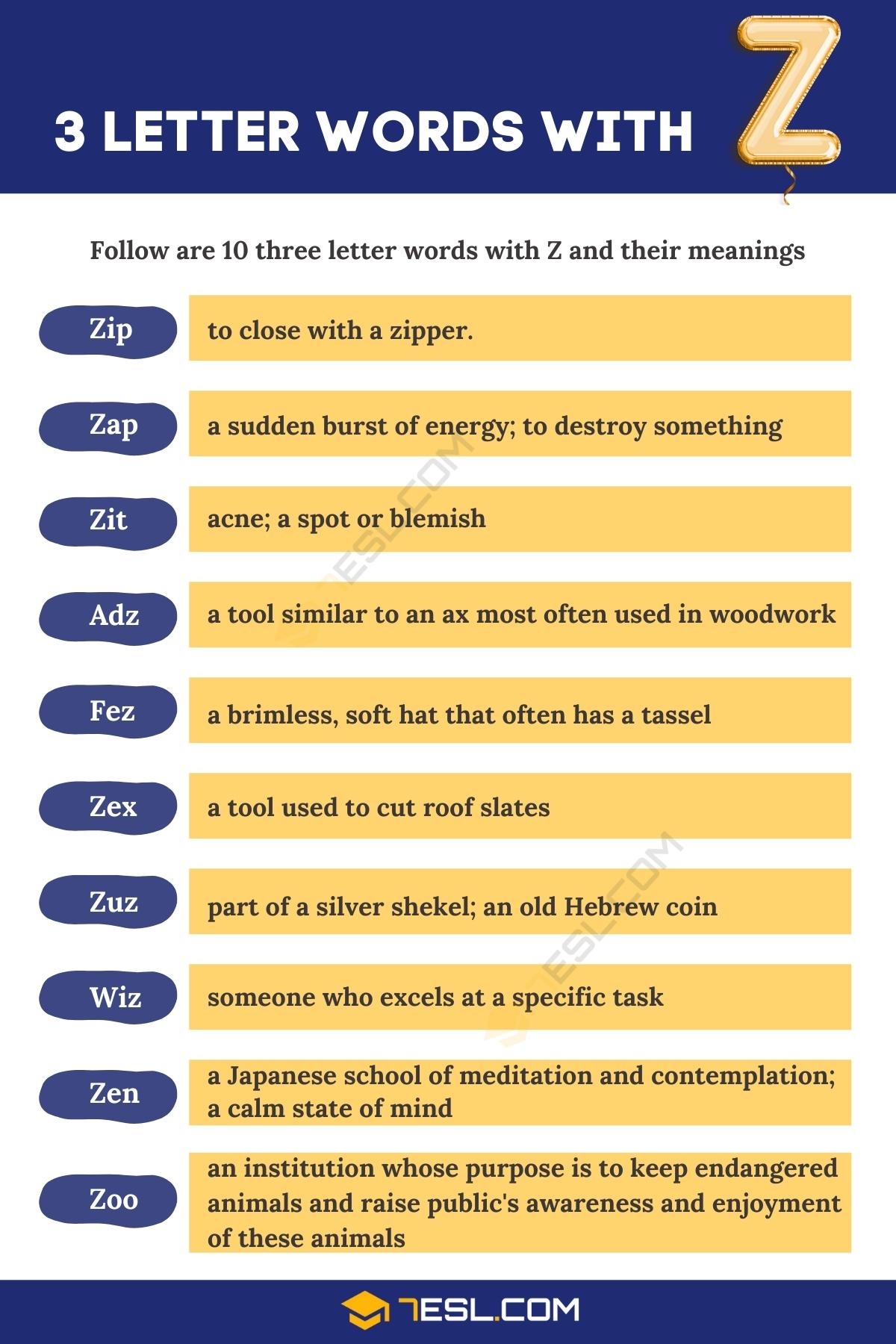