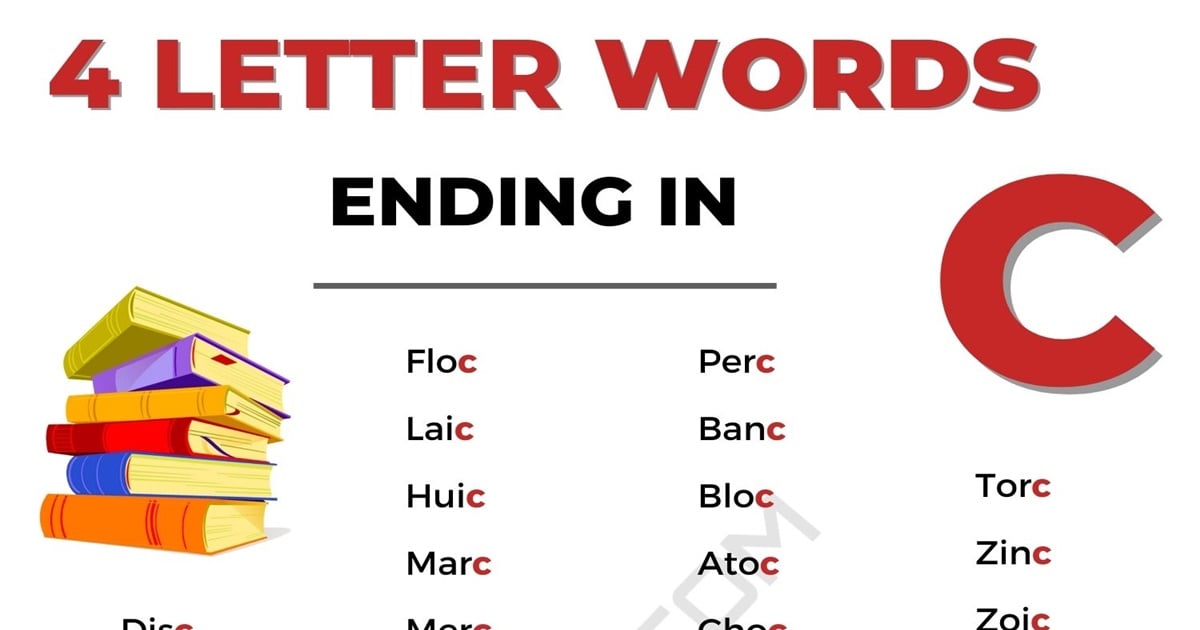 Language forms the basis of social interactions, and it is the method through which we communicate. Without language, we wouldn’t be able to make relationships with one another or be able to be as efficient as we should be at work and throughout daily life. Words join together in a natural flow to create sentences, which together become our language. Depending on your location, language can be used very differently. Most countries have their distinct language structure that’s often different from that of other countries.

Four letter words are words that contain only four letters to be formed. For example, some four-letter words include “stay,” “mine,” “your,” and “that.” Four letter words often contain at least one vowel (either a, e, i, o, or u). The majority of letters often used in words will contain consonants. This is the same when it comes to four letter words. However, there are rare occasions when words don’t contain any vowels.

Here is a list of four letter words that end in C:

There are many different types of 4 letter words ending in C provided here. Some include abbreviations that shorten words to make them quicker and easier to speak and write. Others include names. Then some of them are words that we might use in everyday language, while others are less commonly used or foreign to those who are English speaking.

Some names that end in C are “Marc” and “Eric.” While “Marc” is often spelled more commonly as Mark, it can also be spelled by ending with a C also.

Below are some other words that end win C and their meaning:

Here, we’ve given mention to a number of four letter words that end in C. Some of them are more commonly used in language, while others are less commonly used. While some are abbreviations to shorten words down, others are used as names. Then there are some that are foreign to those of us who are from an English-speaking background. 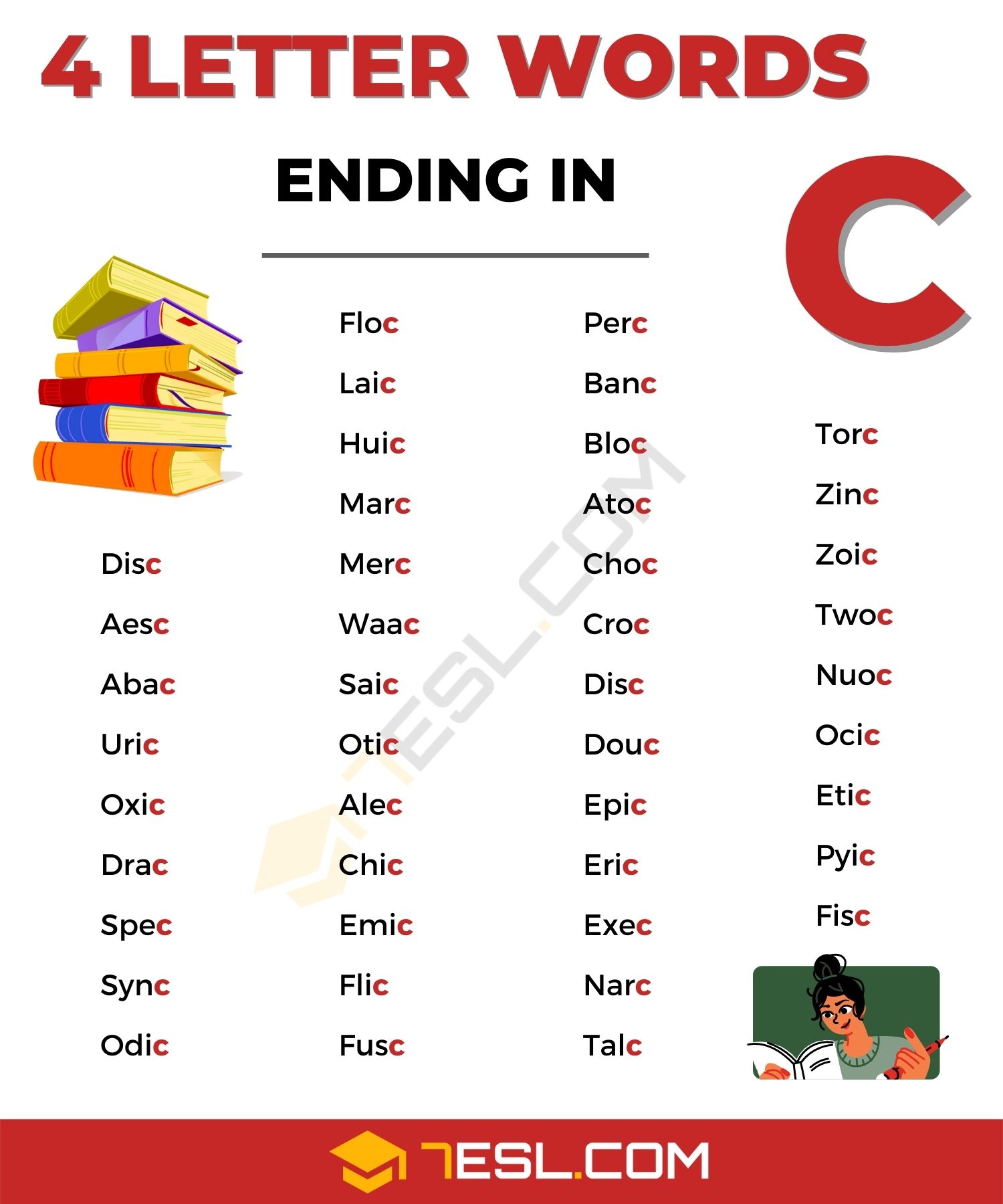