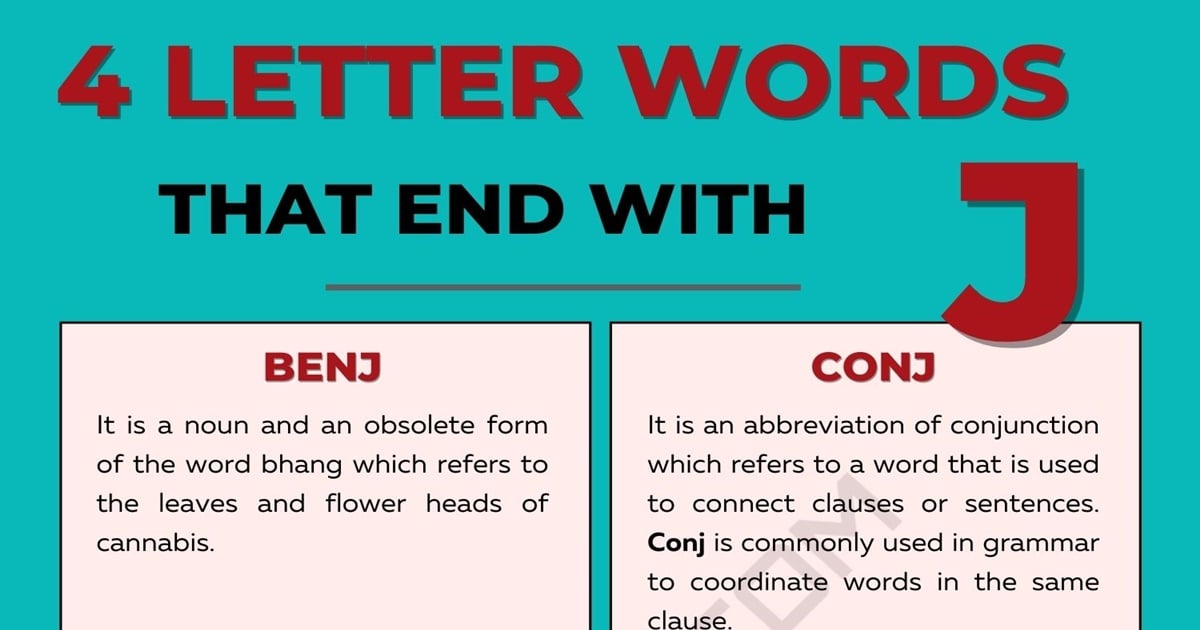 What are some 4 letter words ending in J? J is the 10th letter of the English alphabet which was established as a consonant letter in the 17th century. Before its establishment, scribes used to interchange the letter J with the letter I which was confusing to scholars. It was in 1542 when the clear distinction between the two letters was made.

Gian Giorgio Trissino is known as the “Father of The Letter J” who has contributed to this great development. He was an Italian Rennaisance grammarian who paved the way for the letter J’s permanent placement in the English alphabet. In terms of usage, the letter J is considered an uncommon letter, and finding a 4 letter word that ends in the letter J can be quite challenging but fun at the same time.

Words that are composed of 4 letters are called 4 letter words and they have quite a reputation about them. These words are one of the most sought-after words when it comes to playing board games such as scrabble because they offer great opportunities in maximizing your scores in the game. The 4 letter words that end in J may be scarce but finding one can be absolutely rewarding. It will not only help you in achieving victory in the game but also, in expanding your vocabulary and in enhancing your life.

4 Letter Words Ending in J with their Meanings

It is a noun and an obsolete form of the word bhang which refers to the leaves and flower heads of cannabis.

It is an abbreviation of conjunction which refers to a word that is used to connect clauses or sentences. Conj is commonly used in grammar to coordinate words in the same clause.

In Islam, hadj refers to a pious Muslim’s pilgrimage to Mecca. Hadj is one of the five pillars or core beliefs of Islam. Every Muslim is expected to go on a Hadj at least once during their lifetime in order to cleanse their hearts and attain forgiveness.

It is a noun and an alternative spelling of Hadj. Hajj refers to a Muslim’s sacred journey to Mecca and all Muslims who have been to Mecca as a pilgrim will earn the title of “Haji.”

It is an abbreviation of the words subject, subjective, and subjunctive. The abbreviated subj is often used to introduce a subject line which can mean “in reference to,” “concerning,” or “with regard to.”

Learning the words Benj, conj, hadj, hajj, and subj is a great way to improve your linguistic skills in order to write efficiently as well as enjoy a meaningful conversation with friends, colleagues, or families. When it comes to playing board games especially scrabble, learning these 4 letter words that end in J will work to your best advantage as it can definitely increase your competence which will eventually lead you to your victory in the game.

The words Benj, hadj, or hajj can also be a great topic to discuss whenever you need a conversation starter over dinner or while embarking on a road trip with friends and family. 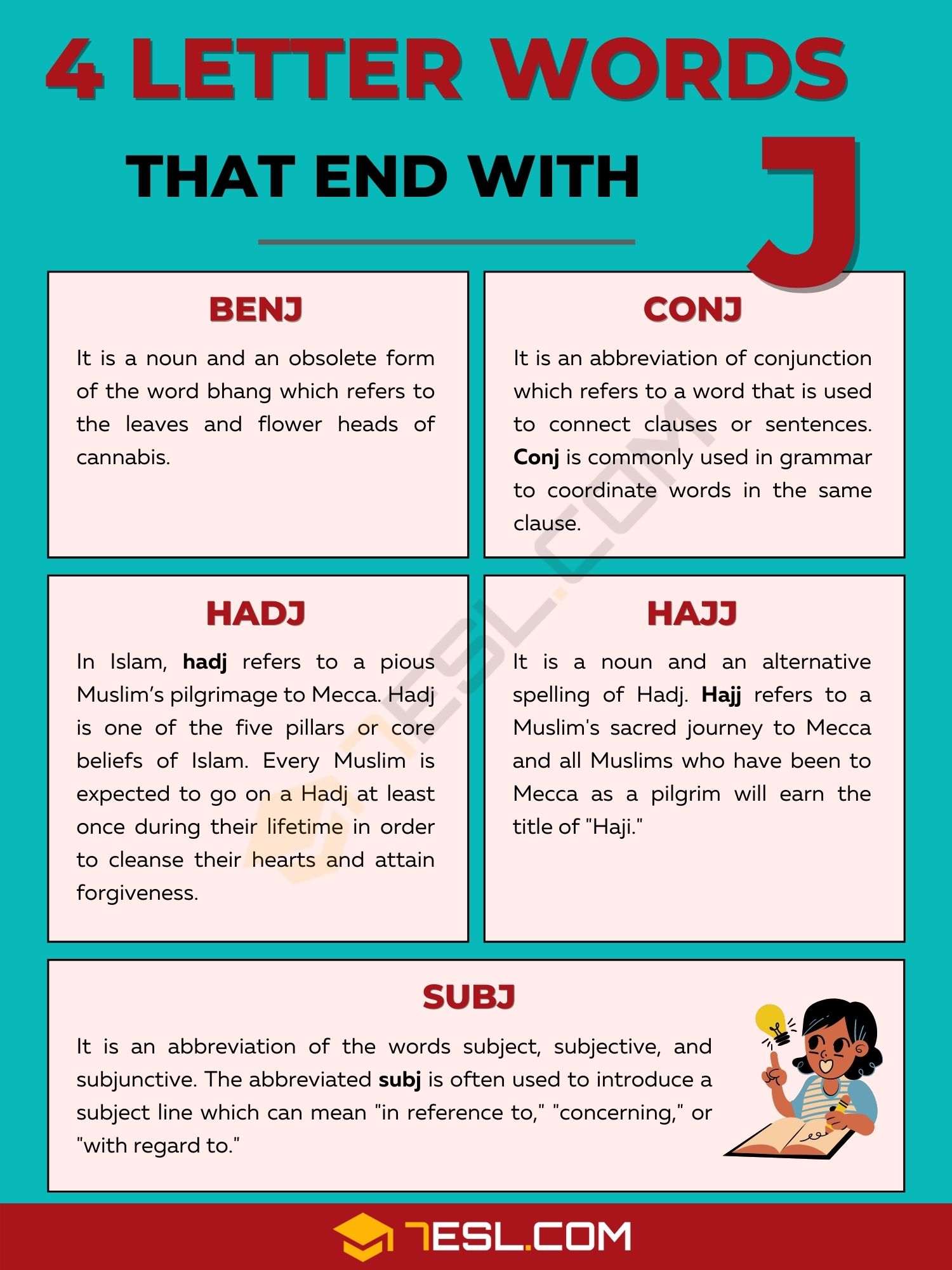