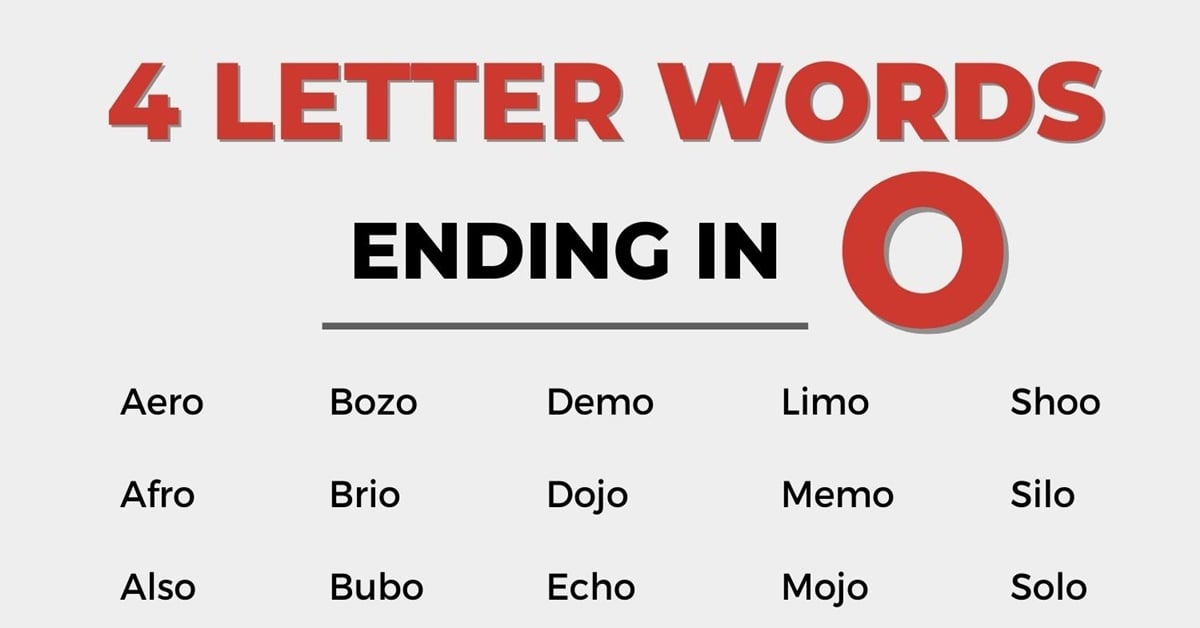 What are 4 letter words ending in O? O is the fourth most common letter in the English alphabet with the longest history that can be dated back to over 3000 years. With the letter frequency of O, you will find that there is a myriad of 4 letter words that end in O.

The 4 letter words refer to a set of English language words written with four letters. These are valuable words for they can be used effectively to enrich a preschooler’s reading skills. When it comes to playing word games such as Scrabble and Words With Friends, knowing these words will definitely help in increasing your score in the game.

4 Letter Words Ending in O and Their Meanings

Follow are 4 letter words that end in O and their meanings. 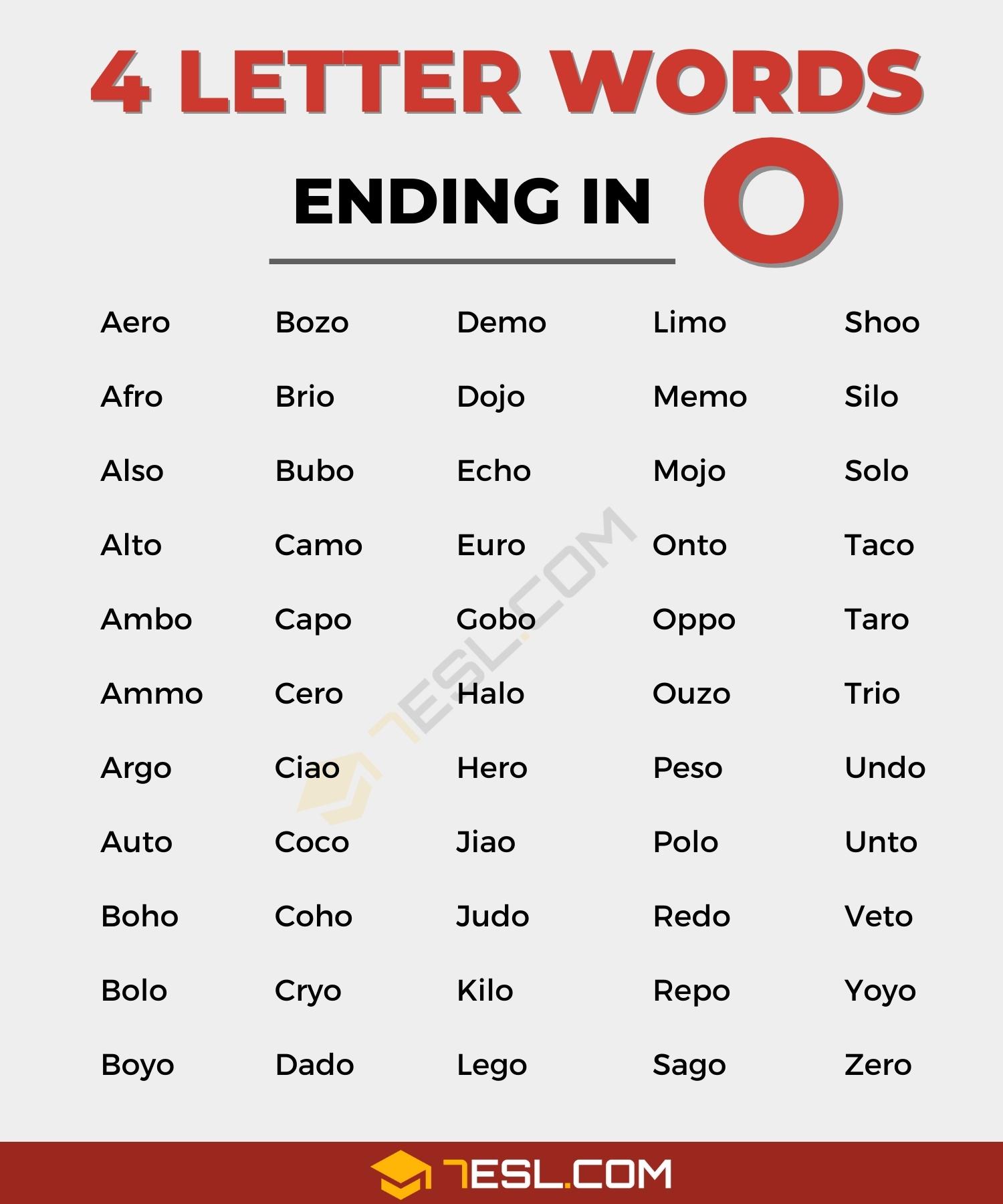