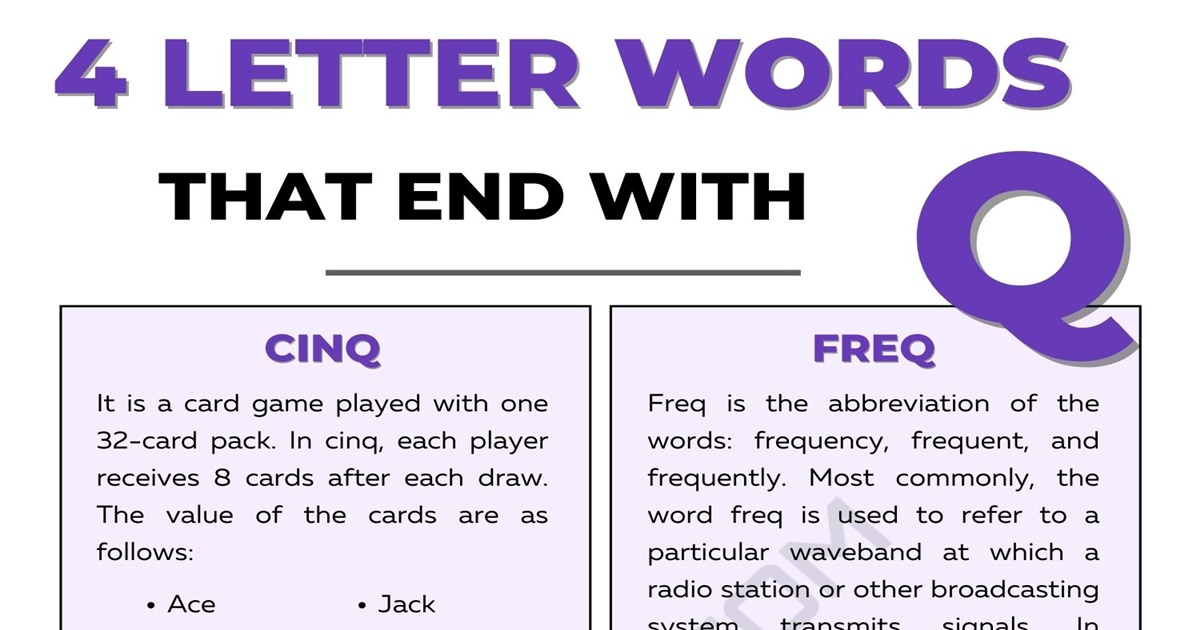 What are some 4 letter words ending in Q? Whether you’re teaching Q words to your kids or just trying to be competent while playing scrabble, coming up with a word with the letter Q can be quite challenging as this letter is not as frequently used compared to the other letters in the English alphabet.

Letter Q typically comes with the letter U which makes the /kw/ sound while a q-ending word makes the /k/ sound. If you’re searching for a 4-letter word that ends with the letter Q, then we have rounded up this list for you. Although there are only a few words on our list, these words listed below are still important to be added to your vocabulary because they are interesting, relevant, and fun. Let’s take a look at what these 4-letter words are and enumerate the 4 letter words ending in Q as well as learn their definitions.

Any word that consists of only 4 letters are classified as a 4-letter word and are deemed valuable in order to improve word skills, comprehension, and academic performance.

4 Letter Words Ending in Q with their Meanings

It is a card game played with one 32-card pack. In cinq, each player receives 8 cards after each draw. The value of the cards are as follows:

The cinq card game has a plethora of varieties and it is similar to the game bezique which is a two-player card game that originated in 19th century France.

Freq is the abbreviation of the words: frequency, frequent, and frequently. Most commonly, the word freq is used to refer to a particular waveband at which a radio station or other broadcasting system transmits signals. In statistics, freq is also used to refer to the rate of occurrence or repetition of the variables in a given sample.

It is a geographical name of a country in Southwestern Asia. Iraq borders Turkey, Iran, Kuwait, Saudi Arabia, Jordan, and Syria with Baghdad as its capital city. The country that we now know as Iraq was once Mesopotamia, a “Cradle of Civilization” within the Tigris–Euphrates river system where the advanced social and cultural development of mankind began.

Learning the words cinq, freq, Iraq, and seqq can be quite interesting, fun, and beneficial. It will not only widen your vocabulary or improve your language skills but also, it will allow you to efficiently engage in conversations as you are already familiar with these important words. When it comes to playing Scrabble with friends, the words listed above offer great potential in securing that big score as the letter Q holds so much value. With these unique words in your vocabulary, you will have a reserved knowledge that can definitely come in handy not only today but also, later on as you move along with life. 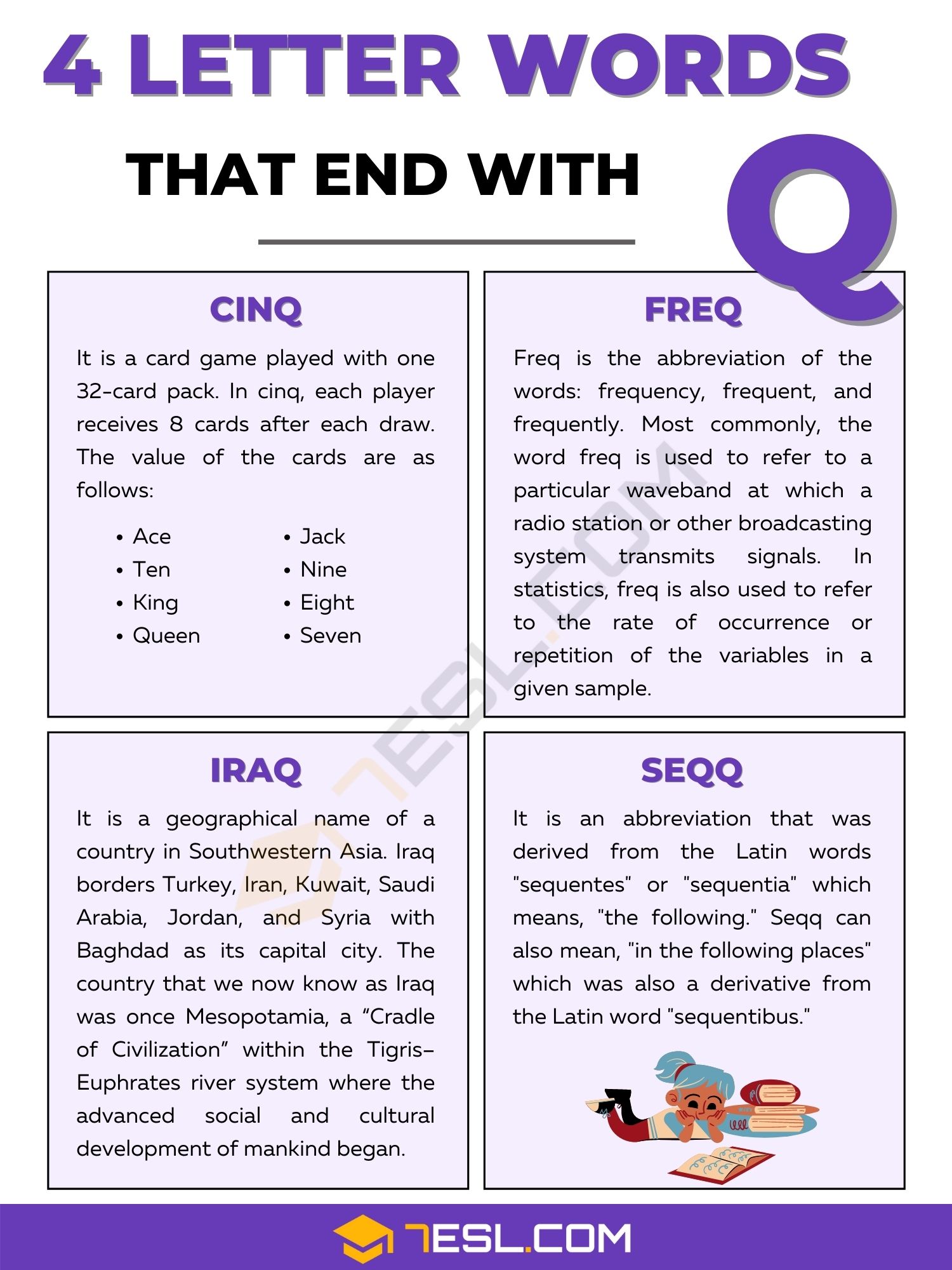