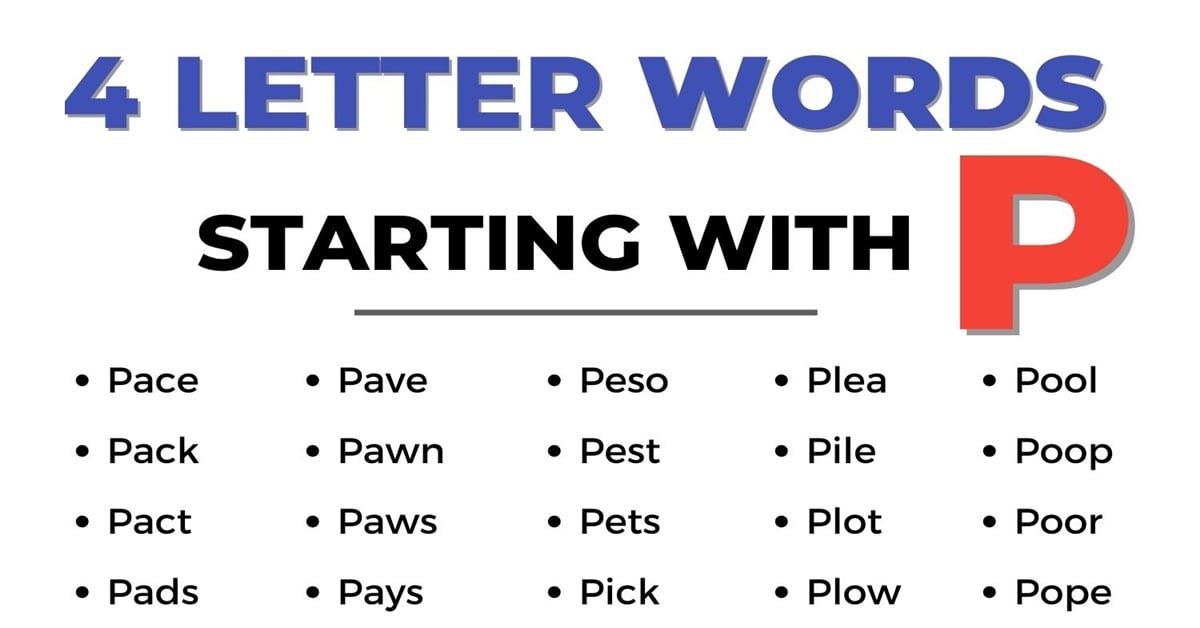 Words that begin and end with 4 letters are considered small words compared to other words in the English language since there is a plethora of words that are used to describe many different aspects of life and everything that goes along with it that are generally longer much like the words in this article. Short letters can usually have an impact on people as they tend to contain compacted and meaningful definitions behind them. Not all 4 letter words are astounding and full of meaning, however I have come to find out that these words can have a simple and direct effect that can generally deliver an intended message even if the word(s) may contain vague language behind them. In the next section we will describe and make a list of 4 letter words starting with the letter P in alphabetical order.

In this list we will jot down 100 of the most commonly used 4 letter words starting with P in alphabetical order. These words are commonly used throughout North America and especially in the United States. Some of these words are applicable to business aspects while others are generalized and can be used in daily conversation.

In conclusion, these 4 letter words starting with P are pretty common among Americans and people who speak English in North America. Sometimes the right sources can be the most helpful, especially when doing research for a project in school or when needing extra information over something for business or individual purposes. Something that I consistently keep in my mind and is always good to remember is that proper preparations prevent poor performances. 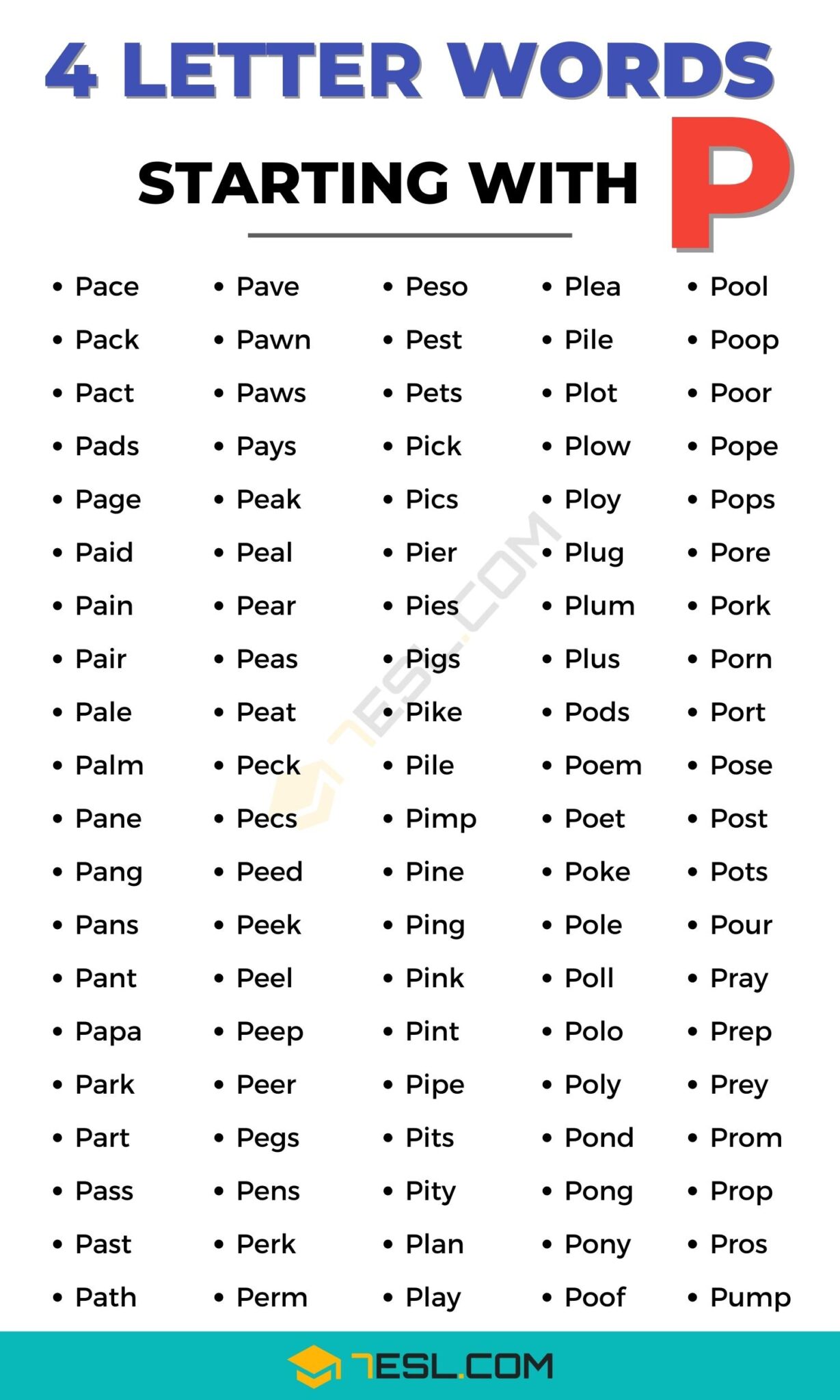