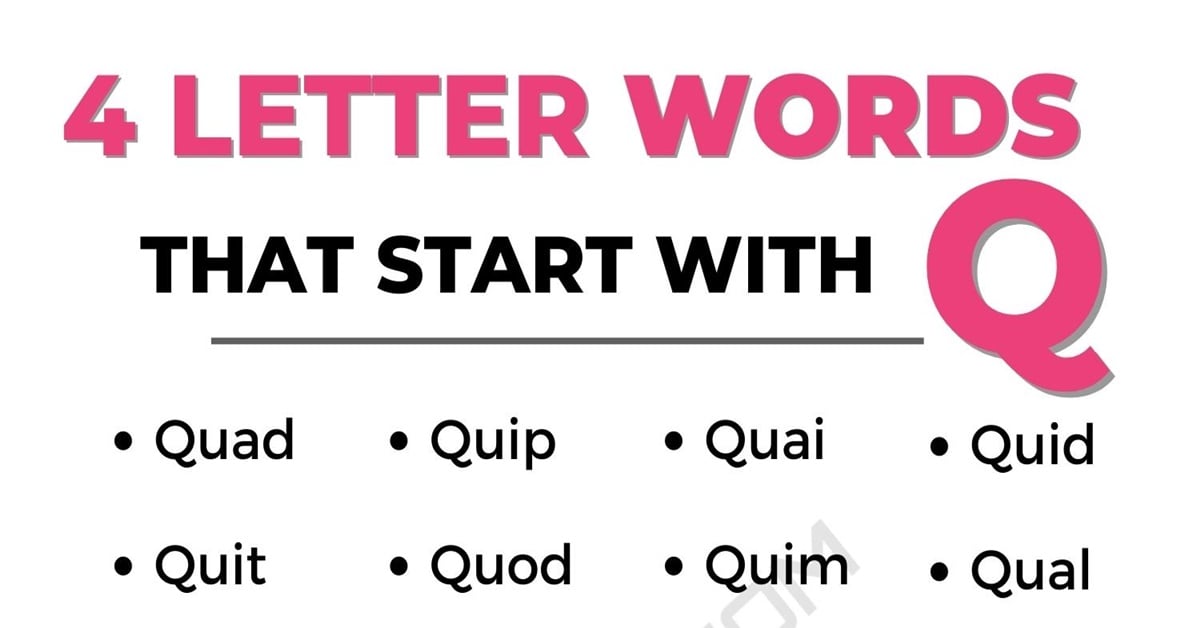 What are 4 letter words starting with Q? Words are formed by the combination of letters and are spoken by way of language. Language is a cultural and societal tool that we use to interact, build relations, learn, and grow. Without language, the world wouldn’t be what it is today. Language has helped with human development, and one of the main impacts of the growth of the human brain throughout evolution was how it helped to develop our language and understanding. Through this, we’ve grown to adapt and advance in many ways. Some of these can be seen in many of the technological tools we used today.

There are 26 letters that can be used to form words. This is known as the alphabet. The alphabet contains a mixture of what are called “vowels” and “consonants.” Vowels are the letters a, e, i, o, and u. Consonants are all the other 19 letters of the alphabet.

4 letter words are words that are produced by using the combination of a total of 4 letters. Some examples of them include “door,” “four,” “sore,” and “core.” As you’ll have noticed, all 4 of these examples sound quite similar. However, they have very different meanings. Even though they have 3 letters that are the same, only their first letter is different. This displays the complexity of language.

Here, we’re going to discuss some 4 letter words that start with Q. You probably already have some of them that come to mind. However, they actually come in plenty, along with some words that are much less commonly used in everyday language.

Here is a list of 4 letter words that start with Q:

Some more are listed as follows:

Other 4 letter words that start with Q are:

Some of the words above, you’ll be familiar with. However, others will likely be new to you. Language is complex, varied, and in some cases, can even be difficult.

Some common words above include “quit,” “quid,” “quad,” and “quiz.” “Quit” refers to when someone has decided to stop doing something that they were previously engaged in. “Quid” is another word used within the UK often in reference to the pound sterling, used within their common currency. “Quad” can either be a type of bike or an abbreviation of the word quadruple. While “quiz” is often used to describe a type of entertainment game that involves groups of people competing against each other in teams.

Language is a complex tool that has developed over time and has become the way that we communicate and form relationships together. Some words are more commonly used than others. With 4 letter words, there are a number that start with S, which have been listed here. Some of them are used daily, while others you might only hear frequently. Either way, they all form part of what is known to be “language.” 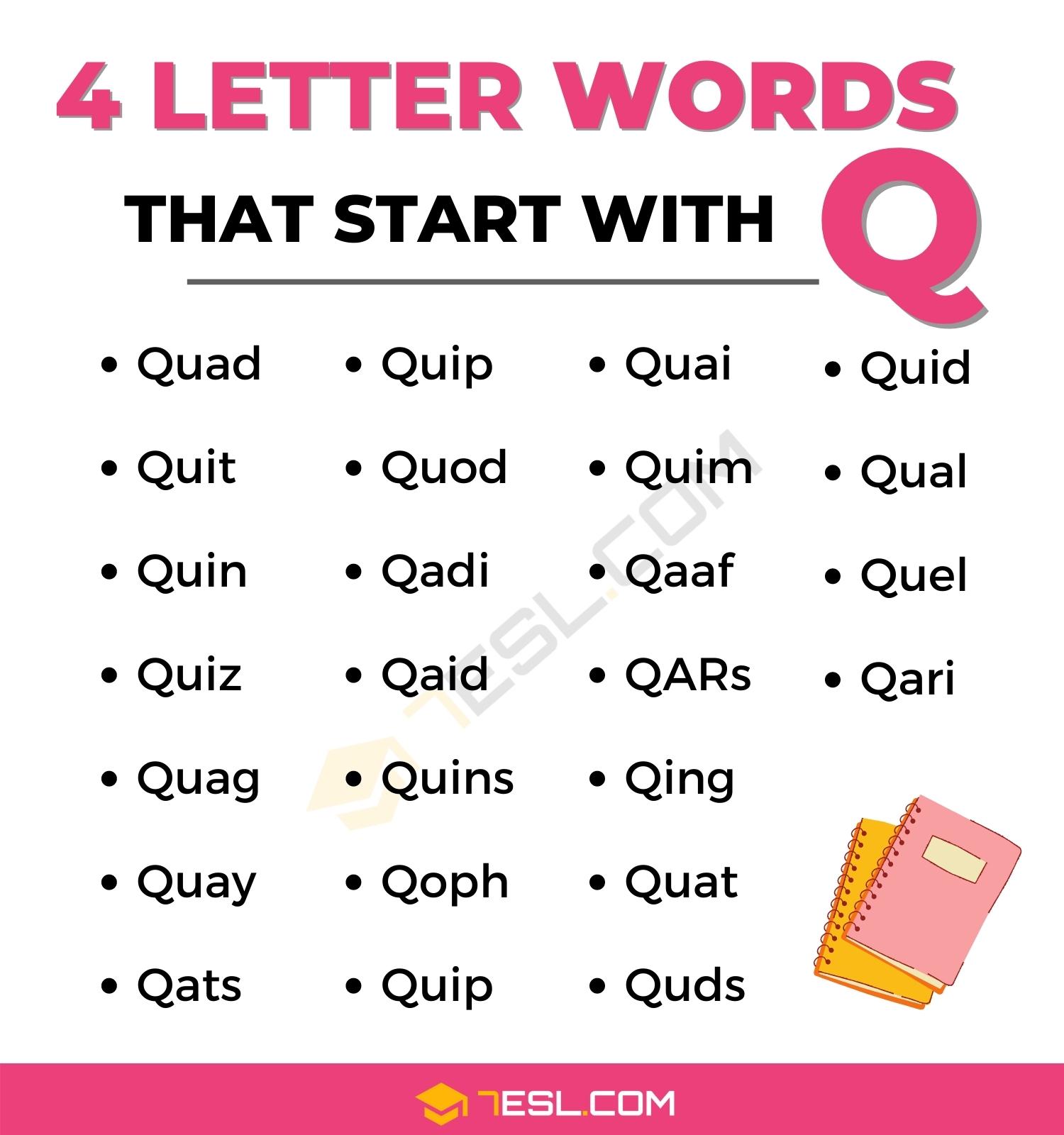