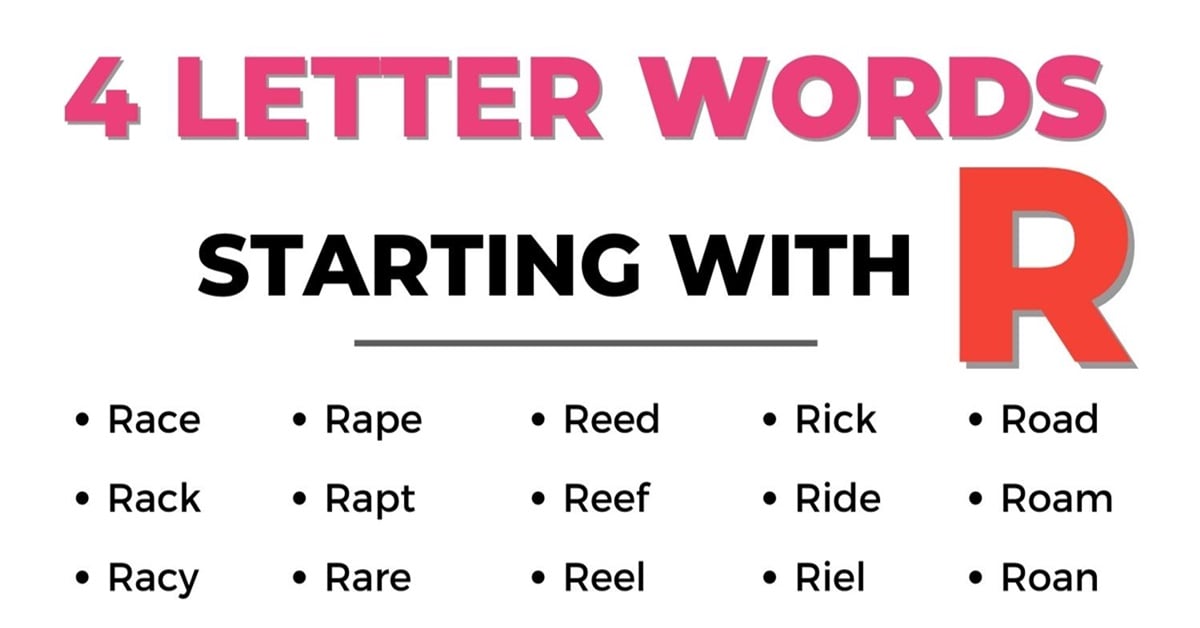 The 4 letter words are short words that are composed of only 4 letters.

Following are 130+ 4 letter words starting with R and their meanings. 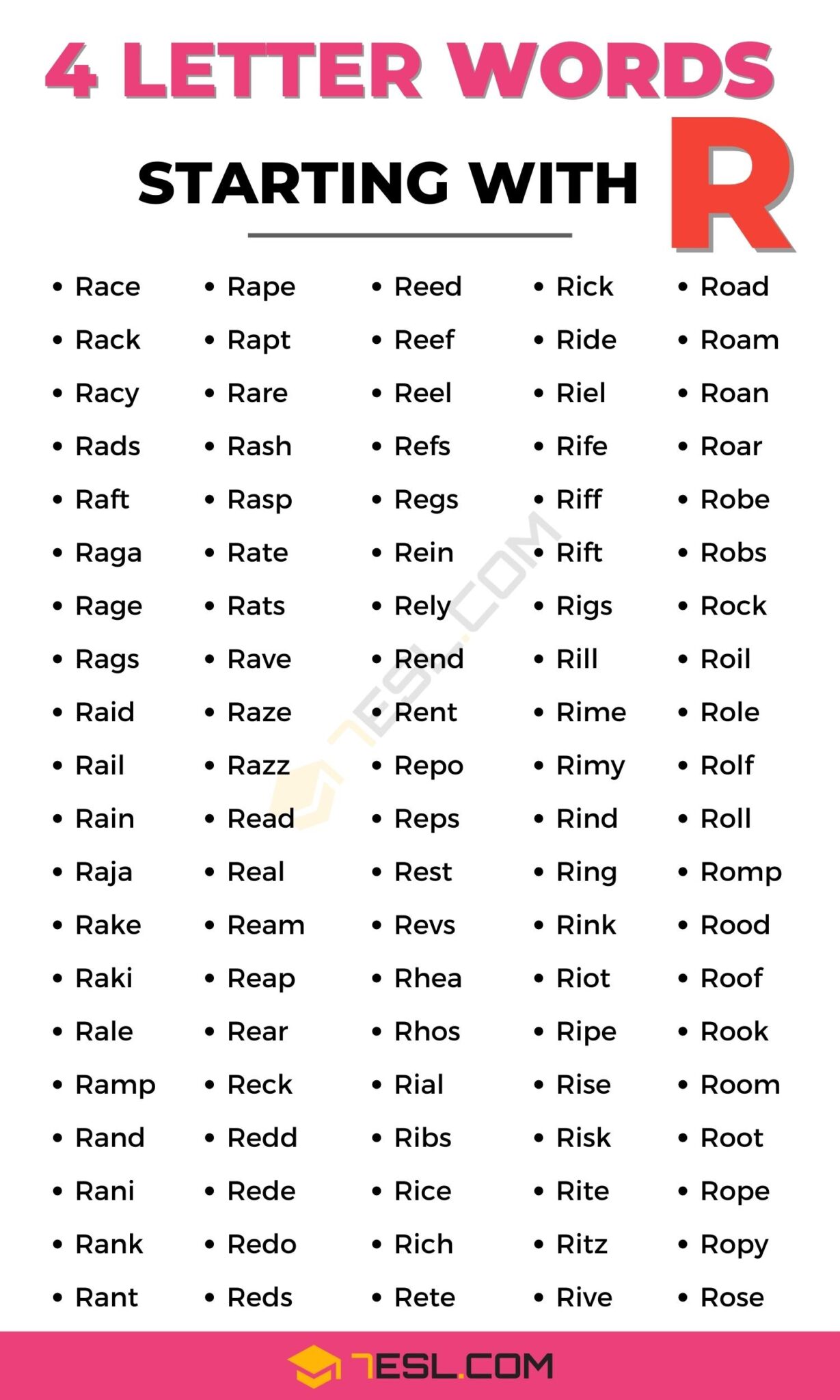