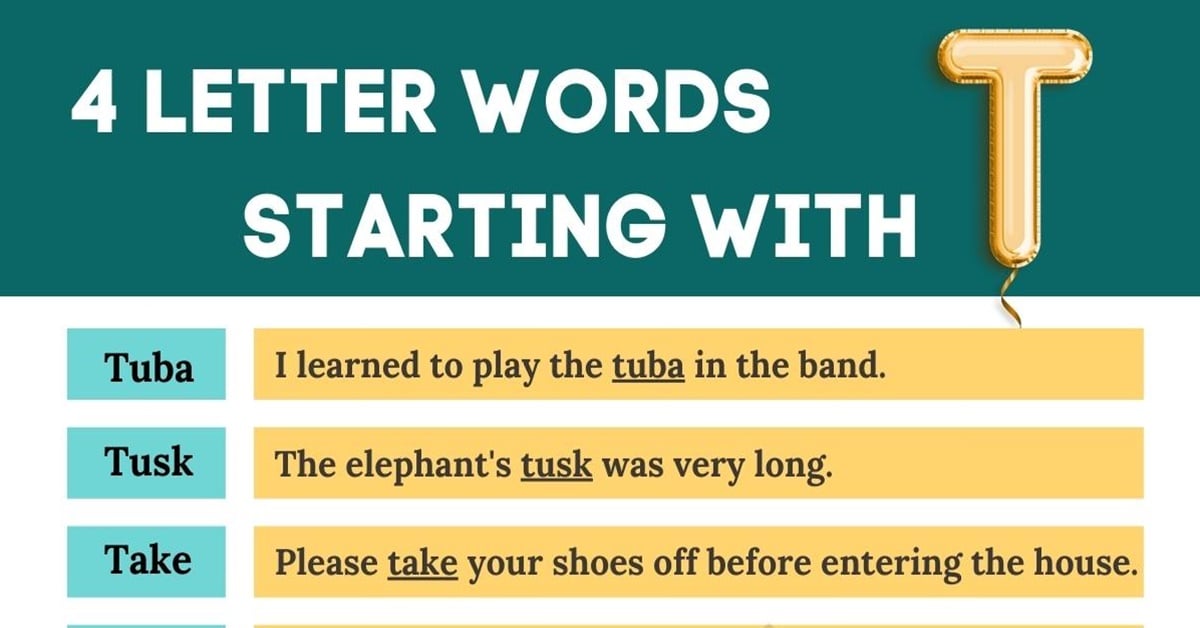 Many people believe that four-letter words are more difficult to guess than three-letter words. Still, you can use several strategies to make the guessing process easier. One approach is to think of common words that contain the same letters as the mystery word. For instance, if the mystery word is “drip,” possible guesses might include “drop,” “slot,” and “sled.” Another strategy is to look for letter patterns common in English words. For example, words with the letters “th” in them are relatively common, so a four-letter word with those letters might be “this” or “with.” Using these and other strategies makes it possible to arrive at the correct answer quickly.

The English language is full of surprises. Even though ‘the’ is the most commonly spoken word globally, that doesn’t mean there aren’t other four-letter words starting with T that can trip people up. It’s essential to be aware of these words and how they’re used to avoid potentially embarrassing mistakes while speaking or writing. With a bit of practice, you’ll be able to spot t-words like a pro!