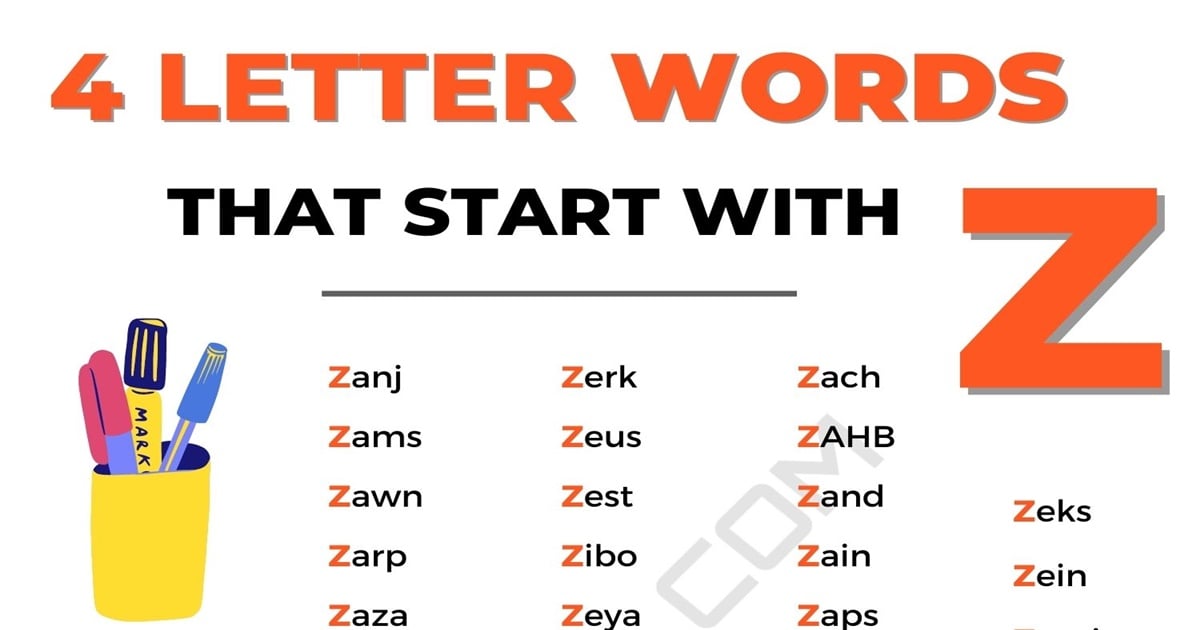 What are 4 letter words starting with Z? Vocabulary constitutes the words that we use that make up our language. These words include those that are spoken, written, and read by us. The better we comprehend words, the more advanced our vocabulary becomes. When your vocabulary is strong, language skills are better. That means that words play an integral part in our lives for how we interact and socialize with others. Understanding more complex words can make for a more interesting and in-depth conversation. On the other hand, if our vocabulary lacks, the depth of the conversation might be more limited.

There will always be words within our vocabulary that we don’t use as often. Examples of these that are four-letter words include clod, deft, kiln, and glee.

Below is a list of four-letter words that start with Z:

Here are some others too:

An interesting word you see above is Zeus, representing the god of the sky in Greek mythology.

There’s also zeal which is a less popular word to describe when someone is enthusiastic or passionate. Then you can see zinc which is an element from Dmitri Mendeleev’s Periodic Table, and an essential mineral required by the human body for life.

There are some words here that we don’t often hear spoken in daily language. Here are some of them and their meaning:

Again, these are very interesting ones, despite the fact that some of them are almost unheard of. Perhaps there are some on the list that you have never come across before. Because they’re so uncommon, it’s only to be expected that we wouldn’t know them all.

One other four-letter word beginning with Z represents an interesting ethnic group originating in South Africa known as the Zulu people. They are the biggest ethnic civilization in the country, comprised of around 10 to 12 million people. They reside mostly in an area called KwaZulu-Natal.

They engage in tribal ceremonies that involve beadwork with one they named the Reed Dance. Beadwork is a mark of communication that the Zulu people use to interact amongst themselves. 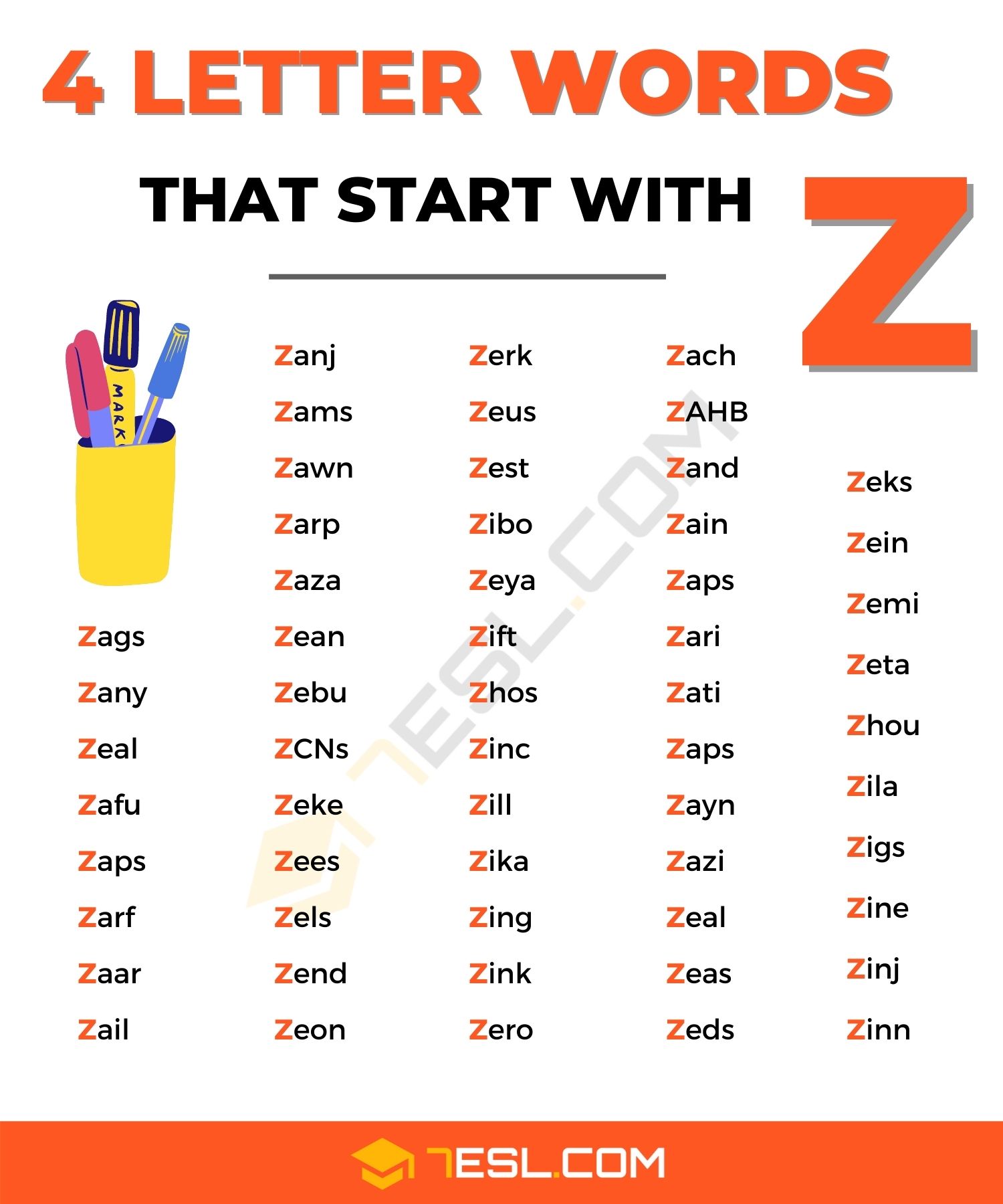