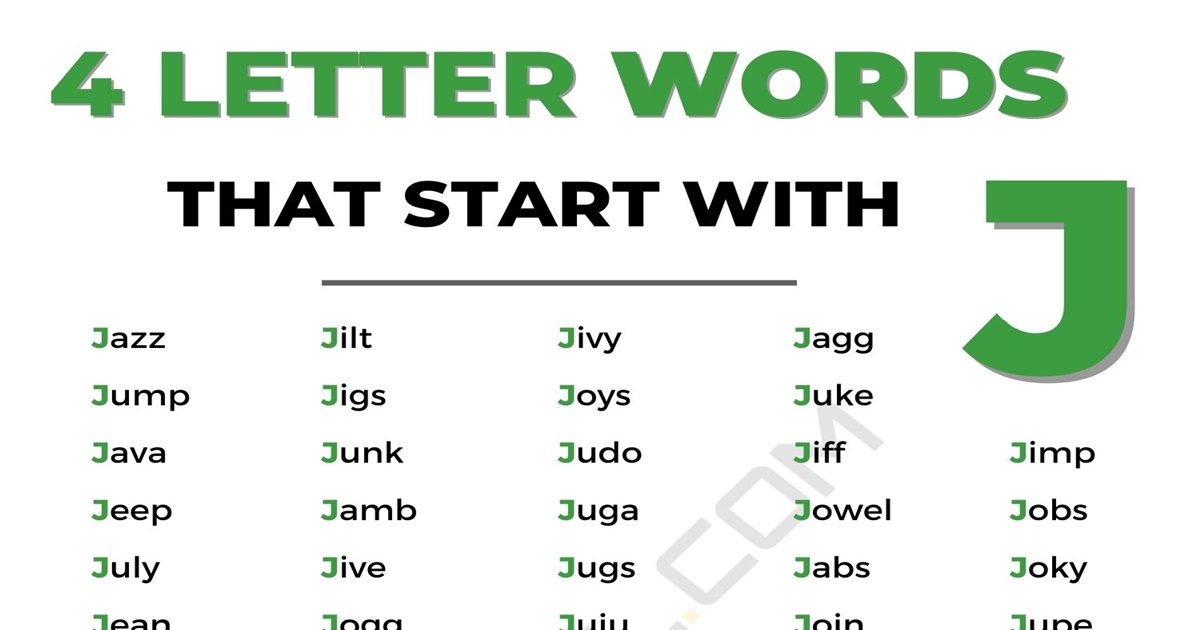 In the English language, there are many names and so many 4 letter words with J including many names of people like James and Jane. We start to think about words when playing Scrabble or Wordle and in many ways, they build our vocabulary and word skills and certainly make us think faster.

What Are 4 Letter Words

Four letter words are just that, words with 4 letters in them. In some cases, four-letter words can mean swear words, or phrases not used in polite company so will leave those words out for today and focus on words with four letters with J in them.

When children start learning to read most of the books they are given contain three and four-letter words, making kids’ literature a good place to start our search. In fact, there are around 80, 4 letter words that actually begin with J. What research has shown is that most of the 4 letter words containing J, start with J with a few having J somewhere in the word.

J was the last letter added to the alphabet. It is not a coincidence that I and J are together in the alphabet.

The English language is known for matching phonemes with different letters, and sometimes J as in Jams can sound like G, especially when it is pronounced softly.

The list goes on and on, when you branch into other languages like French, Jeux, you can make the list longer. Of course, some languages don’t have a J. In Italian, the letter J is only used in names. The modern Italian alphabet has 21 letters and does not include the letter J.

If you can’t read English, use an online phonics program to learn the letter sounds. Four letter words with J in them are a good place to start.

Every year a few words are added to our language and are absorbed into our dictionary and used by everyone. This is interesting as language continues to change and evolve. No new words with J were added recently, however it is interesting to check the list out and use the words.

Four letter words with J are useful when writing because they are short and to the point.

4 letter words with J are found in the dictionary, like ‘Just‘, and old fashioned word meaning to be fair. If you still play scrabble the dictionary is really useful. 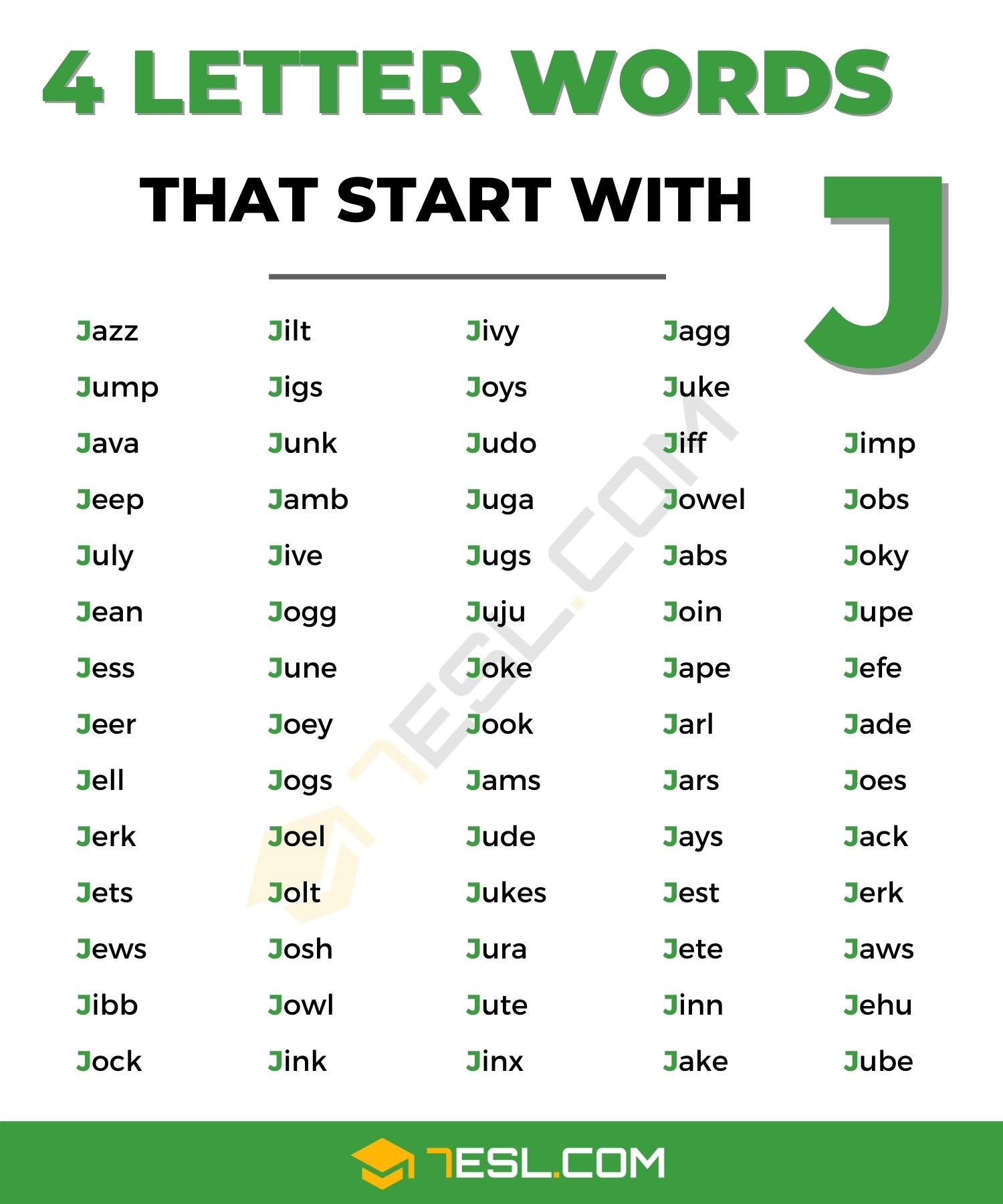