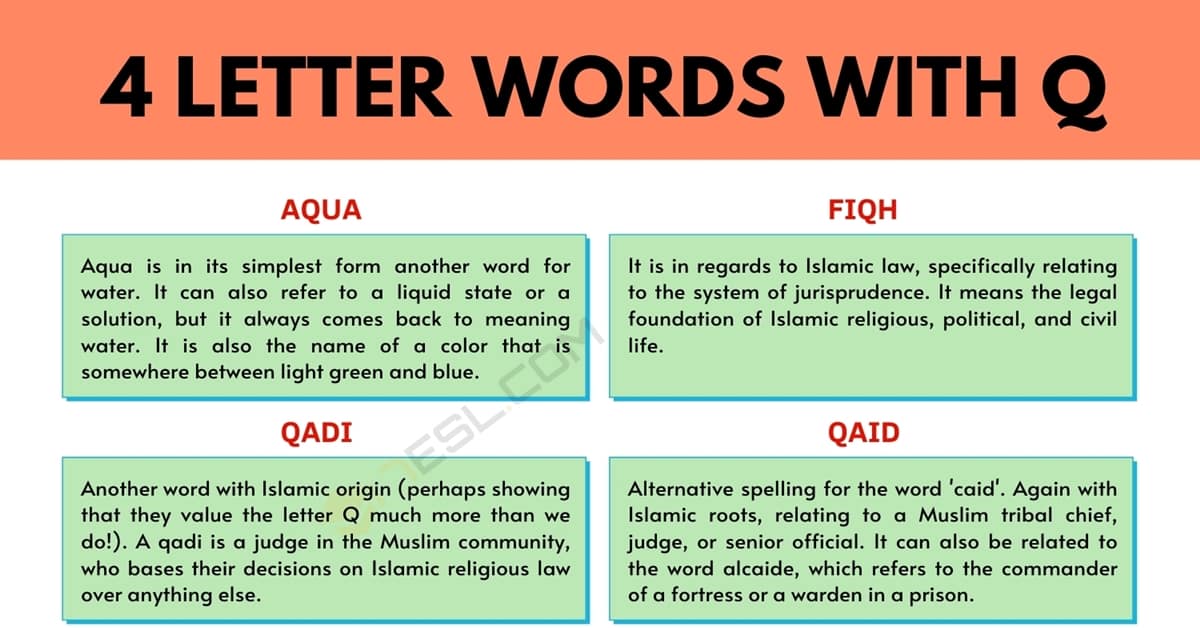 Q is one of the most elusive letters in the English language. There really aren’t many words out there that contain the letter and it can be a pain to draw the Q tile in Scrabble, as it sets you up for failure more often than not. However, we’re going to take a look at 4 letter words with q in them to see just how many there are (the list is rather short). We’ll even include their meanings alongside them so that you can have a good idea of how to use them.

4 letter words are simply that, words that only amount to 4 letters. They are always either 1 or 2 syllables when spoken and can be pretty easy to spell out since they don’t require many letters to remember them. When we look at 4 letter words with Q specifically though, we open a whole can of worms that change their complexity entirely. Let’s take a look at what we know and try to figure out the meanings of these words.

4 Letter Words With Q & Their Meanings

Perhaps the most well-known of the words that will be shown on this list. Aqua is in its simplest form another word for water. It can also refer to a liquid state or a solution, but it always comes back to meaning water.

It is also the name of a color that is somewhere between light green and blue.

An interesting word that almost doesn’t seem English, but it has been defined nonetheless. It is in regards to Islamic law, specifically relating to the system of jurisprudence. It means the legal foundation of Islamic religious, political, and civil life.

Another word with Islamic origin (perhaps showing that they value the letter Q much more than we do!). A qadi is a judge in the Muslim community, who bases their decisions on Islamic religious law over anything else.

Alternative spelling for the word ‘caid’. Again with Islamic roots, relating to a Muslim tribal chief, judge, or senior official. It can also be related to the word alcaide, which refers to the commander of a fortress or a warden in a prison.

You might have heard of a quay before (said the same way as ‘key’), but you might not know its meaning. It is simply a dock that is built parallel to a shoreline.

The slang term for a British pound, which is the basic unit of currency in Great Britain and Northern Ireland. It can also mean something chewable such as tobacco, though this word has fallen out of meaning in regards to that.

A quip is a well-known word beginning with Q, which refers to a witty phrase or saying. It can also generally mean to make jokes about in a quick fashion.

The act of ending an activity. It can also mean to retire from a working position in a professional environment.

A quiz is considered to be a light-hearted examination of sorts, with a few short questions, most often being multiple-choice in their answers. 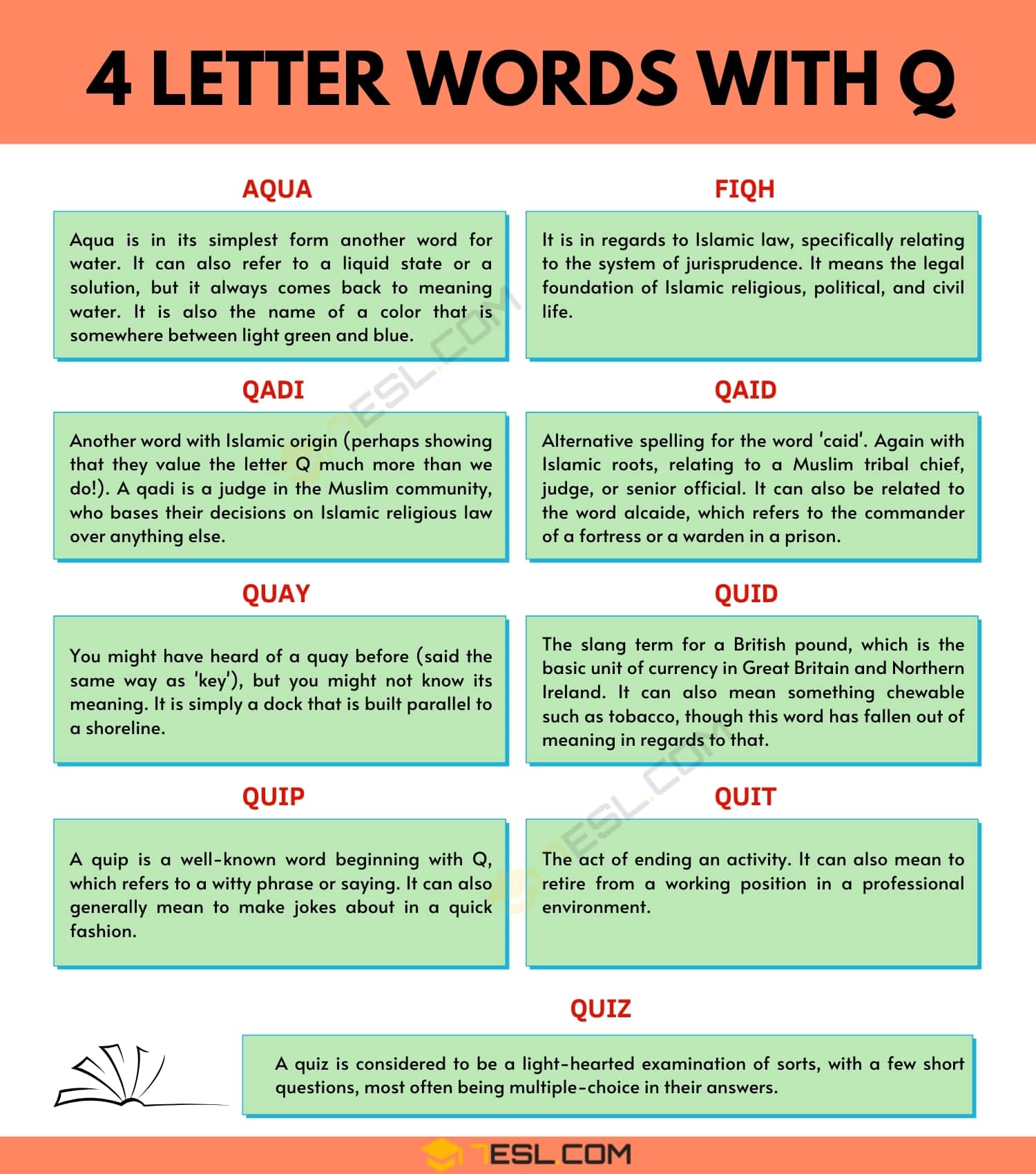