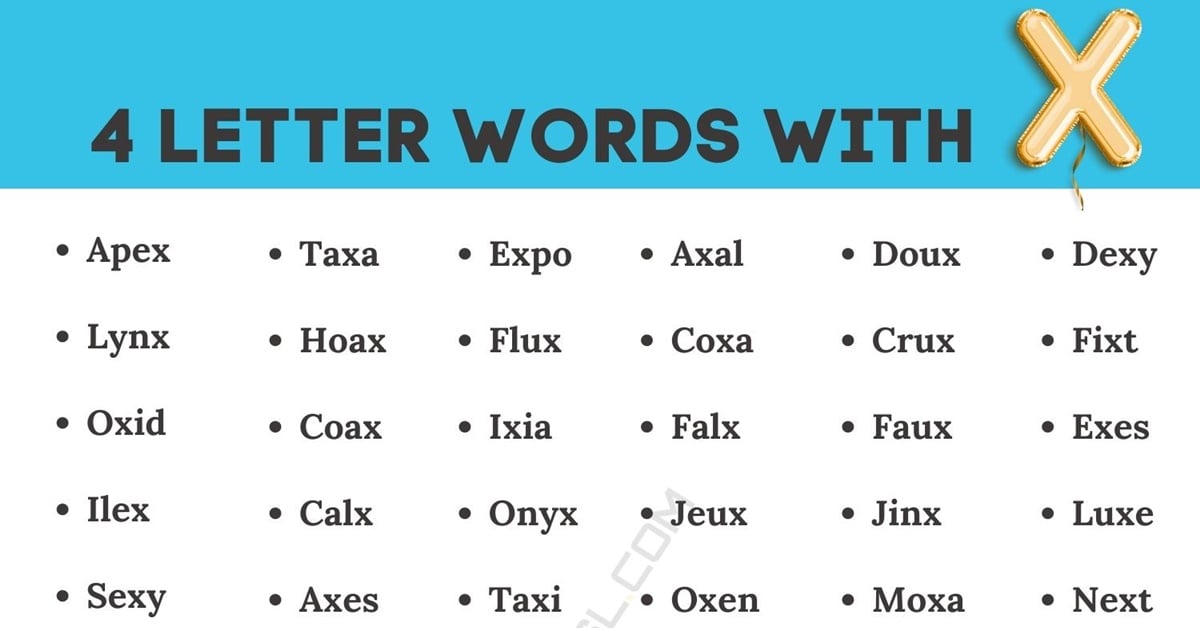 What are 4 letter words with X? Language involves both a spoken and written expression of a combination of words. Without it, interaction wouldn’t be possible. As social people, we use language to form relationships, and it’s required for day to day activities, such as in the workplace. Language is what has helped the human race develop and grow in the use of tools and technology throughout the years. This expression spans across the whole world and forms different dialects for those living in different places, and across different cultures.

X is one of the less commonly used letters in the alphabet. Therefore, you’d perhaps expect there not to be that many four letter words beginning with X. However, there are actually a lot more than you’d think.

While there are vowels (a, e, i, o, and u), X denotes a consonant. Generally speaking, four letter words will include vowels, just like the majority of words, since vowels help words flow together better and become easier for speech.

Below is a list of four letter words beginning with X:

Many of these are common words that you’ve probably heard of before. For example, there’s “exit” which of course is the word used to describe when one leaves a place. “Exec” is an abbreviation of the word “executive”, and can be used especially when language is expressed in writing to make it quicker and easier to present on paper.

“Lynx” is a name for a wild cat, and also a very popular brand of personal washing products, such as shower gels and shampoos. “Flax” is a type of seed often used as a healthy addition to one’s diet.

As you can see, there are a lot of four letter words that start with X. Some are more popularly used in our day to day life than others. While some refer to animals, others can be used as abbreviations to shorten longer words, and some can refer to plants or food. Language is a complex phenomenon, and words might not present much in the way of language when they stand alone (apart from the particular meaning they have). But when combined together, words form language and provide the basis for social interaction that we need in everyday life. 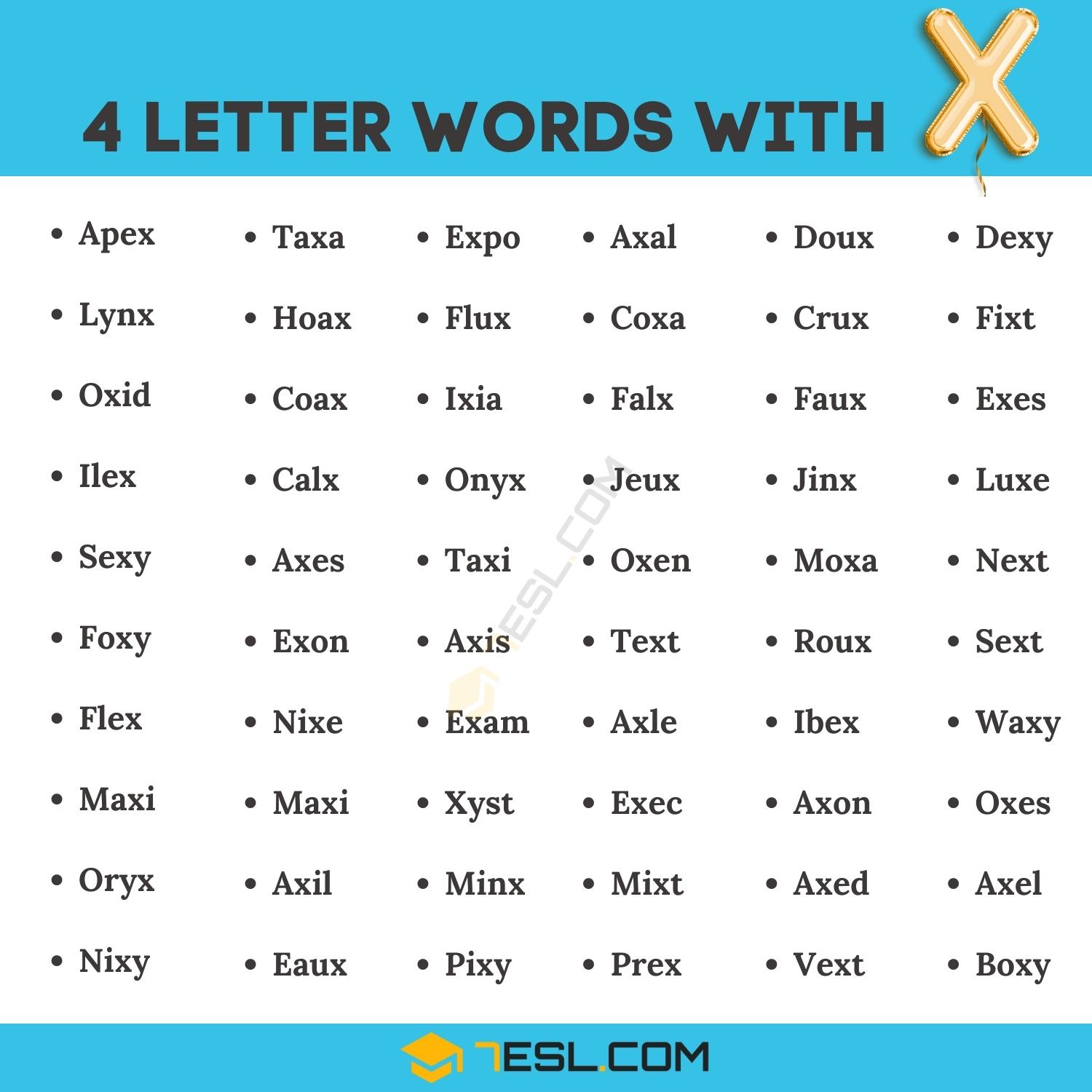