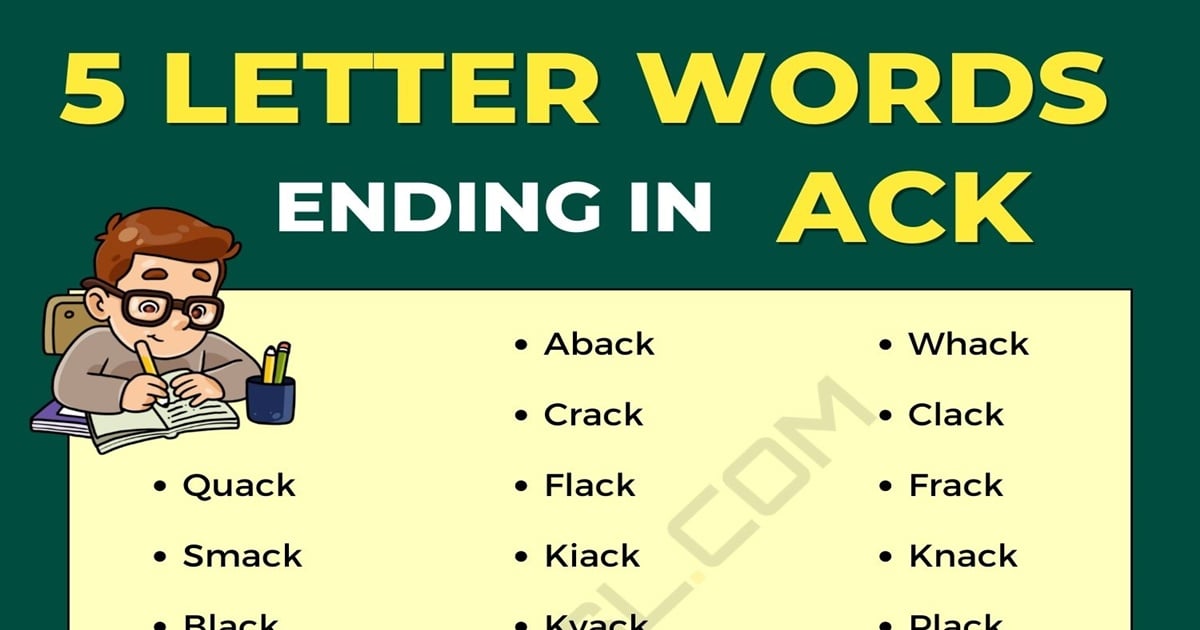 Have you been searching and searching for the perfect five-letter word? However, it can’t be just any old term. Instead, it must end in A, C, and K. Perhaps you need some help answering a question on a crossword puzzle. Then again, maybe you simply want to start up a conversation with your friends to sound smart. Whatever the case may be, you’ve come to the right place because today’s focus is on 5 letter words ending in ACK.

It is pretty obvious what five-letter words are. They are terms that only contain five letters. The words can be verbs, adjectives, nouns, adverbs, and much more. So, are you ready to get down to business? Let’s continue to the next section to see some 5 letter words ending in Ack firsthand.

Some words with Ack at the end are more commonly used than others. That isn’t necessarily the case with the terms in this section, though. They are a bit more unique, and you may not have even seen or heard them before. Some words that end with Ack include:

A shack can be a noun, meaning a cabin or hut that’s roughly built. It can also be a verb defined as to move in or live with someone. However, the noun is being used in this situation. If a person wanted to use the word in a sentence, they might say, “We could stay in that shack in the woods, but it is on the verge of falling down.”

The word quack can be used as a noun or verb. In the noun form, quack’s definition is the sound made by a duck. Meanwhile, as a verb, quack means (of a duck) to make a characteristically harsh noise. The ducks were quacking loudly from the lake because people were nearby. That is an example of how to use quack as a verb.

Smack is another term that makes this list of 5 letter words ending in ACK. It can be a verb, noun, or adverb, but the noun form is the primary focus here, and its definition is a sharp slap or blow. A person can use smack in a statement or question. As for the latter, you could ask somebody, “Did you see that girl smack that boy in the face?”.

Black is a color that is created from the absence or complete absorption of visible light. The term can be used as an adjective, verb, or noun. As an adjective, black means of the very darkest color. Do you want to use the word in a sentence? Consider saying something similar to, “The black smoke was so thick and dark that nobody could see past it.”

As you can see, there are various 5 letter words ending in Ack. Hopefully, the particular terms mentioned help you. But if not, there are plenty more where they came from, so perform an online search or break out the old-school dictionary to find what you need. 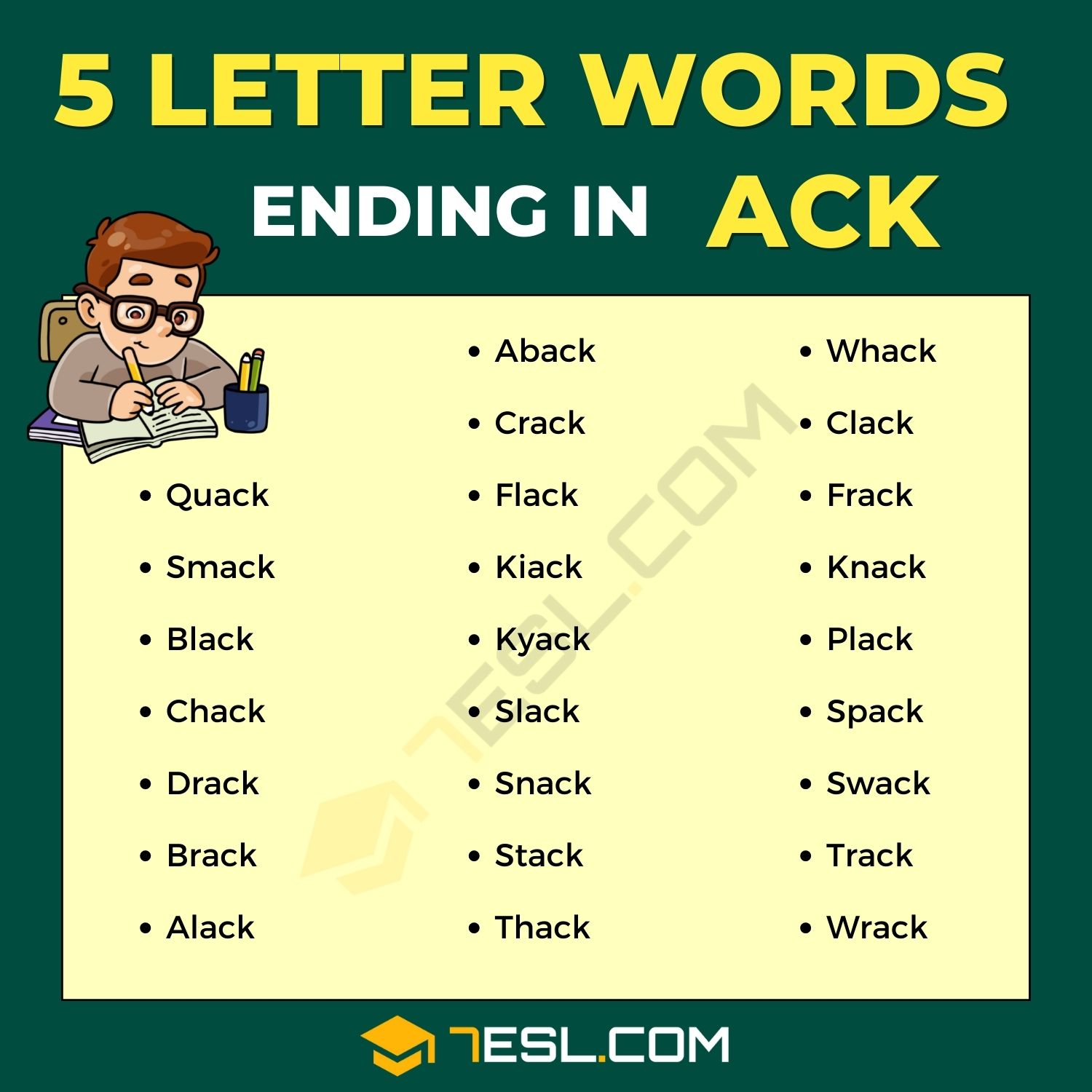