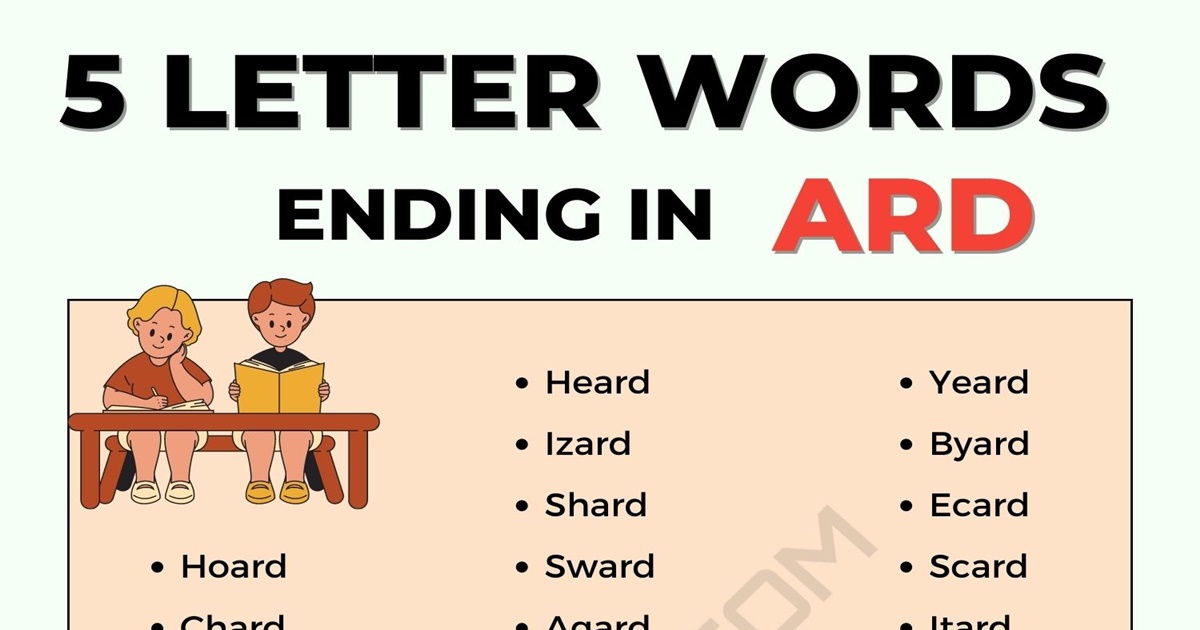 In fact, you may be wondering, “Why should I remember a spelling pattern at all? Why study them when I like, won’t even use them?”. Throughout the course of this lesson, we shall reveal to you just how incorrect those thoughts are. When we learn about a spelling pattern, we greatly increase the speed at which our minds can process and relay information.

What Are 5 Letter Words Ending in Ard?

To begin, let me go over what exactly are 5 letter words ending in ard. They are words that are comprised of 5 characters but whose last three characters are ard. A great example of this pattern would be the word, award. Everyone likes to receive awards and this is understandable. After all, who wouldn’t like to be recognized for their achievements? Awards make us feel like we truly are as great as we imagined but we shouldn’t get carried away.

We should always remain on guard. Guard is a 5 letter word ending in ard that could mean a multitude of different things depending on how it is used. A guard could be an individual tasked with keeping watch over someone or something, offering protection. To be on guard means to be wary of any potential challenges that make come one’s way. In video games, to guard is the action that enables you to block an attack or at the very least mitigate any incoming damage.

Beard is another 5 letter word ending in ard but this one represents facial hair. Some people like beards and others do not. It is definitely a matter of preference for both men and women. Although, there are a massive amount of studies that show that most women find beards to be gross and that they prefer mustaches.

Below is a list of some more 5 letter words ending in ard. It is important, when learning a new subject, to be constantly bombarded by examples and factoids. This is because we are conditioning our minds to take seriously the information that we are directing its way. If our minds don’t think something is worth learning, then we won’t be able to remember it. 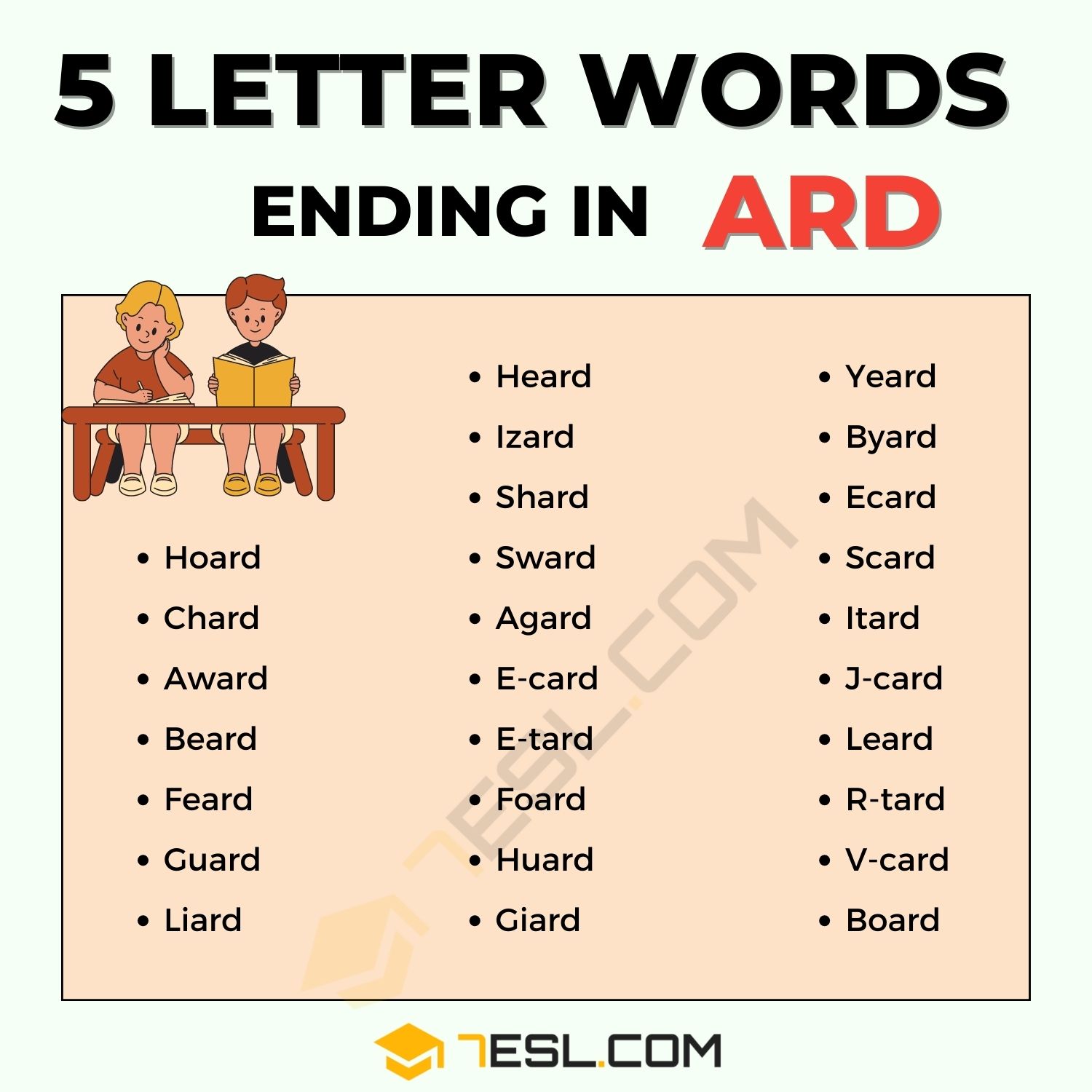