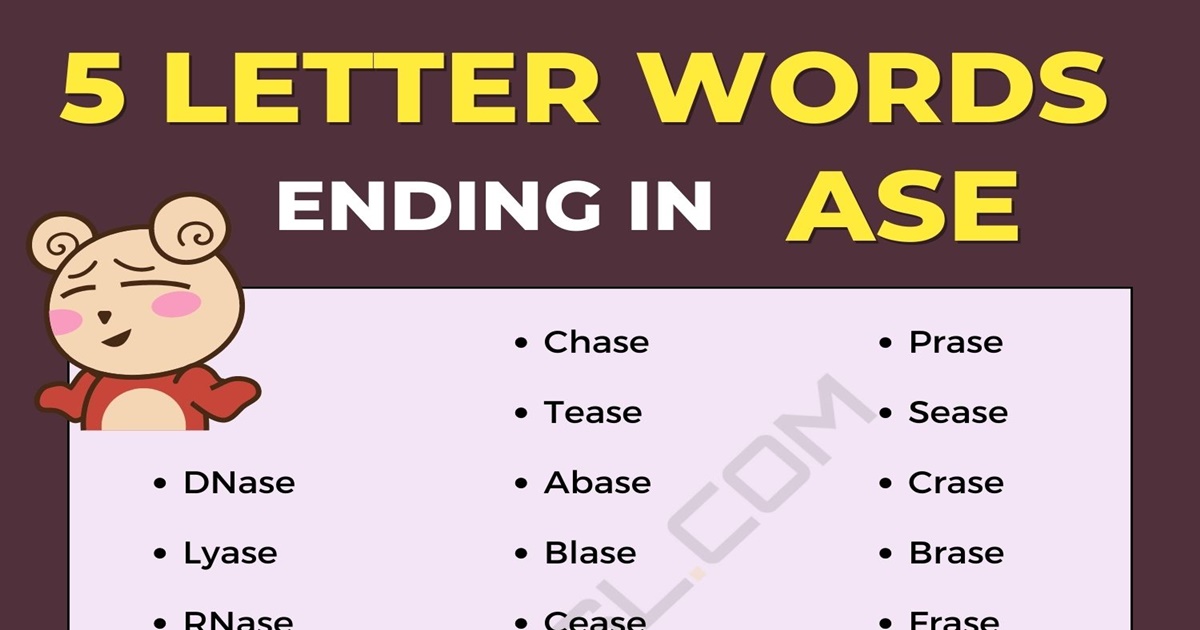 How many times have you seen or heard 5 letter words ending in Ase? The answer is probably too many times to count. However, it never seems to fail that when people need to come up with such a term off the top of their heads, they draw a blank. Don’t fret if that’s what is happening to you at the moment. Instead, stay here and read on to learn about words with A, S, and E at the end.

What Are Five Letter Words?

Not all five-letter words are the same. Sure, they each have five total letters, but sometimes, that is the only resemblance. That’s because the terms don’t always start with the same letters. Nor do they contain the same letters in them as a whole. It is also notable to mention that 5 letter words ending in ASE don’t usually have the same meanings. Let’s move to the following sections to help you gain a better understanding.

This passage is reserved for unique terms. Hence, don’t get thrown for a loop if you’ve never used or even heard them before. 5 letter words ending in ASE which aren’t all that commonly used include:

The term erase is a verb with different definitions. They are to rub out or remove, remove all traces of, and delete from a computer’s memory. There are various ways to use the word in a sentence, but an example of what one might say is, “The teacher told the student to erase the work on the chalkboard.”

A lease is a contract between a person and a property owner. In it, the lessee agrees to pay the lessor so much money for the use of an asset. The renter failed to adhere to the stipulation put forth in the lease and got evicted. That is how you can use the word lease in a sentence.

The term chase also makes this list of 5 letter words ending in Ase. It can be a noun or verb, but today’s focus is on the latter. As a verb, chase means to pursue in order to catch or catch up with. If a person were asking a question using the word, they could ask, “Did you see that man chase his dog after it got off the leash?”.

The definition of the verb tease varies, but for these purposes, it means to make fun of or attempt to provoke. However, for those who are curious, it is also defined as tempting someone sexually with no intention of satisfying their desires or gently combing/pulling. The student said she was going to tease the boy because of how he was always picking on her is how to use the term in a sentence.

These are some 5 letter words ending in ASE. They can serve you well in many applications. However, if you need other terms, don’t hesitate to research online or at a library. Then, you’ll be all set. 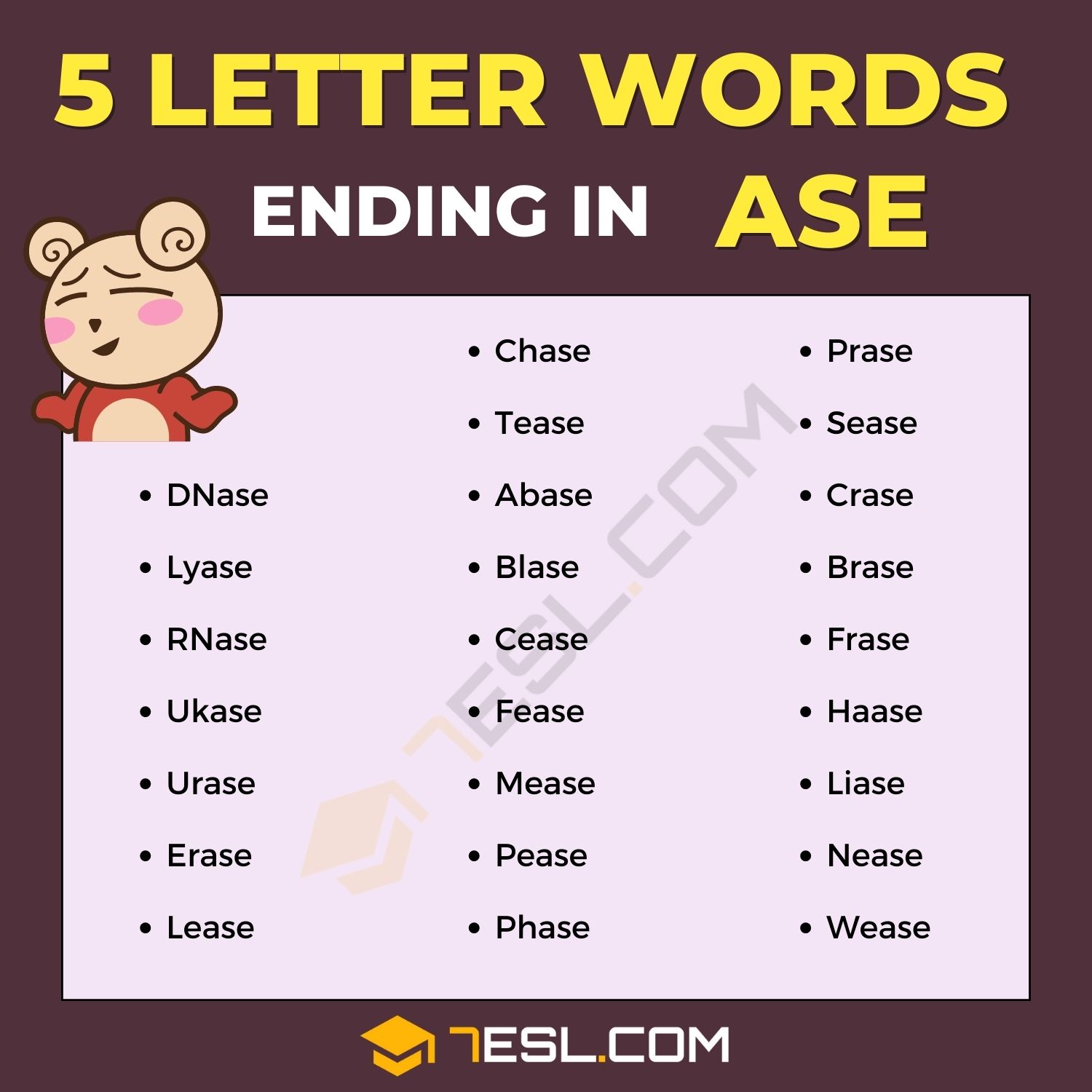