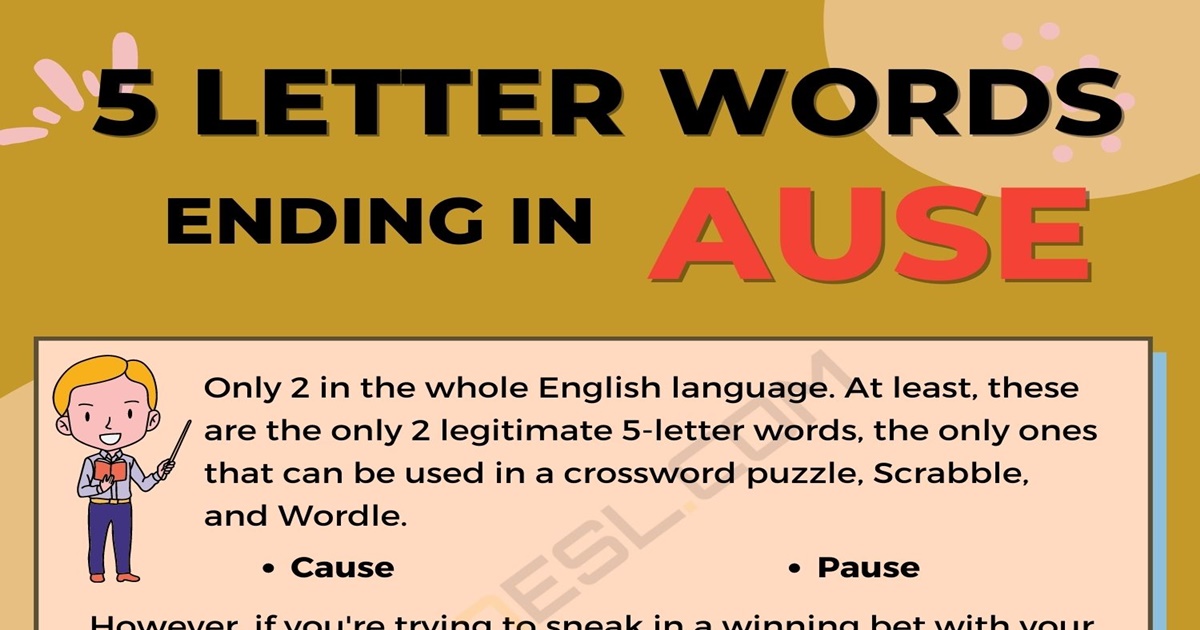 If you’re frantically searching on the internet for 5 letter words ending in Ause, then look no further. This article has your answer!

Since you’re a smart reader, you probably already know that 5-letter words only have 5 letters.

But why would someone want only 5 letter words ending in Ause? Why not look for all words in the English language that end in Ause?

Well, you might be specifically looking for 5 letter words because you need help with one or more of these:

Without further ado, here is the list of 5 letter words ending in ause:

Yes, that’s it! Only 2 in the whole English language. At least, these are the only 2 legitimate 5-letter words, the only ones that can be used in a crossword puzzle, Scrabble, and Wordle.

However, if you’re trying to sneak in a winning bet with your friend, and maybe that friend won’t check the internet, go ahead and see if you can get away with one of these:

So, just because you now know these 5-letter words, aren’t you curious about what their meanings are? After all, they’re spelled exactly the same, with only 1 letter that’s different.

Well, that 1 beginning letter makes ALL the difference. These words ending in ause are definitely not the same.

Here’s the definition of cause, according to Merriam-Webster (noun only).

Here’s the definition of pause, according to Merriam-Webster (noun only).

Now that you have the answer that this article promised – a list of 5 letter words ending in ause – what are you going to do with your new knowledge?

Will you use these words in a crossword puzzle, a Scrabble game, or to win Wordle? Or will you just make a bet with a friend (and win!)?

Whatever you decide to do, you’ll be able to correctly spell and define your words. Most importantly, have fun! 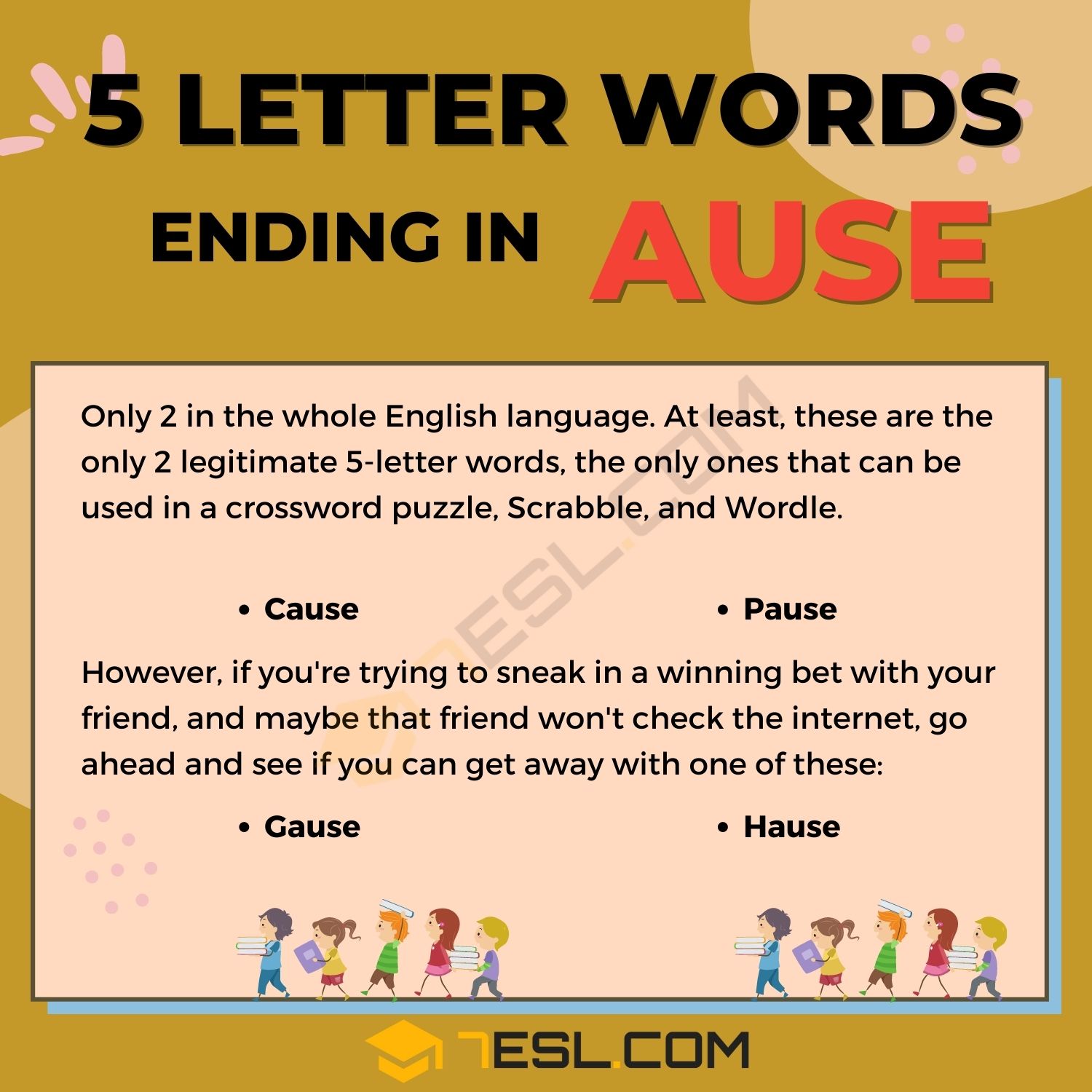