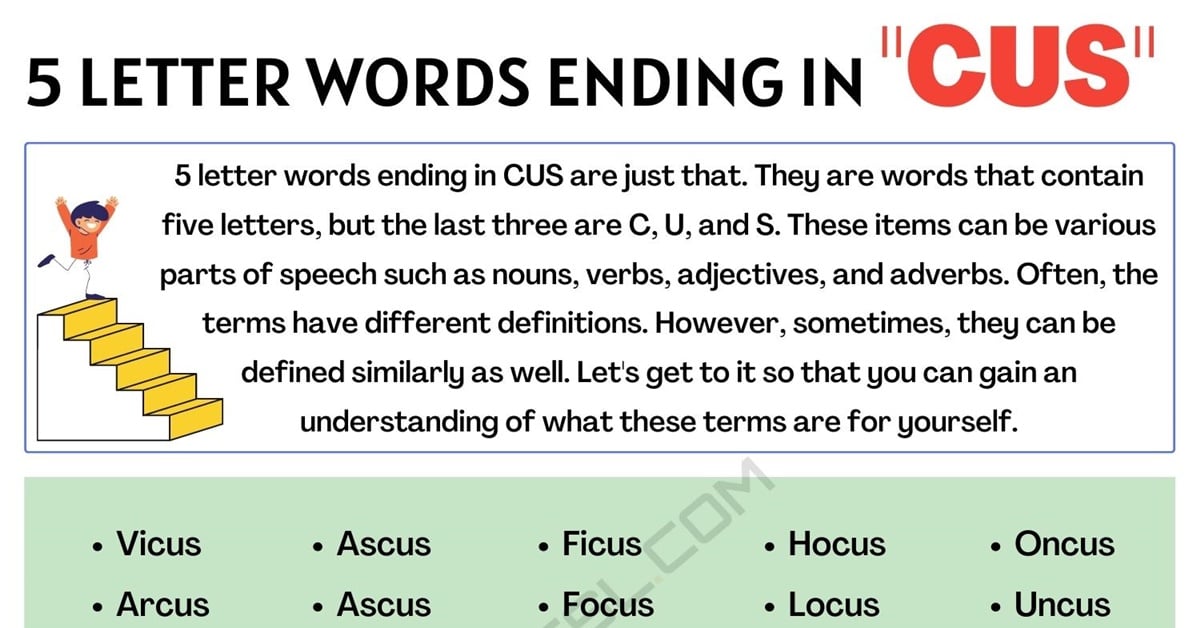 You’ve probably seen plenty of 5 letter words ending in CUS before. However, it never seems to fail that you can’t think of one when you need it the most. Is that what you’re experiencing right now? Don’t fret if that’s the case because you’ve come to the correct place. This post is focusing on nothing but terms that end in the letters C, U, and S. So, regardless of why you need to know about these expressions, you’re going to want to stick around.

5 Letter Words Ending in CUS

5 letter words ending in CUS are just that. They are words that contain five letters, but the last three are C, U, and S. These items can be various parts of speech such as nouns, verbs, adjectives, and adverbs. Often, the terms have different definitions. However, sometimes, they can be defined similarly as well. Let’s get to it so that you can gain an understanding of what these terms are for yourself.

Not all terms that have CUS at the end are used regularly. Those are the ones being discussed in this section. But if you’re after something a bit more common, that’s fine. Those words and their meaning are coming up next. Some five-letter words with CUS that you might not have seen or heard before include:

5 Letter Words Ending in CUS with their Meaning

Hocus is a verb that means to deceive. Or, one could define it as tricking someone. Research shows that the word originated in the late 17th century. If someone wanted to use it in its past-tense form, they’d say something like, “The citizens were hocussed and swindled by the government.”

Any list of 5 letter words ending in CUS should contain mucus. The term is defined as a slippery secretion that comes from the mucus membrane or glands for lubrication. When a person gets an infection, their body will ramp up mucus production. That is an example of how to use this noun in a sentence.

Focus is another five-letter CUS ending word. It is a noun that means the center of interest or activity. Synonyms include center, focal point, and center of attention. To use this term in the form of a question, a student could ask their teacher, “Should I focus on the hypothesis today or go ahead and start the experiment?”.

No, this isn’t the word focus again. If you thought that, relook at the spelling of this term. It is f-U-cus. Fucus is a brown algae located on rocky seashores across the globe. How would you use this noun in a sentence? Fucus, or brown algae, is also often called rockweed and can be found around the world.

Now that you know these 5 letter words ending in CUS, the question is, “What will you do with this new knowledge?”. That really doesn’t matter, though. You have the information now and can do with it as you wish.

5 Letter Words Ending in CUS | Image 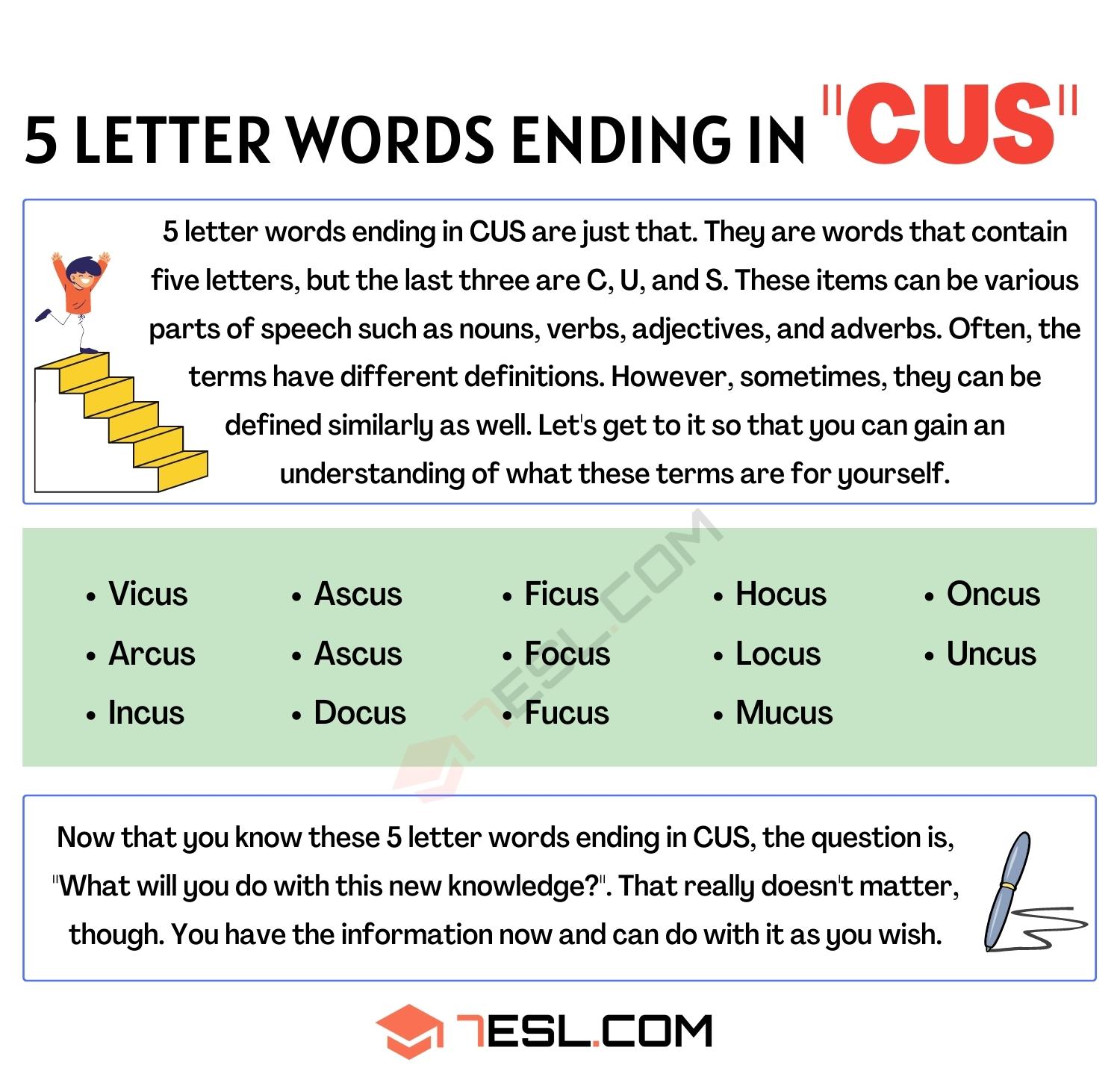