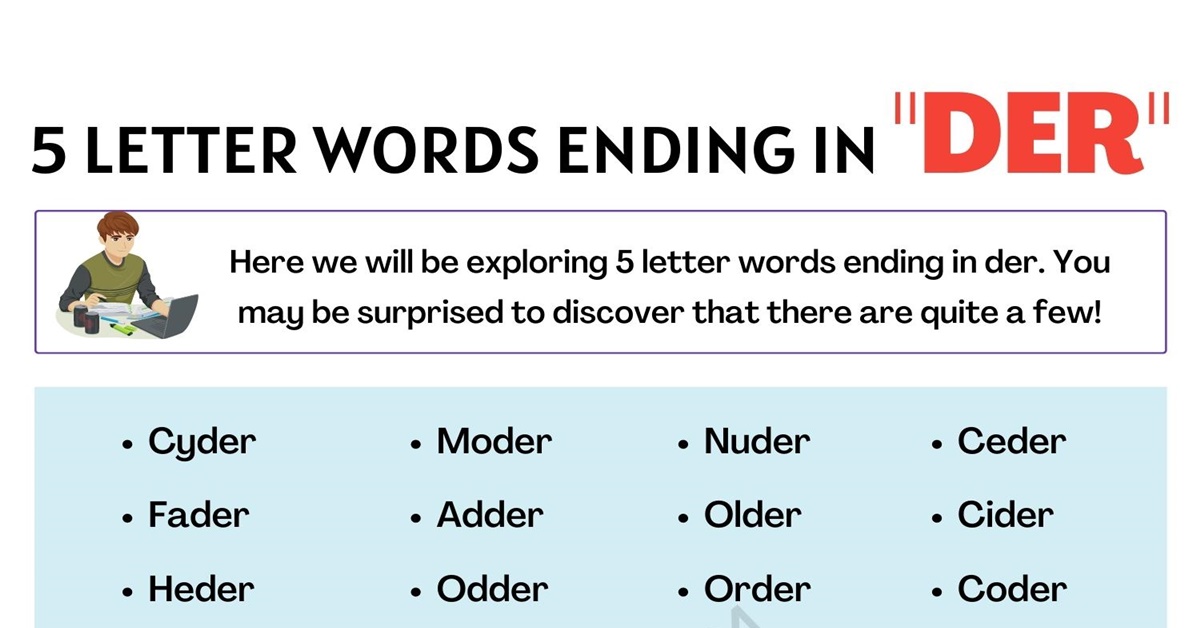 What are 5 letter words ending in DER? Knowing 5 letter words is very handy when you are playing games where the longer the word the higher the point value. The game that immediately comes to mind is Scrabble. Words with friends is also a popular choice. Other word games that require you to have an extensive vocabulary are crossword puzzles and word searches. Another game that requires you to know a vast number of words is Boggle where you shake a box full of dice that have letters instead of numbers. You make words with the letters you get after a throw. Word games are great at bolstering mental agility which is excellent for people of all ages. Here we will be exploring 5 letter words ending in der. You may be surprised to discover that there are quite a few!

Simply put, 5 letter words are words that have 5 letters and have an actual meaning. We feel the need to also mention that we are focusing on English words since word games do not recognize words from other languages when assigning a point value.

5 Letter Words Ending in DER with their Meanings

From our research, there are 29 5 letter words that end in der. We have listed them below with their meanings. We always offer meanings since being exposed to a word without knowing its associated meaning or meanings is pointless. Our list is in alphabetical order.

The 5 letter words ending in der above may have more than one meaning. As such you can explore these words on your own. We hope that our list has been useful! 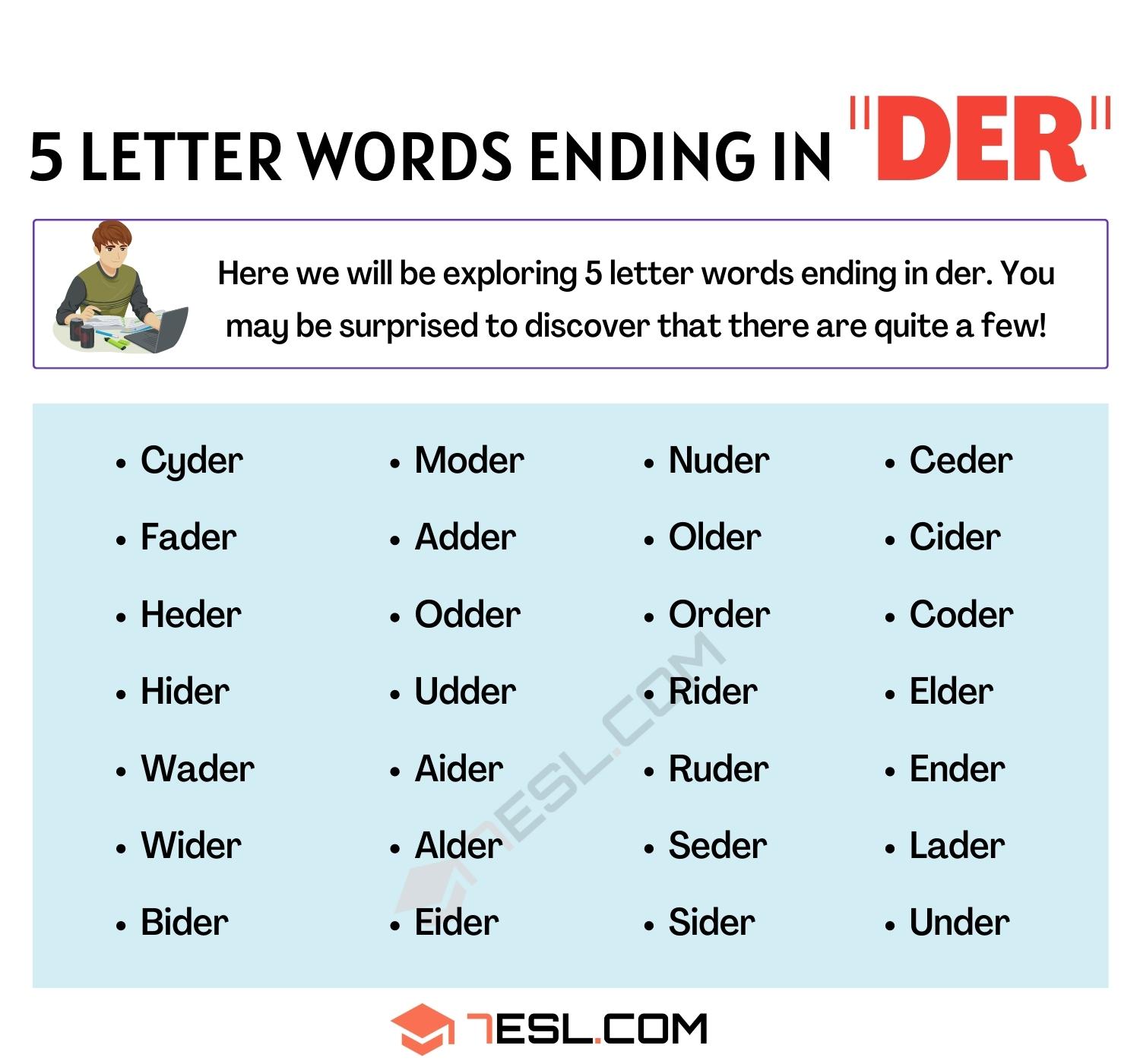