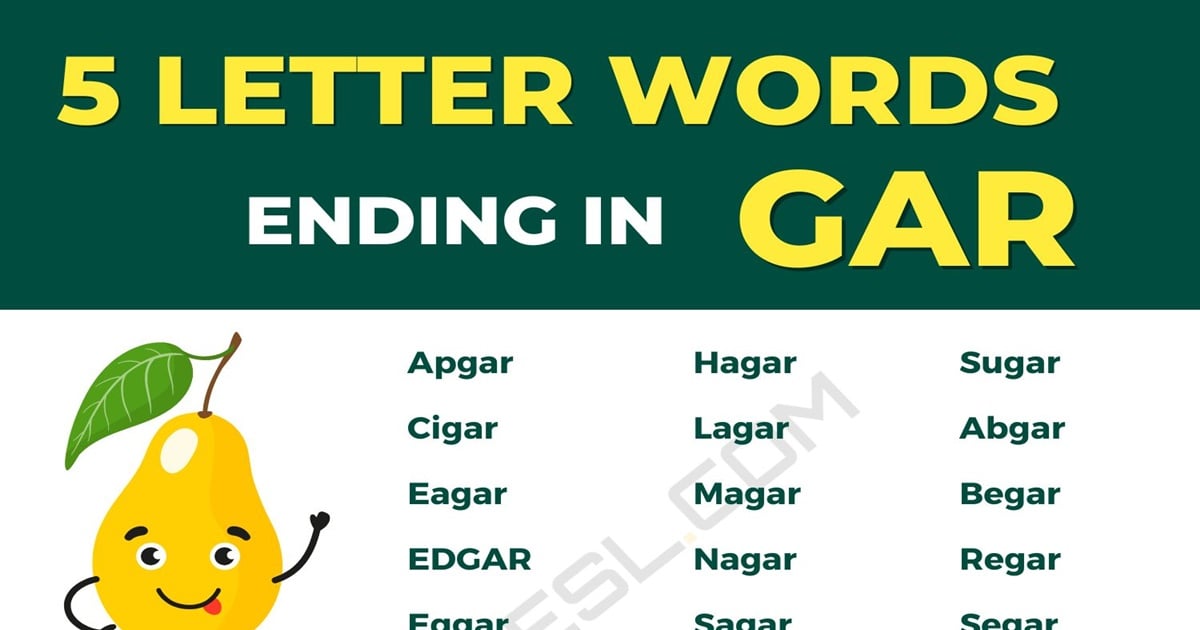 What are some 5 letter words ending in Gar? If you like to learn new words and challenge your minds, playing Scrabble or Words With Friends can make your vocabulary juices flow. It improves your memory as you deal with different challenging tasks especially if you are creating words that are not normal in everyday use.

If you are trying to learn new words, you can check out the listing below that you can add to your Scrabble vocabulary in your next game.

Whether you are playing Scrabble or any word game, getting a word with 5 letters can be considered a high-scoring word. In the Scrabble dictionary, there are 8,996 5-letter words listed. In this article are some of the 5 letter words ending in GAR to include in your next word games.

It is the unit of measurement used on newborn infants. It is used as a point system when checking on respiratory effort, stimulation response, skin color, and other factors. A newborn that receives 10 points means that he has a good health condition.

The cigar is tobacco rolled on tobacco leaves that are smoked by the elderly.

It is a town located in Apache County found in Arizona. Eagar is known for its stunning environment which has a lot of beautiful lakes and streams.

Aside from being a boy’s name, it is also an acronym that stands for Electronic Data Gathering, Analysis, and Retrieval. It is a system used to collect, validate, and forward the data submission of companies to the US Security and Exchange Commission.

An eggar is a living thing similar to a moth which is often brown and flies during the morning.

It is a female name derived from a biblical character. Hagar is the mother of Ishmael.

It is a Portuguese and Spanish word that is used to call the stone through where grapes tread.

Magar is an ethnic group situated in Nepal and India.

Nagar is a princely state that borders the Gilgit agency and District Hunza in Pakistan. This capital is located in Gilgit-Baltistan which was once part of British India.

It is the name of a city located in Central India. Sagar can be found in the state of Madhya Pradesh which is known for temples, beautiful lakes, and waterfalls.

One of the kitchen staples, sugar is an essential sweetener in foods and drinks. It comes in a form of crystalline derived from plants such as sugar canes and sugar beets. It is also considered a source of carbohydrates which comes in the form of glucose and sucrose.

Now that you have an idea of some uncommon words ending in GAR, you can use these words to get a high score when playing word games such as Scrabble and Word With Friends. Most of the words on the list score less than 10 points. However, not all the words are accepted in Scrabble or Word With Friends. You can check the game’s dictionary if these can be used in the play. 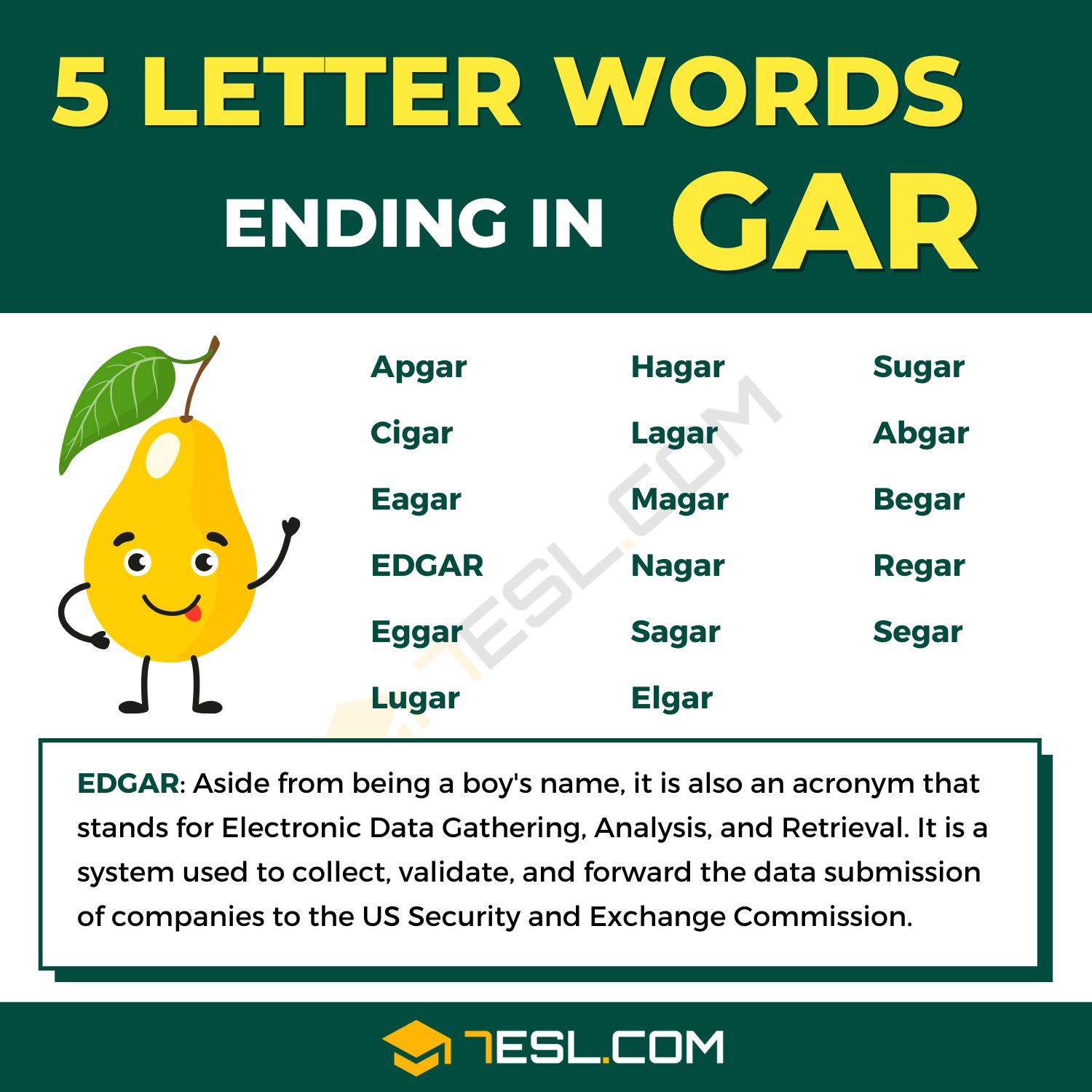