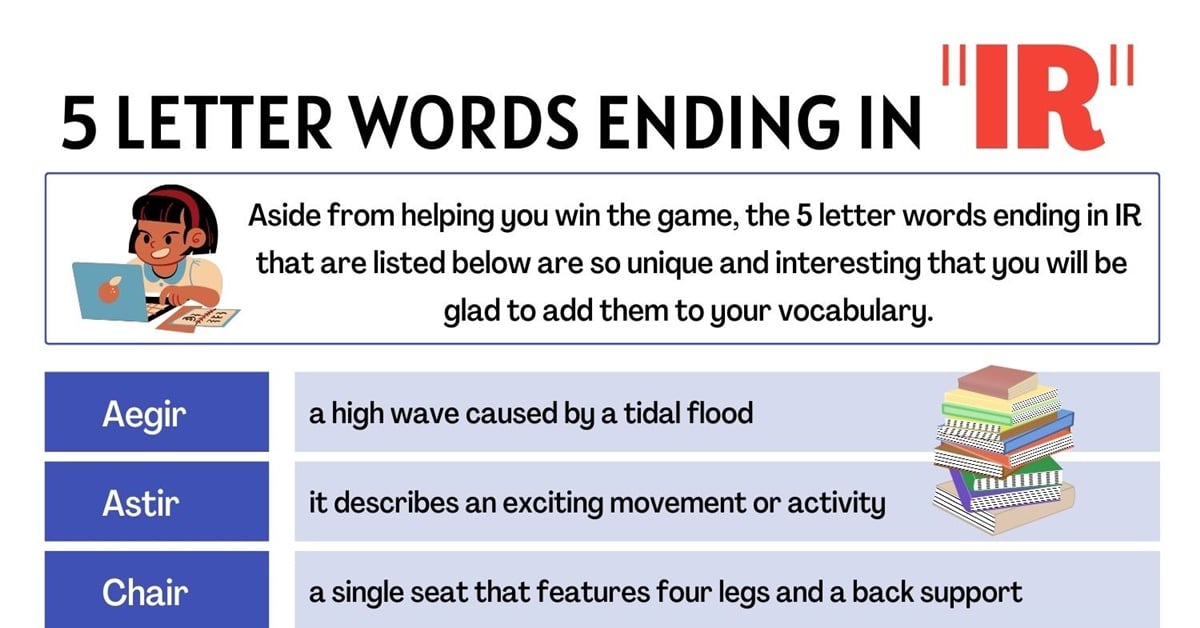 What are 5 letter words ending in ir? In playing word games, there will be times when we feel stuck with a few tiles or letters that we can not dispose of because we struggle in forming a valid word that will finally rid us of the dreaded tiles. If you’ve been meaning to dispose of your letters I and R tiles, chances are, you have already tried to form a word that starts with IR as this is an easier route. However, if this route is unsuccessful, then the words below may be the answer to your question. Here is a list of 5 letter words ending in IR and since it is a short list, getting your answer will be nothing but an easy feat.

The five-letter words are absolutely necessary to gain success in playing word games. Aside from helping you win the game, the 5 letter words ending in IR that are listed below are so unique and interesting that you will be glad to add them to your vocabulary. From aegir to xamir, here are the 5 letter words that end in IR and their respective definitions.

5 Letter Words Ending in IR with their Meanings 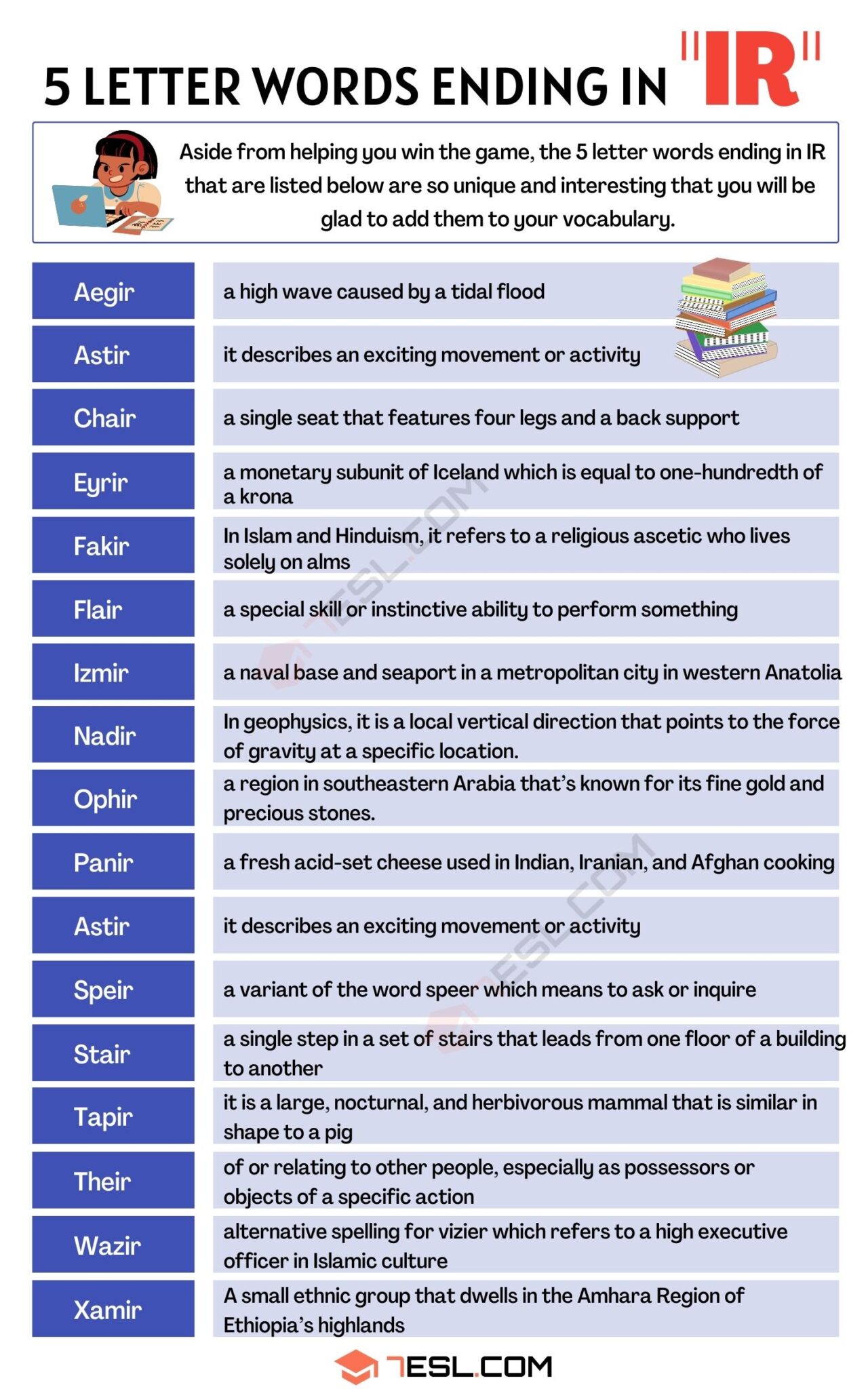