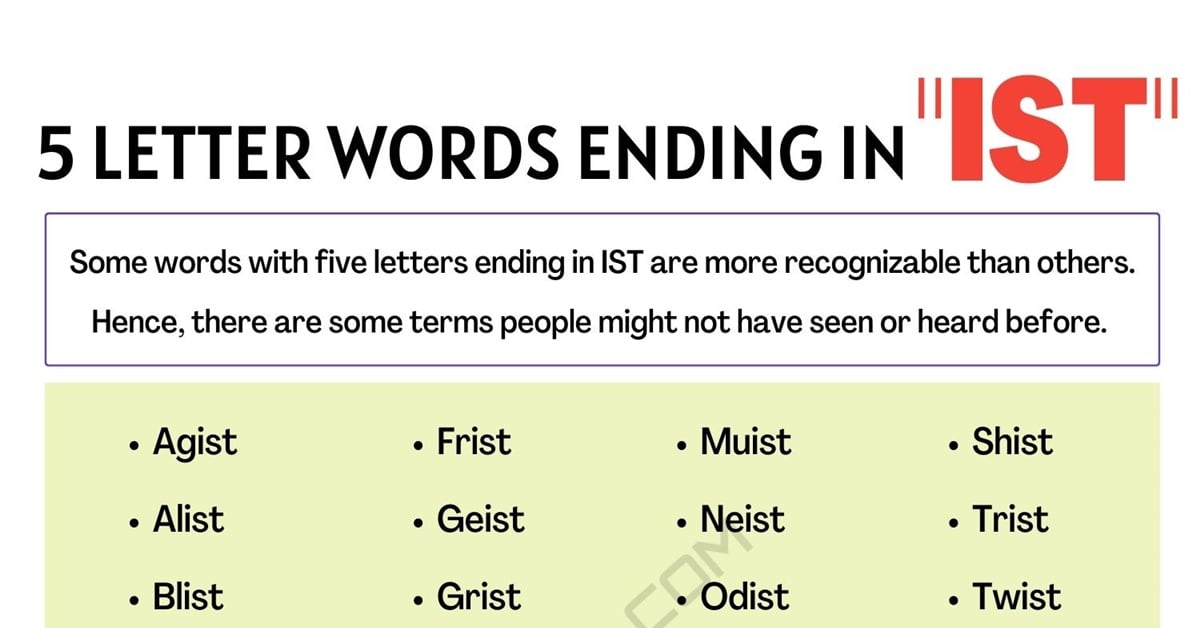 Why might a person need to know some 5 letter words ending in IST? That list could definitely go on and on, but here are some reasons why. Perhaps the individual is working on a crossword puzzle and is absolutely stuck on a term of 5 letters, which, you guessed it, has I, S, and T at the end. Then again, maybe an individual simply wishes to sound smart in front of their friends. Having this type of knowledge could help with that.

The name itself pretty much sums up what five-letter words are. They are terms consisting of five letters total. However, in this case, the final three characters are I, S, and T. These words are verbs, nouns, adjectives, adverbs, etc., and if you’re trying to say something, in particular, there’s probably a term containing only five letters to say it. Regardless of why you need to know 5 letter words ending in IST, stick around and read on to learn more.

Some words with five letters ending in IST are more recognizable than others. Hence, there are some terms people might not have seen or heard before. Those are the focus here, but you’re going to want to stay tuned because the next section discusses more commonly used terms and their meanings.

5 Letter Words Ending in IST with their Meanings

Plenty of medical terms can be used to define the word wrist, but that could make things pretty complicated. Thus, in layman’s terms, it means the joint or the region of the joint between a human’s arm and hand. If you were to use this expression in a sentence, you might say something like, “The boy broke his wrist after falling from his bike and had to get a cast.”

Waist makes this list of 5 letter words ending in IST as well. It can be defined as the part of the human body above the hips and below the ribs. Can you measure the circumference of your waist to ensure the pants will fit? That’s how a person can ask a question using this term.

As you can see, the word heist has five letters, ending with I, S, and T. It is a noun that means a robbery. One way to use heist in a sentence is, “The heist did not go well for the burglars, and they were arrested on site.”

Twist is the last term being discussed. It can be used as a verb or a noun, but the verb form is our focus. As a verb, twist means to form into a bent, curled, or distorted shape, cause to rotate around something, and dance the twist. He had to twist the tie to hold the bread’s package closed so that it would remain fresh is an example of how to use the word.

The hope is that these 5 letter words ending in IST will be of use to you. However, there are many others where these came from. Hence, if more words are required, don’t hesitate to pull out a dictionary or research online. 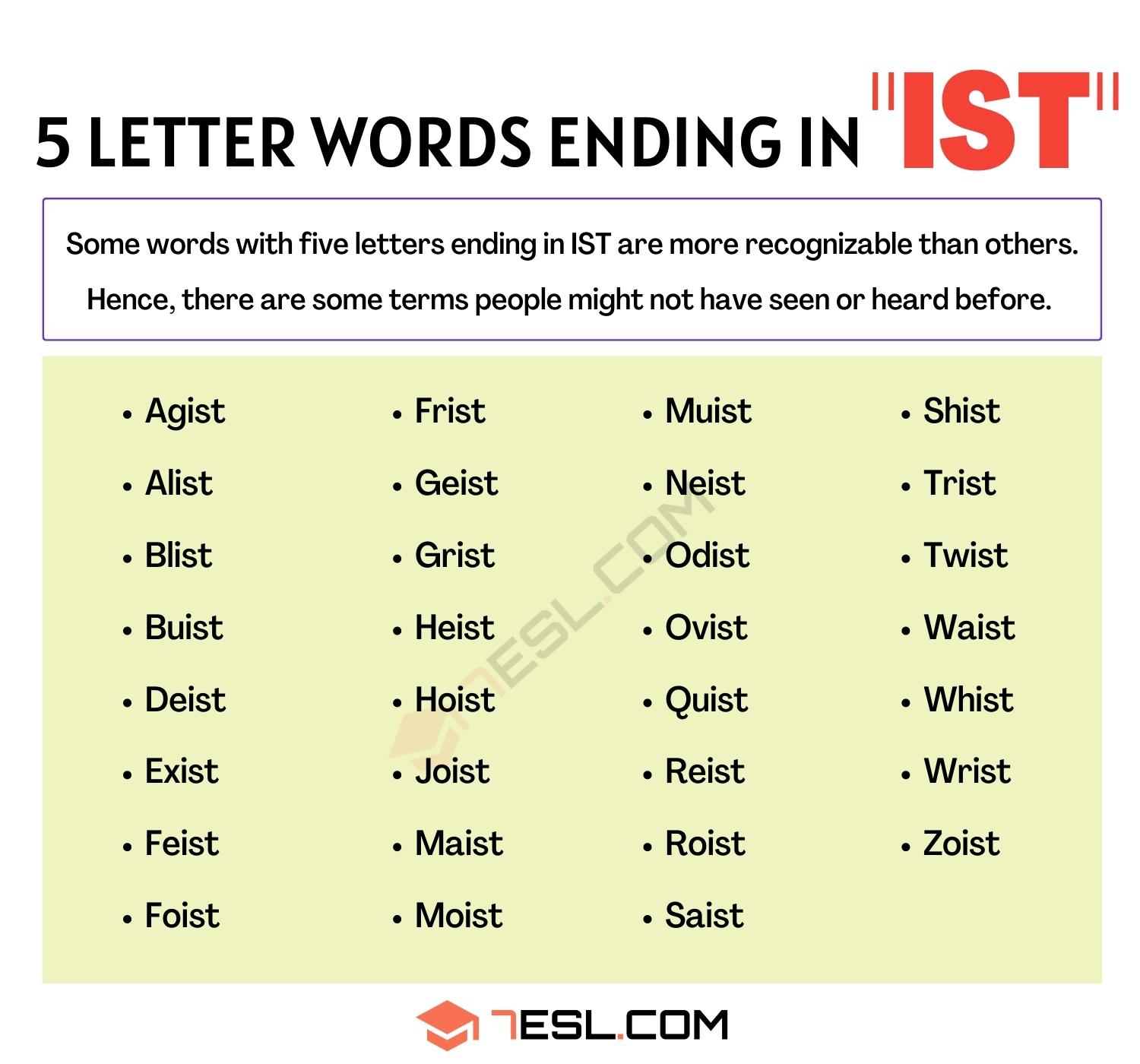