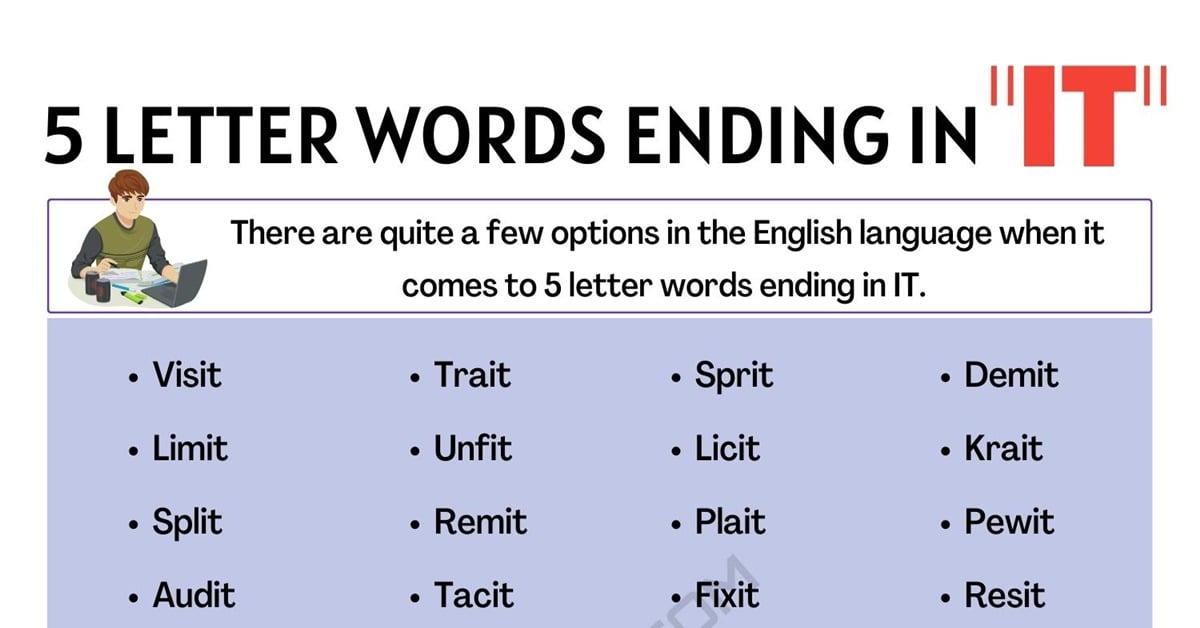 What are 5 letter words ending in it in the English language? Are you stuck on a crossword puzzle? Is number one across five letters and ends with the letters I and T, perhaps? Or, do you need a couple of 5 letter words ending in IT for a term paper or work document? It doesn’t really matter why you need to know such terms. The point is that you do, and you’ve come to the right place because those words are the topic of discussion today.

5 Letter Words Ending in IT

There are quite a few options in the English language when it comes to 5 letter words ending in IT. However, your brain may be like others and go blank when you need one at a moment’s notice. Don’t fret, though, because after you finish this article, you’ll be armed with loads of words to use while playing Scrabble, talking to friends, writing a paper, or doing something else.

5 Letter Words Ending in IT

Some five-letter words with IT at the end are simple, while others are complex and you might not have even heard before. This section is focusing on the latter. However, if more commonly used words are what you’re after, be sure to stick around and read on. Common 5 letter words ending in IT will be discussed afterward. But first, as promised, some terms that are less likely to get used in everyday conversation include:

Common 5 Letter Words Ending in IT and their Meanings

Vomit ends with the letters IT and contains five letters. It can be used as a verb meaning to eject matter from the stomach through the mouth. However, the term can also be a noun defined as matter vomited from the stomach. To use the verb form of vomit in a sentence, one could say, “The smell of the chicken coop got to his stomach, leaving him feeling as if he were going to vomit.”

Split also makes this list of 5 letter words ending in IT. This term is a verb and can be defined as to break or cause to break forcibly into parts. If an individual were asking a question with the word, it might sound something like, “Did he eat too much at dinner, causing the seam in his pants to split?”.

Admit is another word that ends with IT and only has five letters. In this situation, it means to confess to be true or to be the case. The boy wanted to admit that he stole the candy, but he was way too scared. That is how the term admit can be used in a sentence.

The hope is that you are now armed with the 5 letter words ending in IT that you sought. However, if more expressions are required, just hop on your smartphone and type in a few keywords for what you seek. In the blink of an eye, you should have all of the results you could ever need.

5 Letter Words Ending in IT | Image 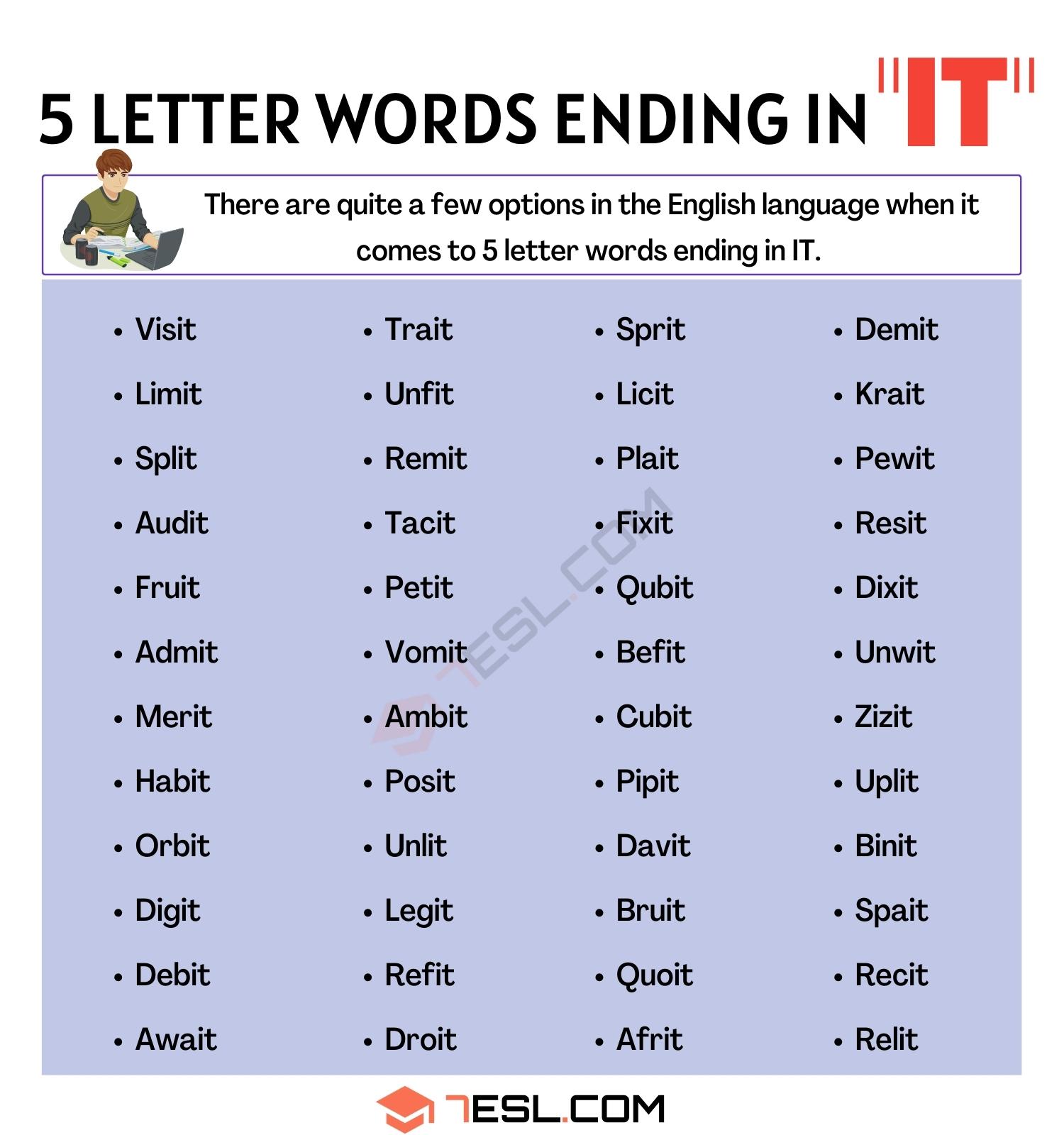