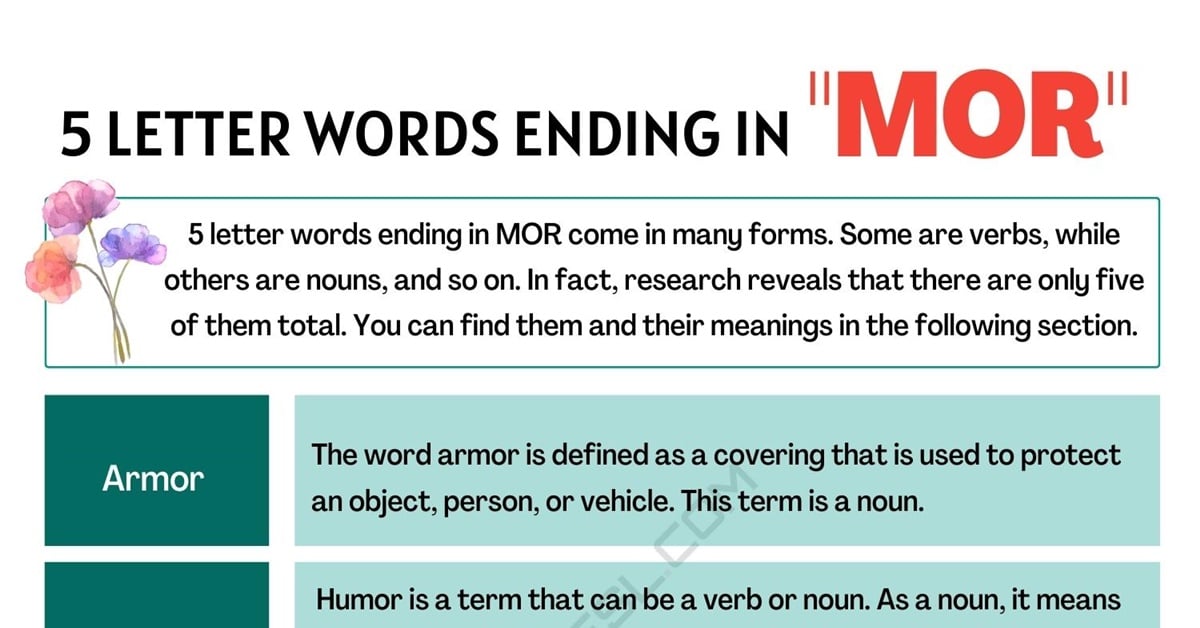 There are loads of 5 letter words in the English vocabulary. Not all of them are the same, though. Today’s focus is on 5 letter words ending in MOR. They don’t necessarily begin or contain the same letter. Most of the terms won’t have the same meanings either. It doesn’t matter why you’re here to get to know them. The point is that you are. So, stick around and read on to learn more.

5 letter words ending in MOR come in many forms. Some are verbs, while others are nouns, and so on. However, did you know that there aren’t a ton of terms that end with M, O, and R? It’s true. In fact, research reveals that there are only five of them total. You can find them and their meanings in the following section.

5 Letter Words Ending in MOR with their Meanings

It is notable to mention that armor is a five-letter word ending in MOR in American English. But that isn’t the case where British English is concerned. That is because the spelling is different, and armor becomes armour, a six-letter term. Anyways, that is a subject for another day.

The word armor is defined as a covering that is used to protect an object, person, or vehicle. This term is a noun. Nouns are often thought of as nothing more than people, places, or things, but they can actually be much more than that. Nouns can also refer to qualities, ideas, and actions. To use the word armor in the form of a question, one might ask, “Did the knight die after their suit of armor was pierced?”.

Humor is a term that can be a verb or noun. As a noun, it means the quality of being amused or comical. Meanwhile, in the verb form, humor is defined as complying with the wishes of someone to keep them content. Similar to the word armor above, humor also contains six letters in Commonwealth English. “The comedian amused everyone in the audience with his humor”. That is an example of how to use humor in a sentence.

Next up on this list of 5 letter words ending in MOR is the word rumor. As a noun, it means a circulating story that is doubtful. The term can also be a verb defined as being circulated as an unverified account. To use rumor as a noun, one might say, “That rumor about that girl going around the school has to be untrue.”

Tumor is another term with five letters that ends with MOR. It means an abnormal growth of tissue, which could be cancerous. The doctor found a tumor in the patient’s liver after running some tests is how to use the word in a sentence.

Timor is an island north of the Timor sea in Southeast Asia. It is divided between East Timor and Indonesia. An example of how to use the word is, the couple went on vacation to Timor.

Hopefully, these 5 letter words ending in MOR serve you well. Use them to answer crossword puzzles or sound smart in front of your friends. Heck, you can even use them in school/work papers to wow a teacher or boss. The choice is yours. 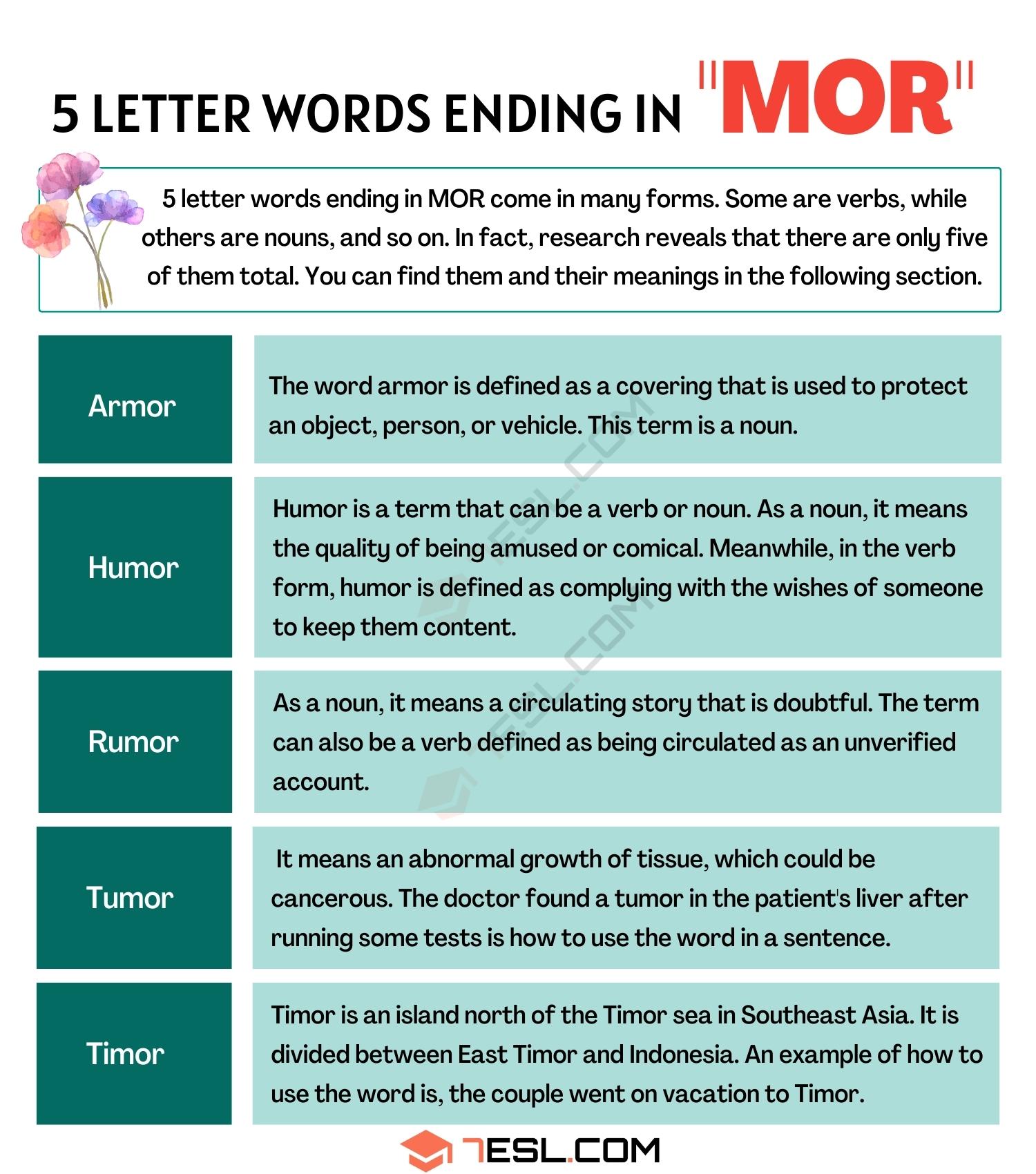