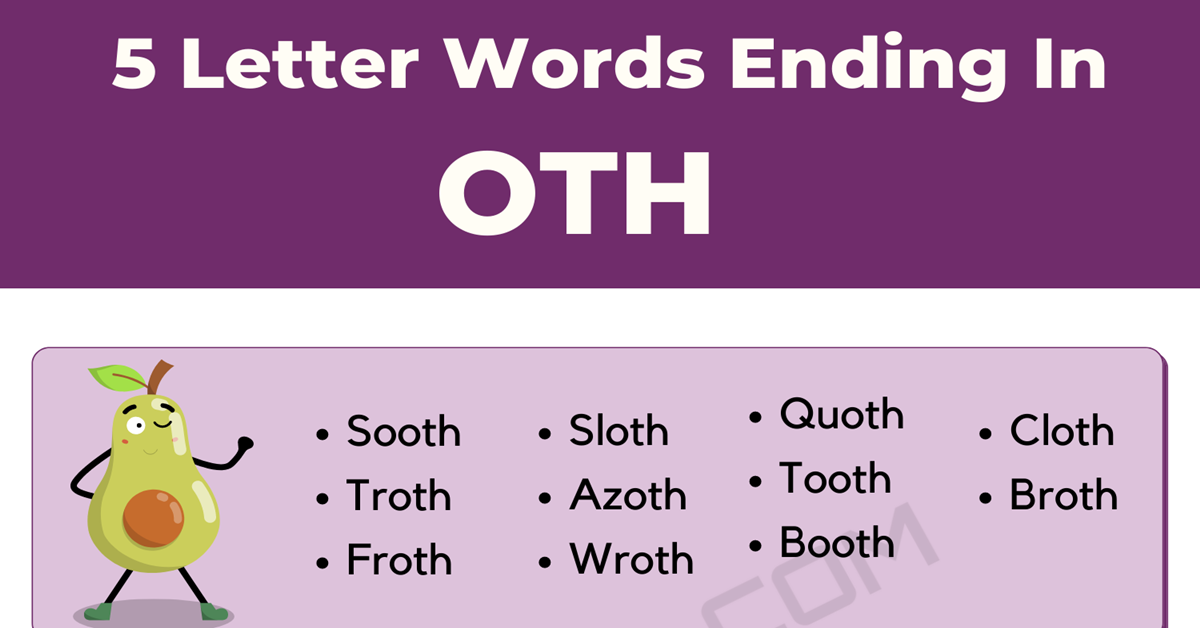 The English language contains many five-letter words. Some start with this letter, while others begin with that one. Meanwhile, this letter, or that one, is at the end of that term, and so on. However, today’s focus is only on 5 letter words ending in OTH. Hence, if that’s what floats your boat, you are at the right place.

Five-letter words are exactly what they sound like, words that contain five letters, no more, or no less. The terms can be verbs, adjectives, nouns, or other parts of speech. They may describe actions or speak of people, things, and places.

Then again, the words might tell you more about something. Now, it is time to move on to the next section, which will discuss 5 letter words ending in OTH with meanings.

The word booth has several meanings. However, today, its definition is a stall or compartment for the sale of goods. The term is a noun, and if someone wanted to use it in a sentence, they might say, “The students stopped by the dunking booth to try and knock their teacher in the water.”

Next on this list of 5 letter words ending in OTH is the term cloth. It means a fabric of wool, silk, cotton, or another similar fiber made by weaving, felting, etc. A person can ask a question with the noun if they wish. It may go something like, “Did you feel how soft the cloth bag was?”.

The term froth is a noun with two definitions. One states the word means foaming caused by agitation or fermentation. Then, the other defines the term as worthless talks, ideas, or activities. The word froth can be a verb as well. As a verb, it means a rising or overflow of bubbles. He quickly sipped the beer as it frothed to prevent the bubbles from escaping the can. That is one way to use the word froth in a sentence.

The word sloth is a noun. It can mean laziness or a reluctance to work. However, the term is also defined as a slow-moving tropical mammal. The sloth was hanging upside-down in the tree but didn’t fall because its razor-sharp claws were dug into the bark is an example of how sloth can be used in a sentence.

As with some of the other words ending in OTH on this list, the word tooth has various meanings. But for these purposes, it is defined as an enamel-covered structure in the jaws of most vertebrates. Teeth are used for the purposes of biting and chewing. The father told his daughter to put the tooth under her pillow so the Tooth Fairy would come is one way to use the term in a sentence.

There are many five-letter words, but there are only so many that end with the letters O, T, and H. Hopefully, this list serves you well. However, there are other such terms out there. So, don’t hesitate to go find them if need be. 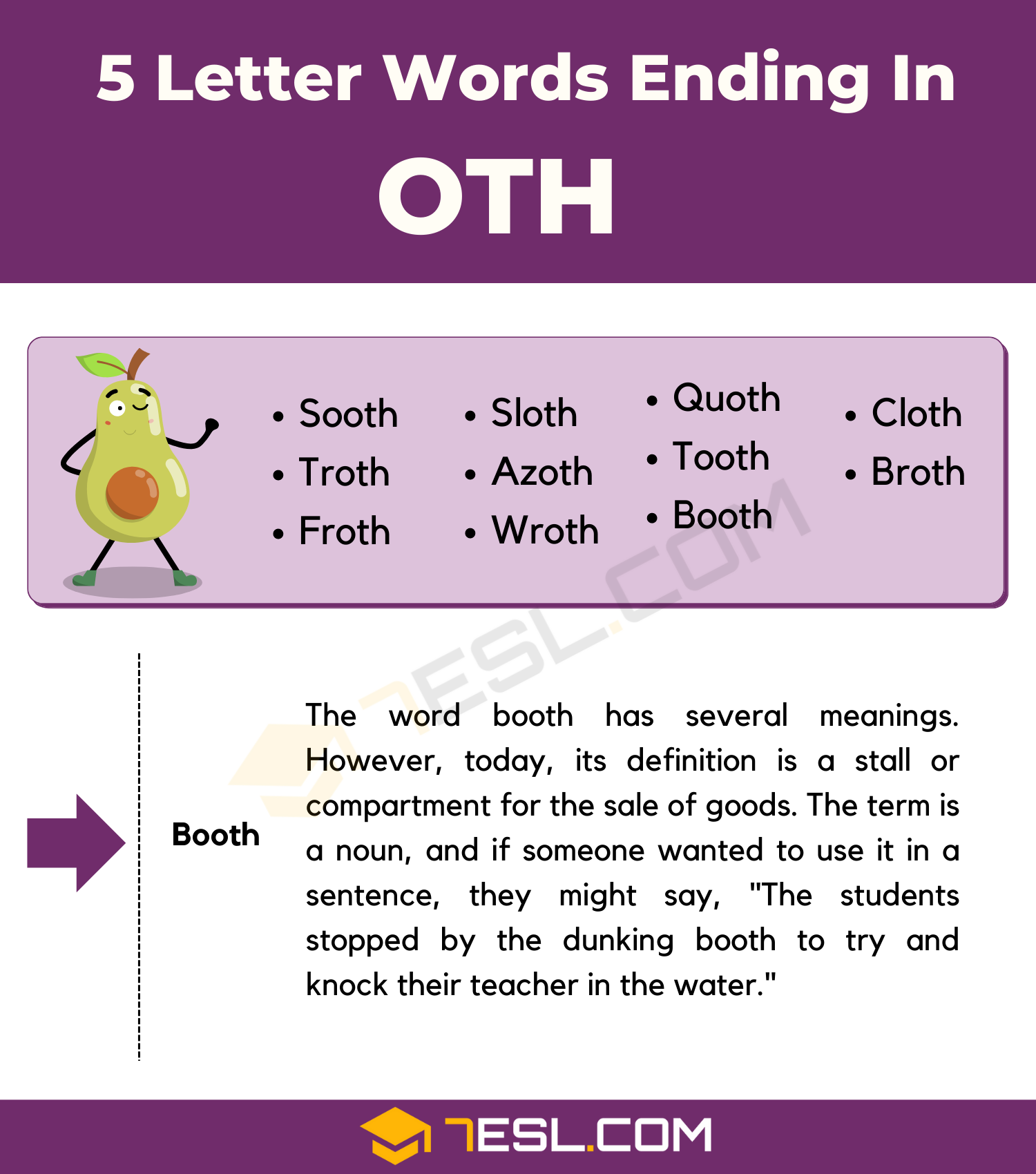