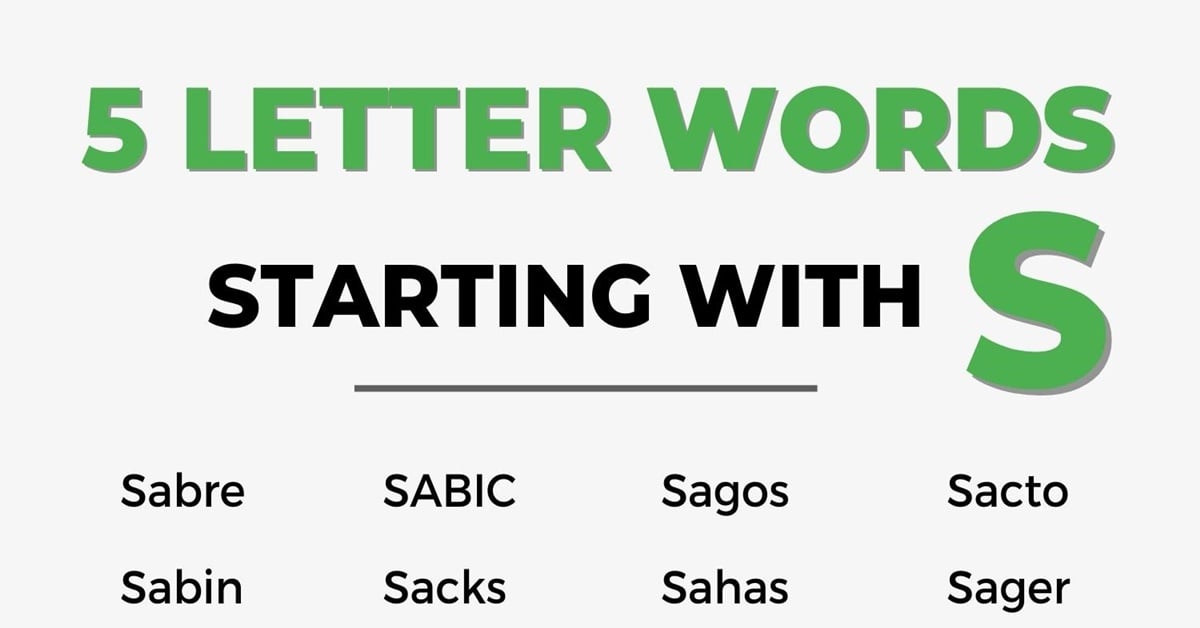 What are 5 letter words starting with S? Letters combine to form and make up words. Words then flow together in sentences that produce language in a way that we can understand. Words and language, therefore, become very important parts of daily living, being used to communicate together and allow relationships and friendships to be made. Tasks that we have to engage in every day require the use of words and language, which can be produced through speech, writing, reading, and, nowadays digitally. Digitally, we’re able to express words and language in a way that makes it easy and convenient to stay in contact with each other.

Five letter words are created by using only 5 letter combined together. These words usually contain a mixture of vowels and consonants (but will use mainly consonants to make the word). Vowels include the letters a, e, i, o, and u. Consonants refer to the rest of the letters that make up the alphabet.

Some examples of five letter words are “yours,” “theirs,” “thank,” “thought,” and “cheer.” As you can see, all of these words contain a mixture of vowels and consonants. However, this isn’t always the case with words, and on rare occasions, words can be formed without using any vowels.

Here, we’re going to look at many 5 letter words starting with S, as well as what some of them mean.

Below is a list of 5 letter words that begin with S:

Here are some more 5 letter words that start with S:

Some of these words you might hear every day. Others, you’ll likely hear less often. Some involve descriptive words, others involve names, while the list also includes abbreviations.

“Sally” and “Sabin” are two five letter words beginning with S that are used as names. Other words included in the list that are more commonly known are “salon,” salsa,” “saint,” “sadly”, “sacks,” and “sales.”

When you hear the word “salon” your mind will likely be taken to a hair salon. “Saint” is often used to describe someone who is seen as having good morals. “Sadly” denotes a negative emotion expressed when someone is feeling down about something. “Salsa” is often used as a dip or sauce and added to certain foods, such as being popular in Mexican cuisine. “Sacks” can refer to large bags for carrying, and “sales” is often used when referred to a business prospect being fulfilled.

Language is a necessary tool that we use to communicate. Oftentimes, you’ll see or hear words that you’ll already be aware of due to cultural and societal norms. However, on occasion, there are words that are less commonly used. With all types of words, this can be experienced. That includes 5 letter words that start with S. 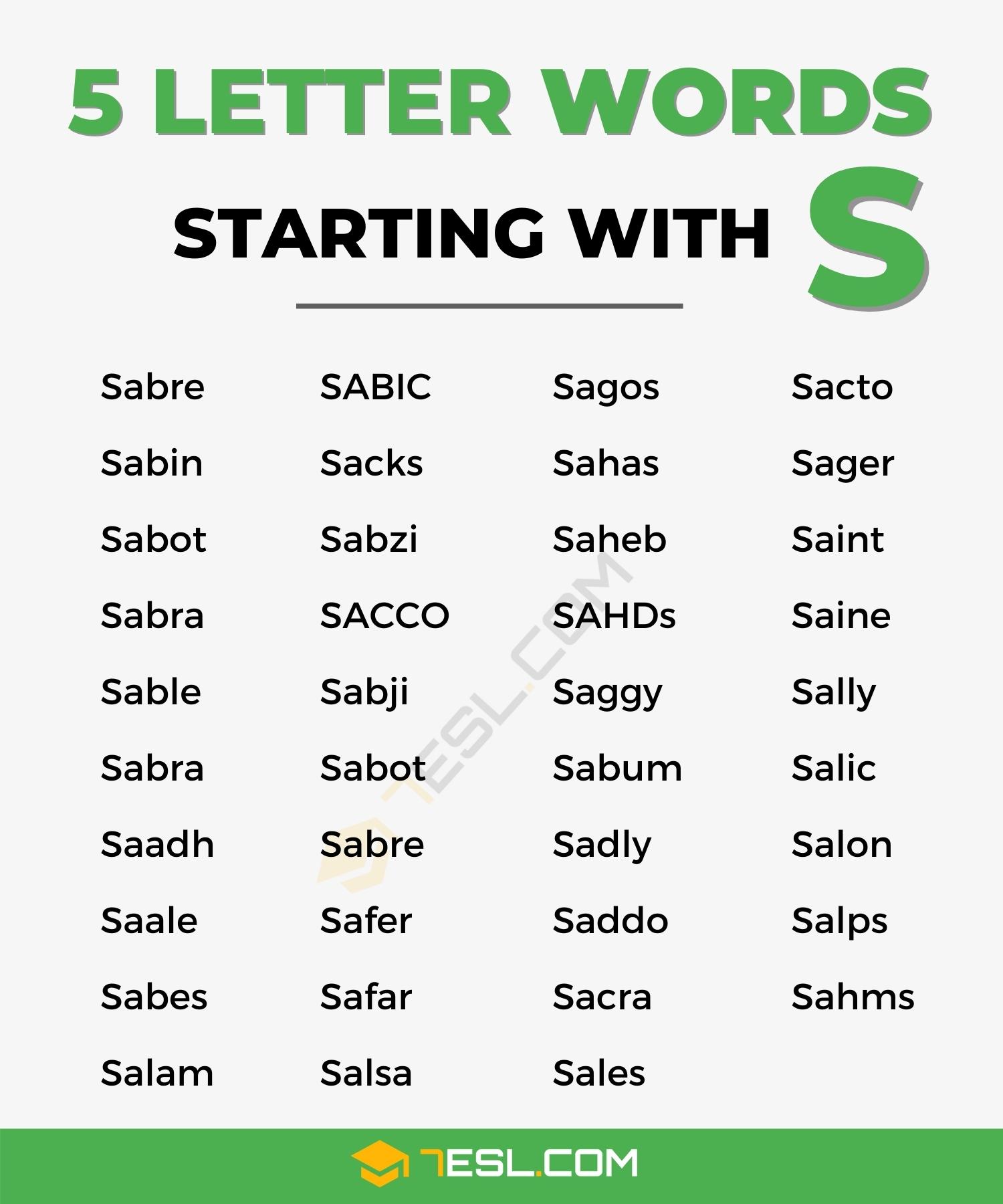