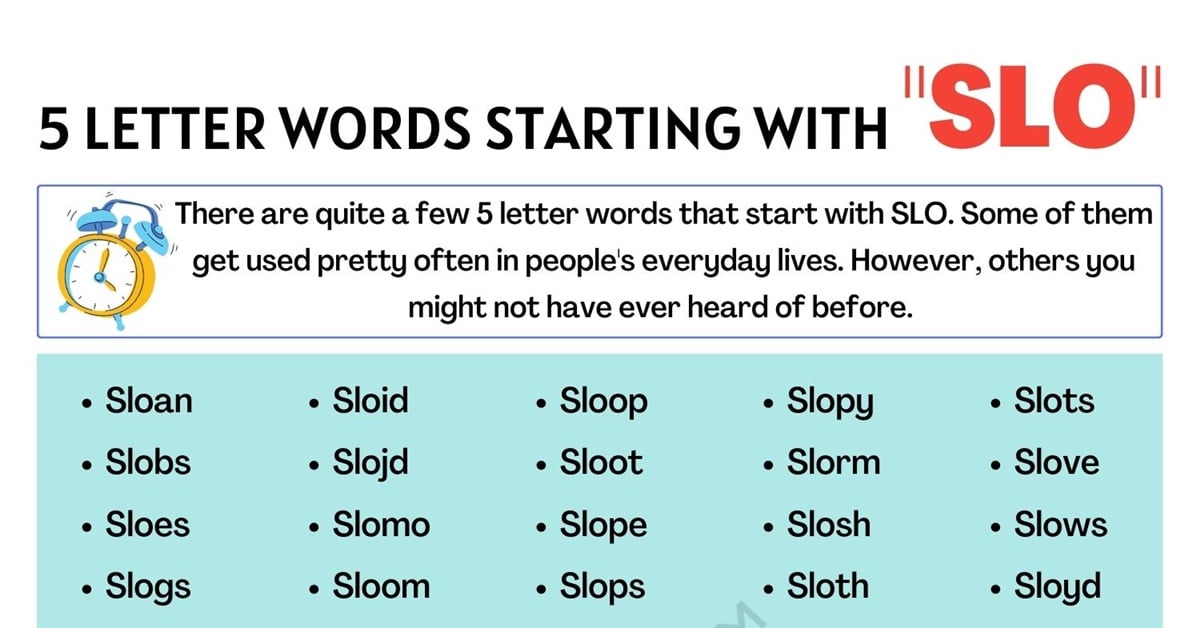 What are 5 letter words starting with slo? Obviously, words come in many different shapes and sizes. Some are long while others are short. However, today’s focus is on some particular types of terms, 5 letter words starting with SLO. Why might that interest you? Perhaps you’re trying to answer a crossword puzzle clue. Then again, maybe you simply want to strike up a conversation with co-workers, letting them see how smart you are. Regardless of why you need the info, you’ve come to the right place.

5 letter words starting with SLO are just that, five letter terms with S, L, and O at the beginning. The final two letters won’t be the same, and the words typically don’t have the same definitions. Of course, that may not always be true, though. After all, many terms have synonyms and similar meanings. Five-letter words with SLO at the start can be verbs, nouns, and other parts of speech. Stay tuned and read on to learn more.

There are quite a few 5 letter words that start with SLO. Some of them get used pretty often in people’s everyday lives. However, others you might not have ever heard of before. Those terms are the focus here but stick around because the next section is looking at more common words and their definitions.

Following are 20 most common 5 letter words starting with SLO in the English language.

5 Letter Starting with SLO with their Meanings

The word sloth is a noun. It can be defined as the reluctance to work or make an effort. However, the term has another meaning, which people are usually more accustomed to, a slow-moving tropical mammal. The latter is what will be used in the following example of how to use the word in a sentence. A sloth can grow between 2 and 2.5 feet in length.

You’ve likely heard the word slope before, but did you know that it can be a verb or a noun? It’s true. As a verb, the term means a slant up or down. Meanwhile, as a noun, slope can be defined as a rising or falling surface. To use the word in a sentence, one might say, “The slope of that hill was too steep and the boy slid down after trying to climb it.”

Next up on this list of 5 letter words starting with SLO is the term slosh. It can be a verb meaning the noise that liquid in a container makes splashing around irregularly. In addition, the word slosh can be a noun on occasion. As a noun, the term is defined as an act or sound of splashing. If you wanted to ask a question using the word, you could ask, “Is that the slosh of the washing machine I hear in the basement?”.

These 5 letter words starting with SLO barely even begin to scratch the surface. In other words, there are others where these came from. So, if you still need to know other terms with S, L, and O at the beginning, you shouldn’t have any problems locating them via an online search or dictionary. 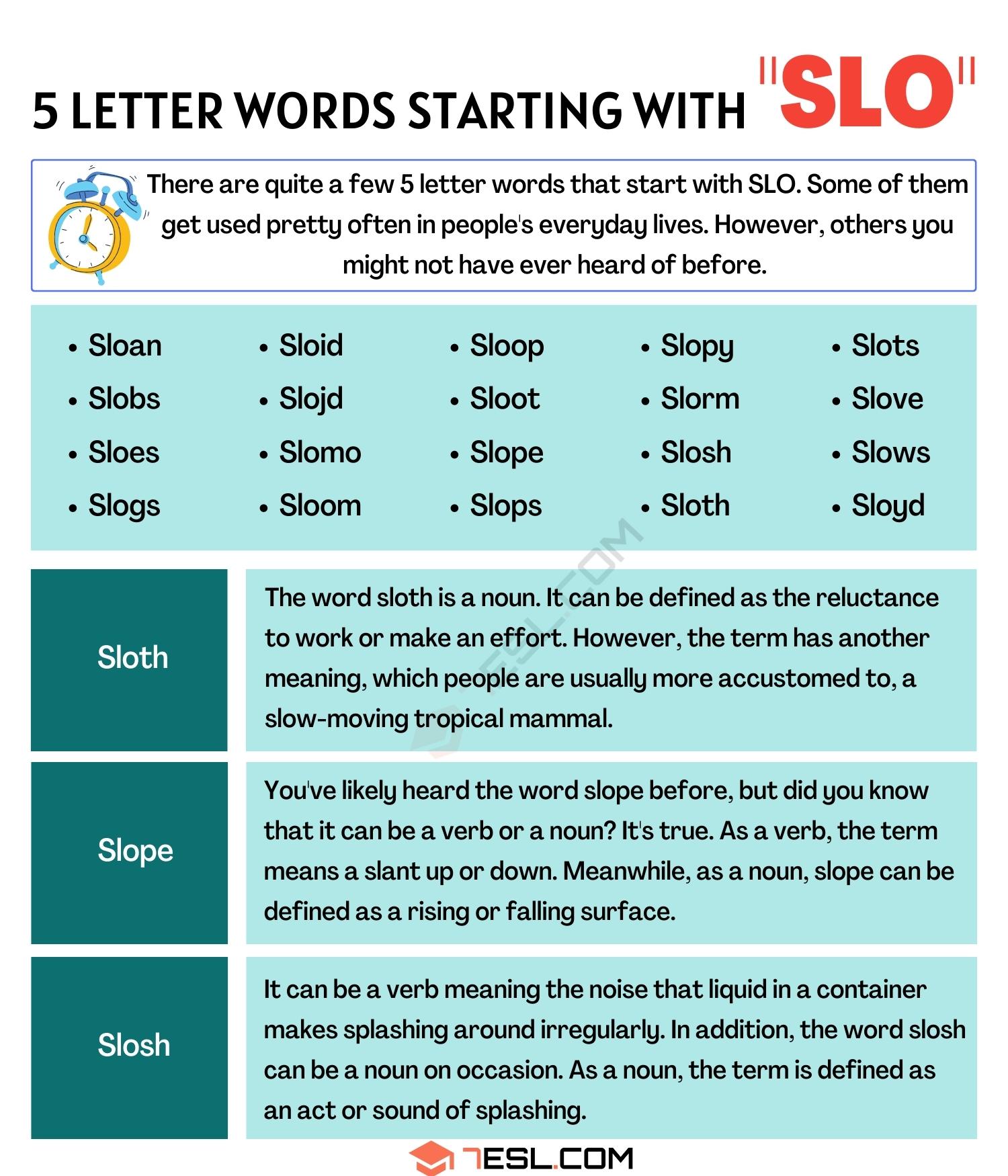