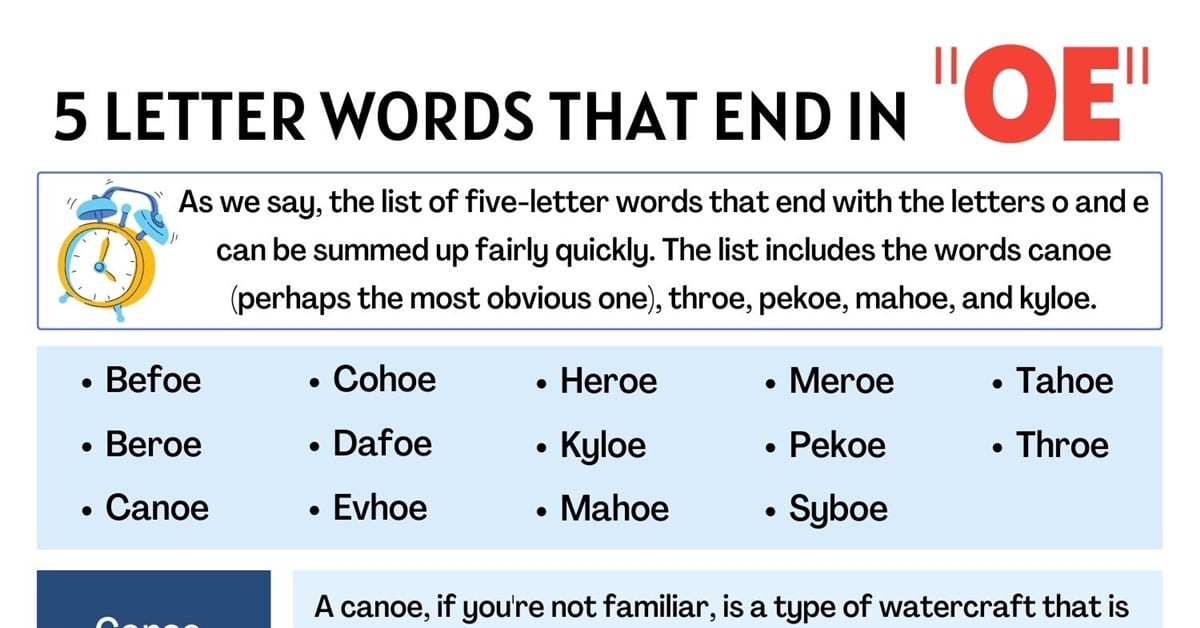 5 Letter Words that End in OE

What are 5 Letter Words that End in OE?

As we say, the list of five-letter words that end with the letters o and e can be summed up fairly quickly. The list includes the words canoe (perhaps the most obvious one), throe, pekoe, mahoe, and kyloe.

Following are 14 examples of 5 letter words that end in oe.

5 Letter Words that End in OE with their Meanings

A canoe, if you’re not familiar, is a type of watercraft that is also frequently referred to as a kayak. Canoes are usually pointed at both ends and open on top. The original form of the word canoe was kanawa, which was the Ar`awakan word for a dugout canoe in the Caribbean. Kanawa eventually became the Spanish/Portuguese word canoa. This tiny boat was a prime means of transport for trade and exploration until the mid-19th century.

A throe is defined as a severe pang or spasm of pain or can also be a difficult struggle that takes place at the start or end of a task. No surprise then that throe is derived from the Middle English word throu, which is uterine contraction during childbirth. It’s also frequently associated with a death throe which is the phrase for the suffering one has during death.

Pekoe may have your taste buds watering as it’s a high-quality black tea made from young leaves grown in Sri Lanka, India, and Java. The origin of the word pekoe is a bit hazy, but it’s believed to come from the Chinese word pek-ho (or white down) which further is traced to the phrase “from being picked while leaves still have the down on them”.

The odds of you having a mahoe in your yard are likely pretty small unless you live in one particular country. A mahoe, also known as melicytus ramiflorus or whiteywood, is a small tree endemic to New Zealand. One of the most common trees in that nation, the mahoe can grow over 30 feet high and have a trunk almost two feet in diameter. The mahoe has whitish bark, brittle twigs, dark green leaves, and small yellowish flowers. It also produces berries that are a vivid violet when ripe.

If you’re ever out wrangling in the mountainous region of northwest Scotland, you’ll want to keep an eye out for some kyloes. The animals are a shaggy-haired breed of cattle that roam the Scottish Highlands. The kyloe comes with long horns that are both curved and widely spaced. Experts believe the word kyloe comes from early 19th century Scottish Gaelic.

So there you have it: all you need to know about some five-letter words that end in oe. Hope you enjoyed it! 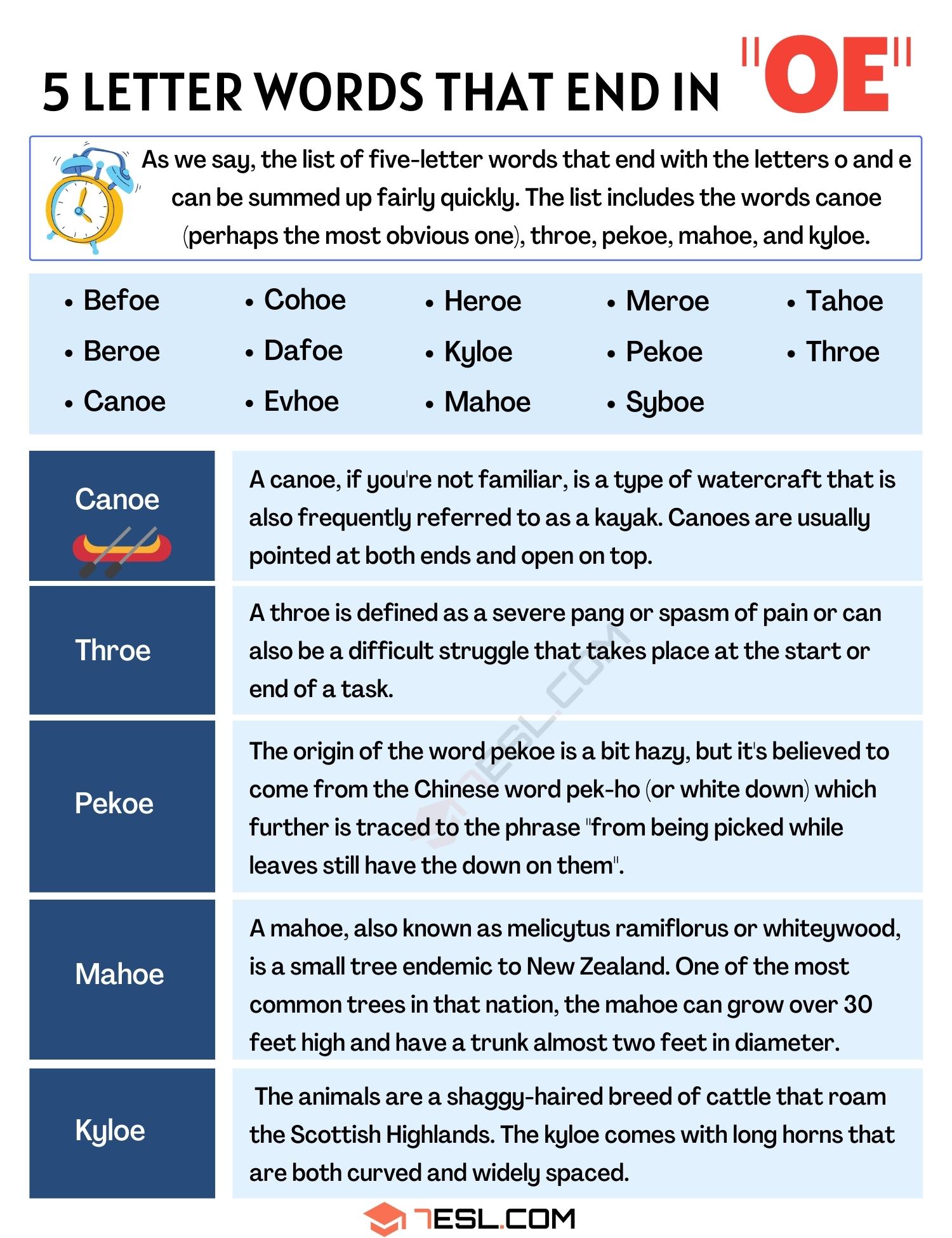