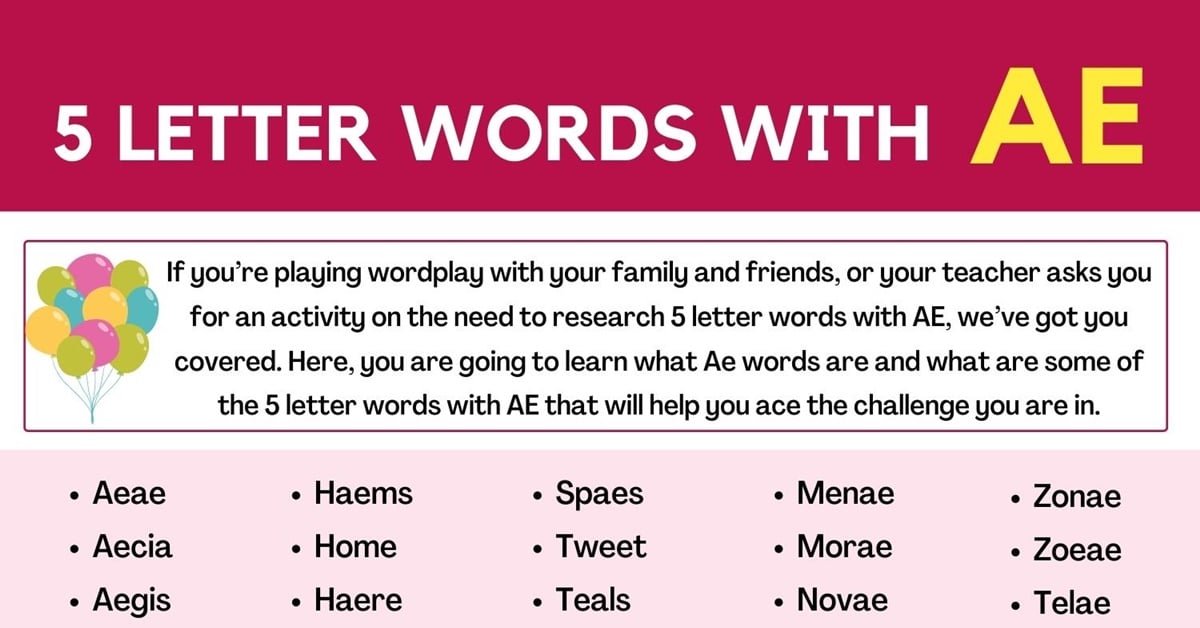 What are 5 letter words with ae? Playing with words is fun as it helps you widen your vocabulary. On the other hand, it is also tricky, mainly if it pertains to a specific category that needs to be accomplished, like finding words that start or end with a particular letter or thinking of words with a specific number of letters. Either way, both can be challenging and tiring.

Today, in our post, we will be helping you with whatever challenge you are in. If you’re playing wordplay with your family and friends, or your teacher asks you for an activity on the need to research 5 letter words with AE, we’ve got you covered. Here, you are going to learn what Ae words are and what are some of the 5 letter words with AE that will help you ace the challenge you are in.

What are 5 Letter Words with AE?

If we go back to basics, we all know that there are 26 letters in the English alphabet. Twenty-one of which is considered a consonant, while 5 of them are vowels. These five vowels are a, e, i, o, and you.

Sometimes in a word, we can observe that there are two vowels located consecutively arranged either at the start, at the center, or at the end of each word. These double-sounding vowels are called diphthongs. And just like me, as it is inserted in a word, it is also considered one.

Now, there is an exception. If the double vowels in a word are similar, like ee or oo, then it is not considered diphthong.

To know the words that have ae, examples will be given below.

Now, to get things started and give you some head start, here is the five-letter word with AE found at the beginning of a word.

5 Letter Words with AE in the Middle

To get things fired up, and add some great difference on points, we added up some five-letter words with AE located at the center of the word.

As they say, the last but not the least. This five-letter word with AE, which is located at the end of the word, can be added to your vocabulary. You can now finish the challenge with these words without worrying as you’ll surely come at first.

Now that you’ve learned about diphthongs and Ae, surely you’ll be able to quickly learn, understand and remember these words. Yes, learning the English language is challenging; that’s why widening your vocabulary is the first step to reaching the goal of expertise in English. With these, surely you’ll be. 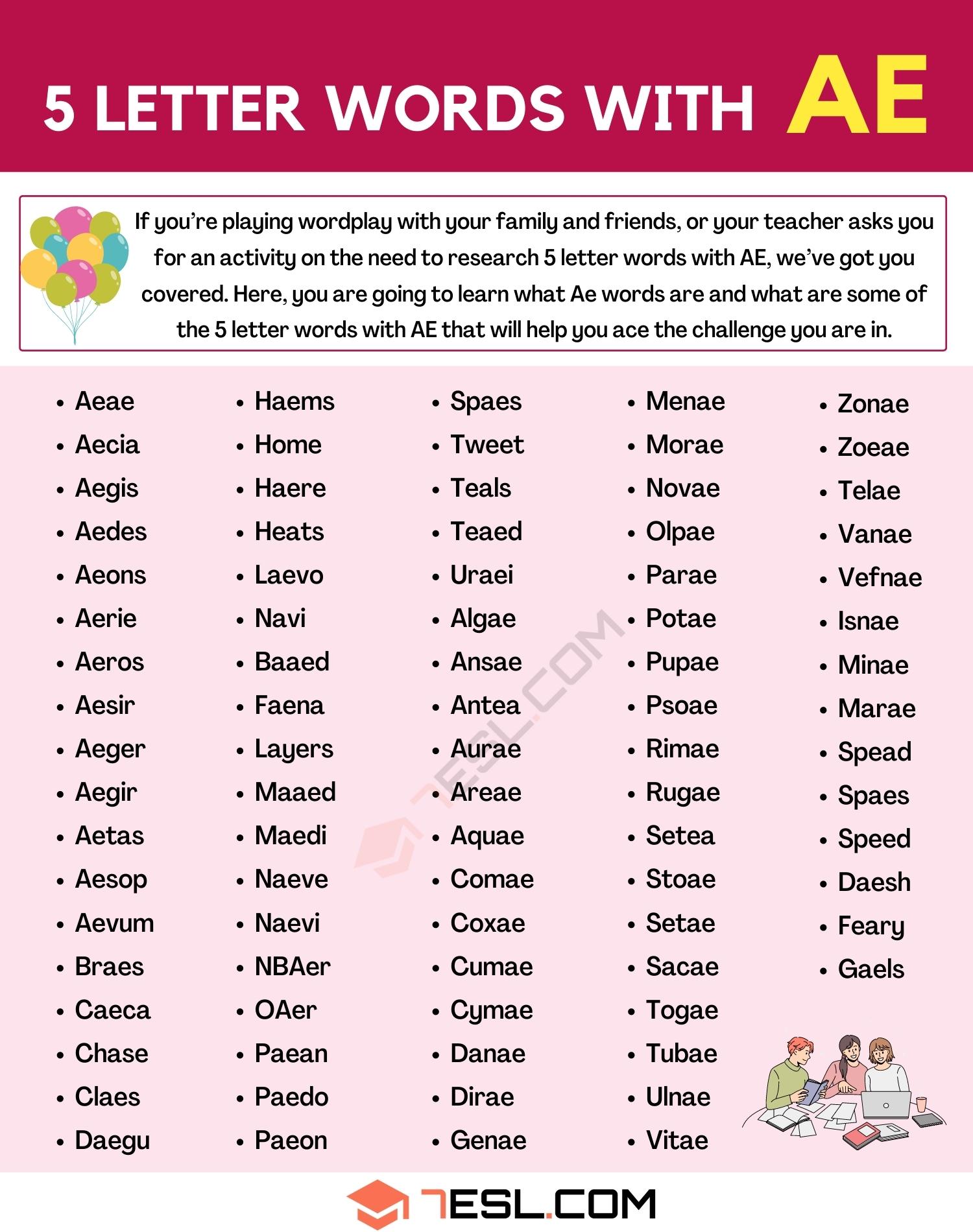