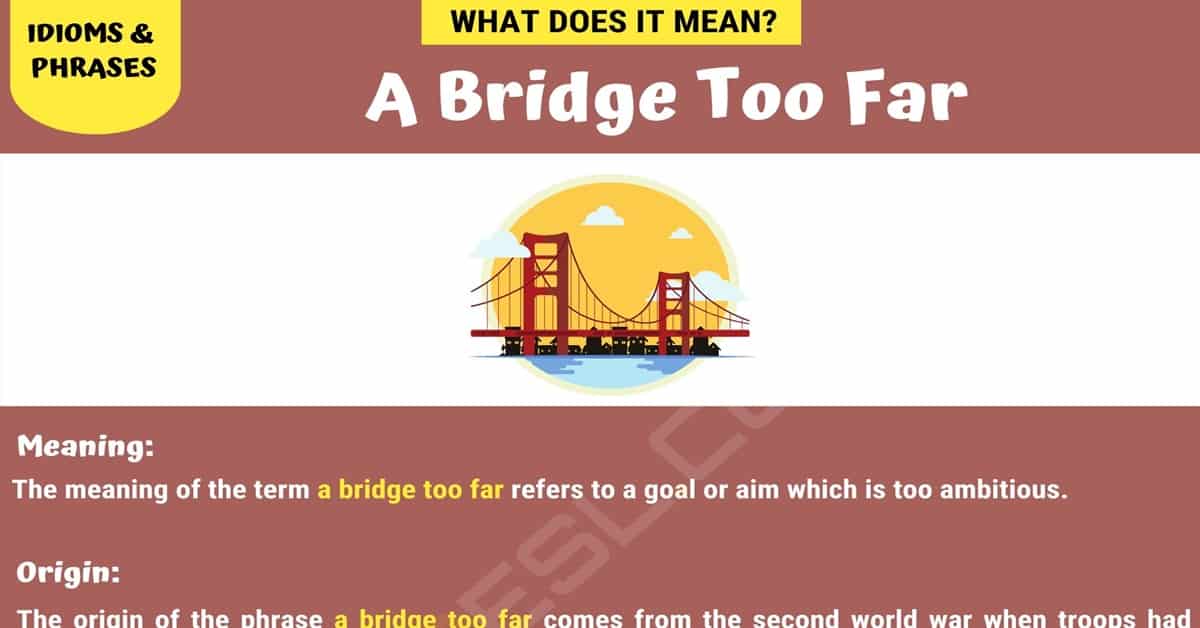 A bridge too far is a common idiom used within the English language, but for many people its meaning can be confusing. We are going to take a look at what this term means as well as looking at where it originally came from. We will also look at some examples of how the phrase can be used within a conversation to allow us to further understand its use.

A Bridge Too Far

A Bridge Too Far Meaning

The meaning of the term “a bridge too far” refers to a goal or aim which is too ambitious.

The origin of the idiom “a bridge too far” comes from the second world war when troops had difficulty in physically holding up a bridge without the correct tools, thus the phrase was coined.

“A Bridge Too Far” Examples

We will now look at some examples of sentences in which the idiom a bridge too far might be seen.

The first is a statement being made in a news report.

This second example is being made by a teacher.

You are likely to see the term “a bridge too far” being used in various different conversations. Let’s now take a look at some examples of this to see how it might sound.

The first example is a conversation between two parents at their children’s dance school.

The next conversation is one which is taking place between two friends.

Other Ways to Say “A Bridge Too Far”

As with many sayings, there are other wordings which can be used.

Here are some examples of other things you might say which have the same meaning.

A Bridge Too Far Meaning | Picture 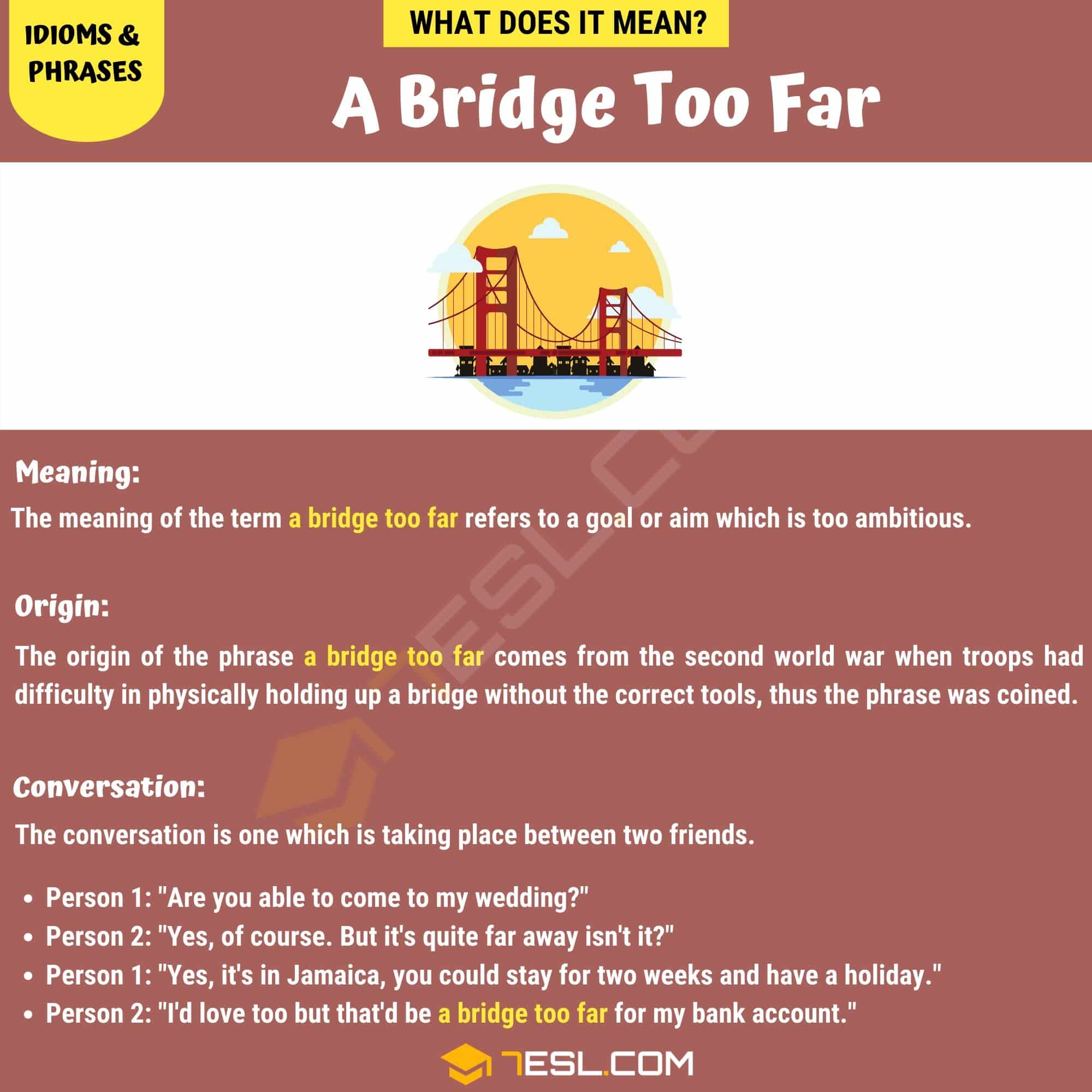 The “Origin of this idiomatic expression” cited here is incorrect. The expression comes from the WWII Operation Market-Garden (1944) in which only 2 of 3 bridges were secured by Anglo-American paratroopers, leading to the failure of the operation. It is attributed by UK general R.E. Urquhart to UK General Frederick Browning – “I think we may be going a bridge too far”.

“The origin of the idiom “a bridge too far” comes from the second world war when troops had difficulty in physically holding up a bridge without the correct tools, thus the phrase was coined.” – this is not accurate. Please read up on Operation Market Garden in WW2 and see Mr. Semeniuk’s comments here.