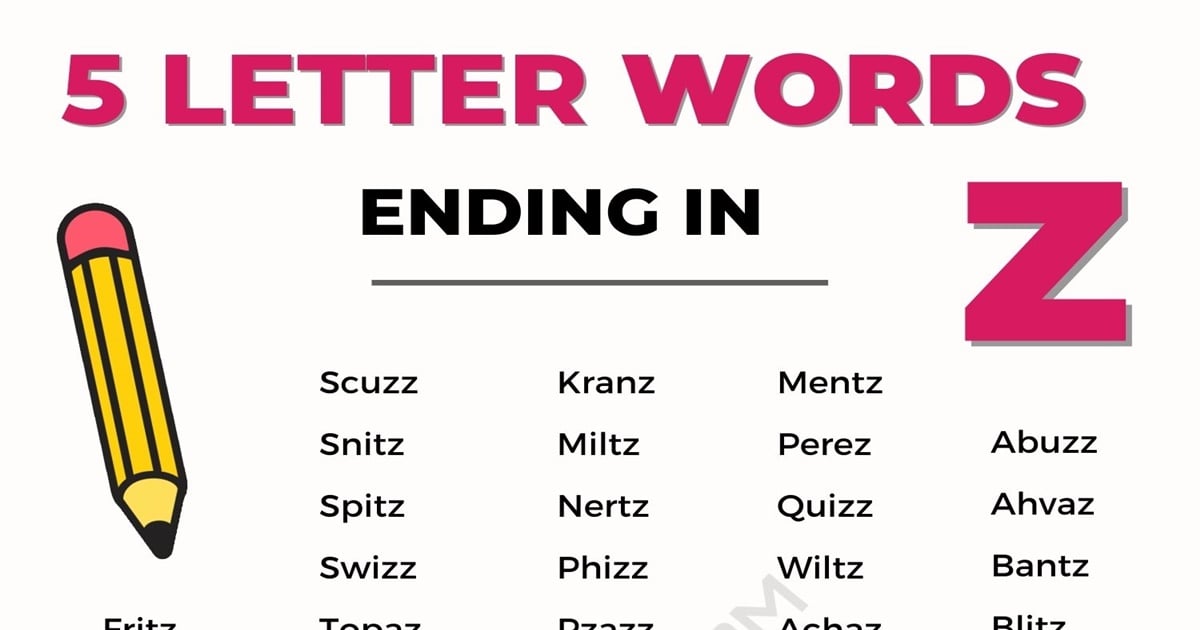 What are some 5 letter words ending in Z? The letter Z is the last and final letter of the modern English alphabet. Just like the letter Q, the Z tile is also worth a whopping 10 points in scrabble and the reason why it is deemed valuable in the game. Make the most out of your letter Z tile by taking a look at the list below. From abuzz to Wurtz, know these 5 letter words ending in Z and learn their respective definitions in order to recall the words easily when you need them.

The “5 letter words” can be an effective go-to strategy to achieve greatness. Whether you’re teaching kids how to read or you simply want to dominate your opponents while playing word games, the 5 letter words are the tools that will help you achieve your goals.

Here is a complete list of 5 letter words ending in Z that you can use to rack up the highest points possible in playing word games while expanding your vocabulary.

5 Letter Words Ending in Z with their Meanings 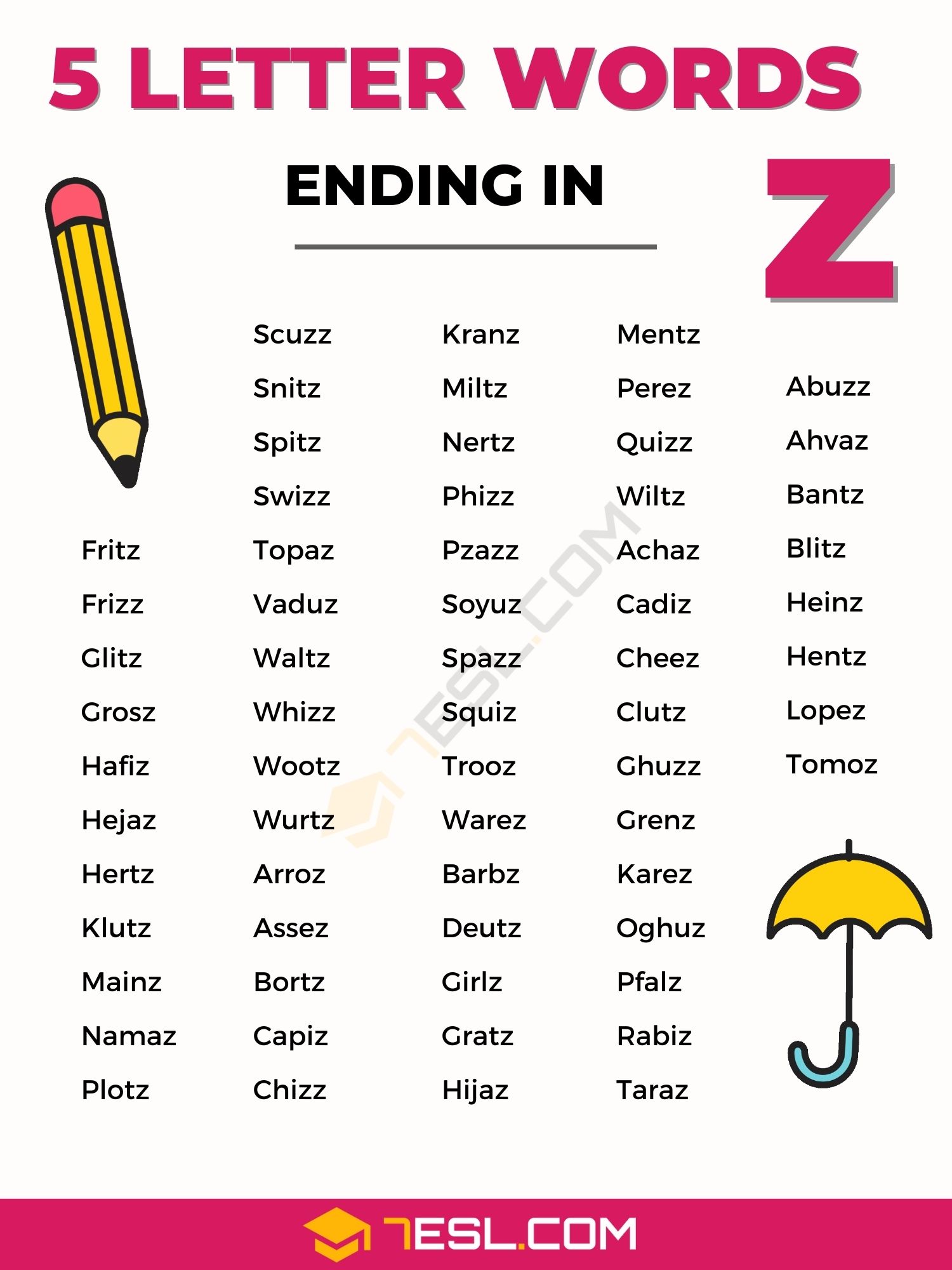