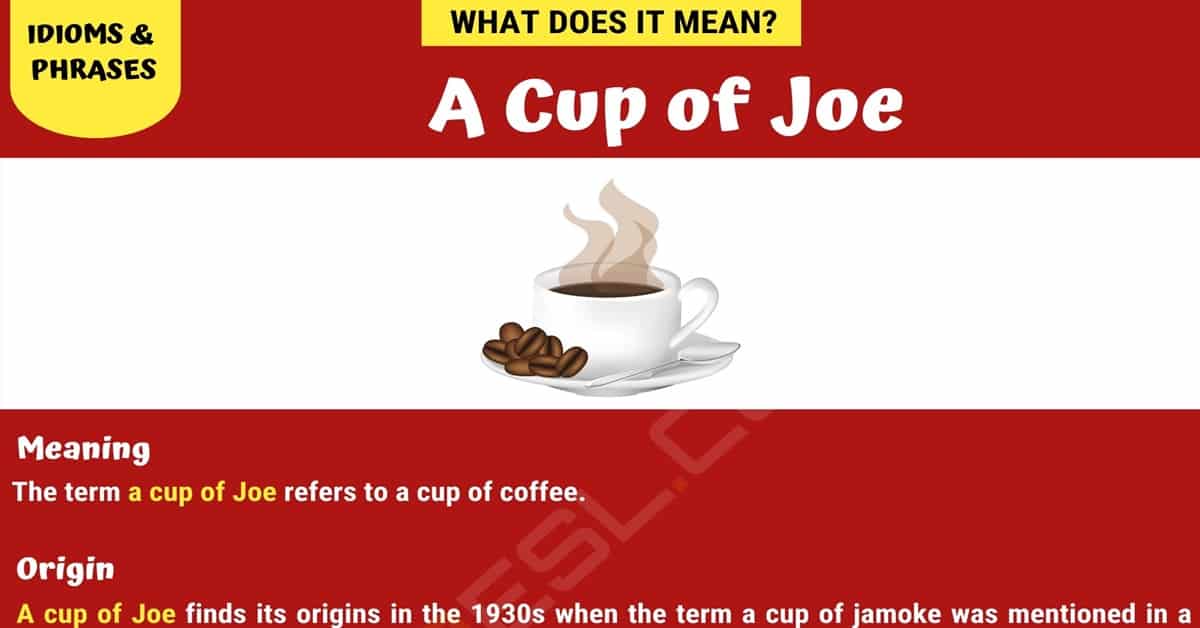 There are many times that you might hear the phrase a cup of Joe when listening to English speakers, but what is the meaning of this saying and where did it come from? We are going to take a look at the answer to these questions and also look at some examples of how the term can be used in a day to day conversation.

A Cup of Joe

A Cup of Joe Meaning

The term a cup of Joe refers to a cup of coffee.

A cup of Joe finds its origins in the 1930s when the term a cup of jamoke was mentioned in a military guide, this term was a portmanteau of the words java and mocha and has since been shortened to the phrase we use today.

“A Cup of Joe” Examples

Let’s now take a look at some examples of sentences in which you are likely to see the term a cup of Joe being used.

The first statement is one being made by a parent.

The second sentence example is being said by a husband to his wife over the telephone.

You are likely to hear the term a cup of Joe in many different situations. Let’s take a look at some of these conversations now in order to see how the phrase might sound.

The first conversation example is one which is happening between two friends.

Secondly, we will look at a conversation which is taking place between a doctor and patient.

Other Ways to Say “A Cup of Joe”

There might be other ways in which you can express the meaning of the term a cup of Joe by using different words, here are some examples of things you might say in its place.

A Cup of Joe Definition | Image 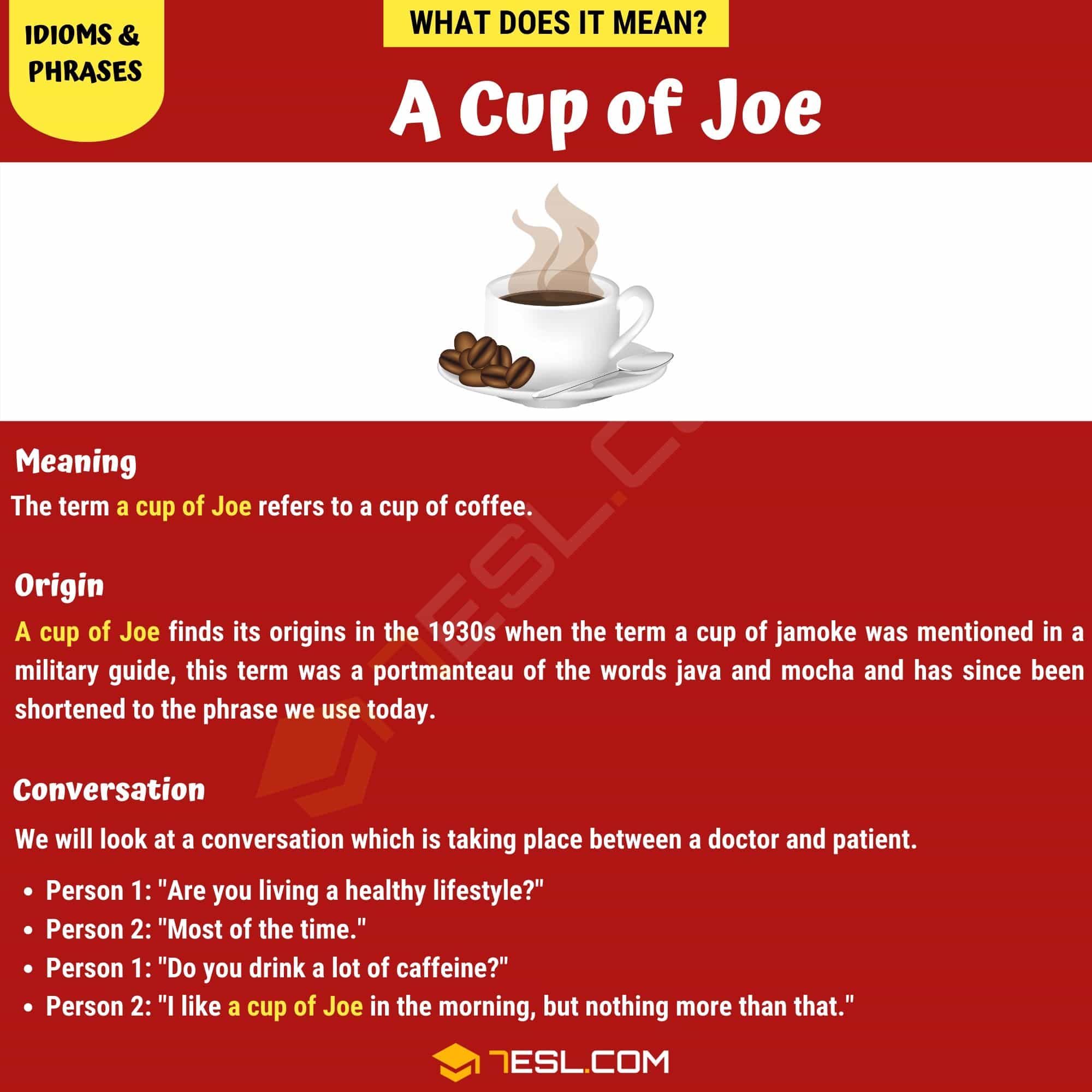