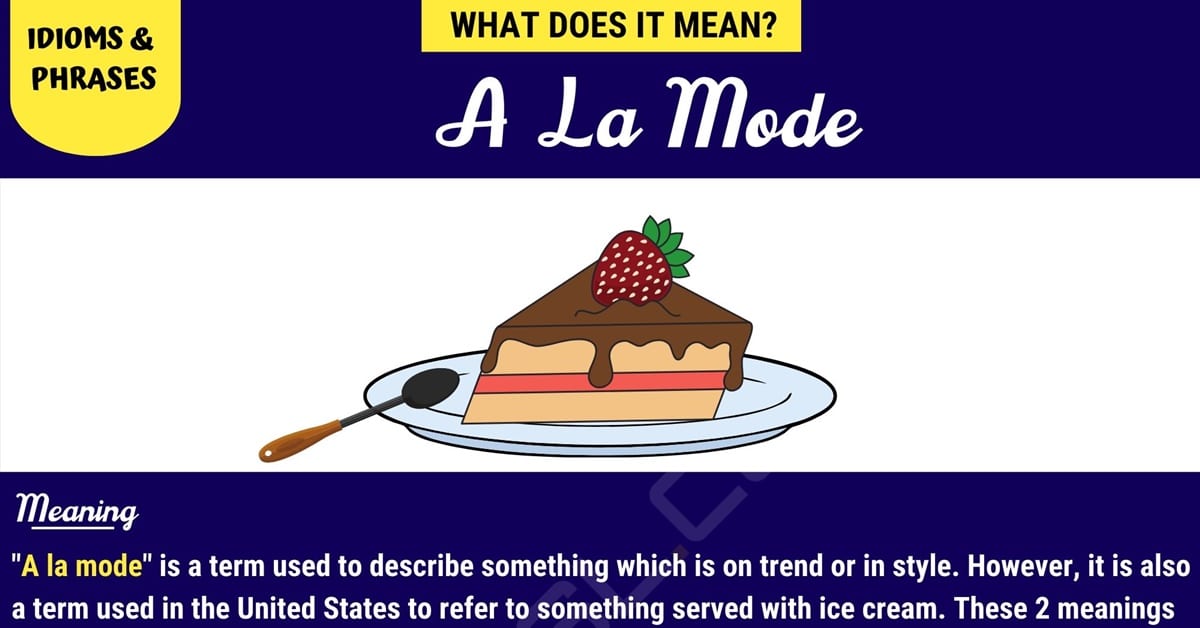 A term you might hear very often in conversation or in writing might be “a la mode”. You have probably heard this phrase and maybe have wondered what exactly it means, or perhaps where it came from. Let’s take a look at the meaning behind the term and why we use it.

“A la mode” is a term used to describe something which is on trend or in style. However, it is also a term used in the United States to refer to something served with ice cream. These two meanings might seem to be totally opposite so it is important we learn the proper use of each meaning.

“A la mode” is a term which comes from the French language. Looking back through history we can see that the phrase was one of the earliest French phrases to be incorporated into the English language way back in the 1600s. The use of the term to mean “served with ice cream” was introduced in the early 1900s.

You would likely use this term in its first meaning to describe a person who is very stylish, or you may use it to talk about an item of clothing that is very fashionable. In its second meaning, you would use it to order a dessert with which you would like ice cream.

The ways in which you would use the term a la mode might sound a little like the following conversations.

Other ways in which you might say “a la mode” could be: 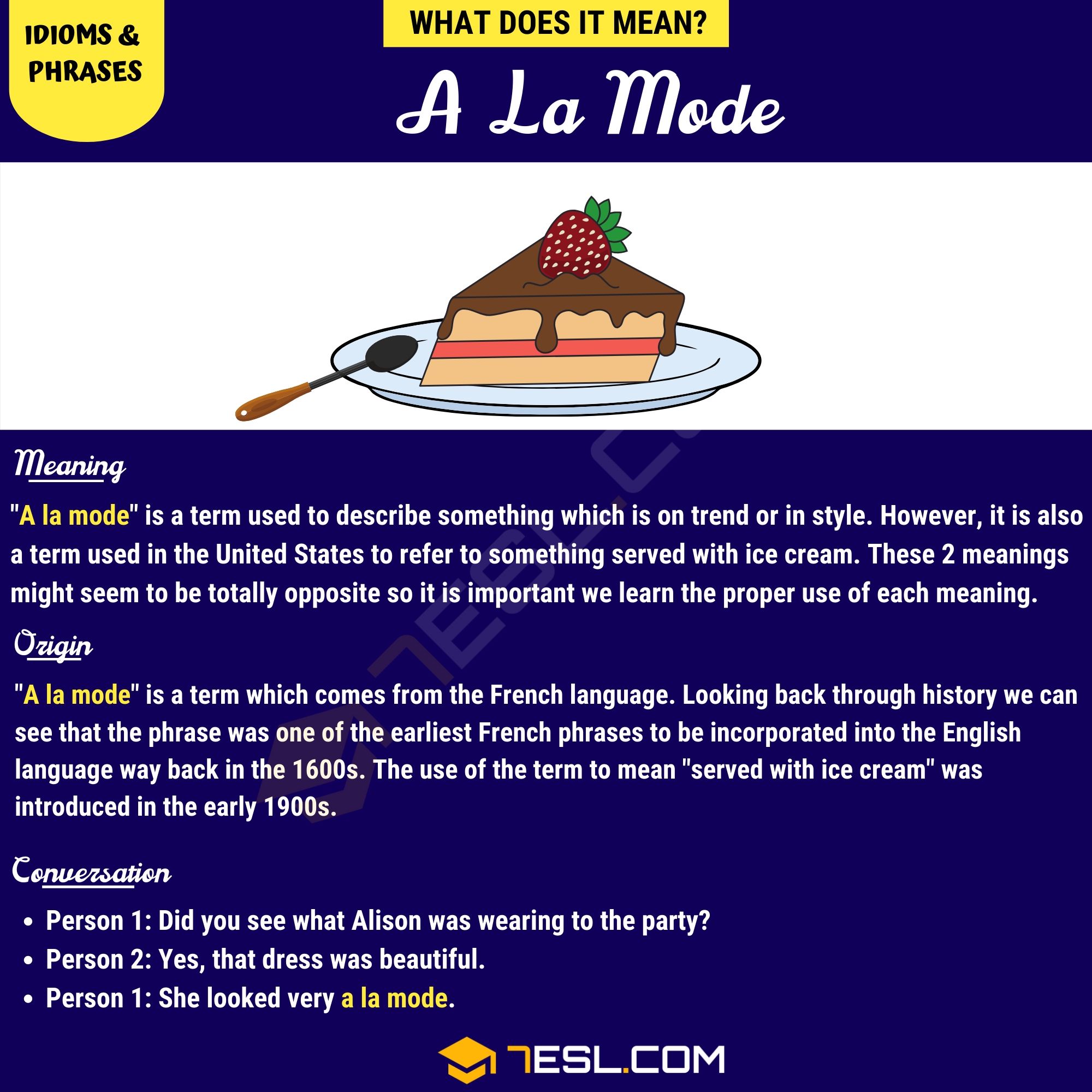