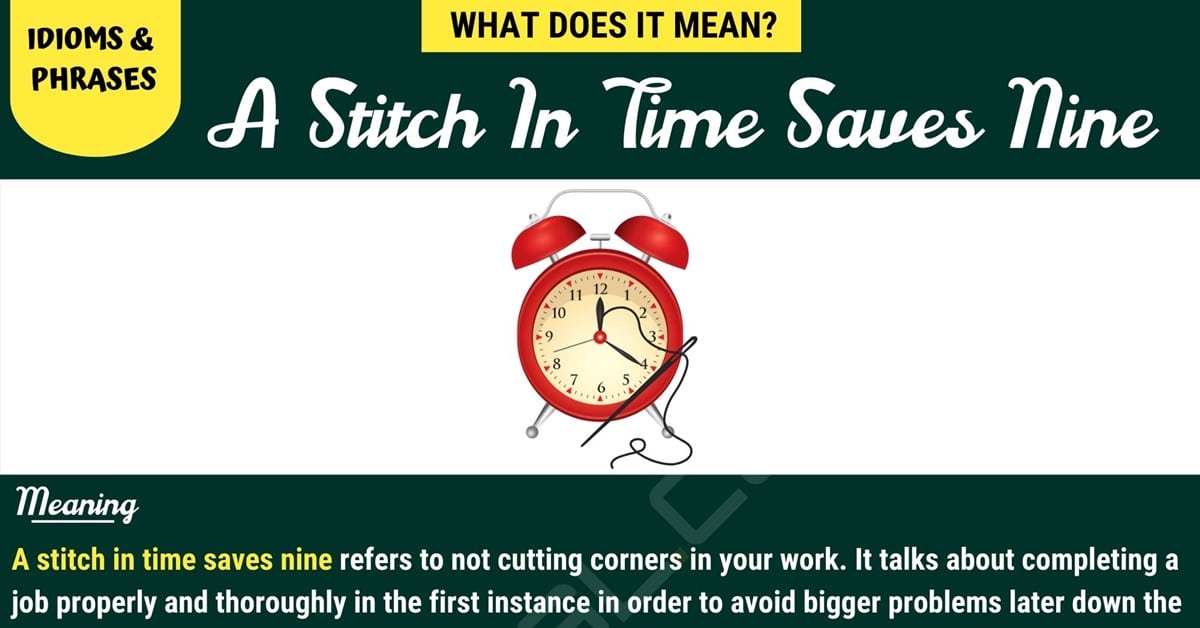 What does “A Stitch In Time Saves Nine” mean? This commonly used phrase can be heard regularly in conversation, and despite its common usage, many people find this phrase a little complicated. We will take a look at the meaning behind this saying and where it first came from, making it much easier to use and understand.

A Stitch In Time Saves Nine

A stitch in time saves nine refers to not cutting corners in your work. It talks about completing a job properly and thoroughly in the first instance in order to avoid bigger problems later down the line. If you complete a job to the best standard, it will serve you well and you will not have to spend time in the future fixing additional issues.

This phrase goes as far back as the 1700s when it was recorded in a book of phrases written by Thomas Fuller. There is some speculation that the stitch in time refers to repairing a rip in fabric as soon as it appears, this rip is said to have happened in a boat sail, by doing this you will avoid having to spend more time sewing up the tear when it becomes bigger, hence the addition of “saves nine'” on the end.

Perhaps you have an electrical item which is beginning to fail, you might say “I am going to get this repaired now before it gets worse after all a stitch in time saves nine.”

You might also use this phrase if you are advising someone about something “If I were you, I would put an extra screw in that wood to make it more secure because a stitch in time saves nine.”

Other Ways to Say This Phrase

There are many ways to say the phrase “a stitch in time saves nine” some of those ways could be: 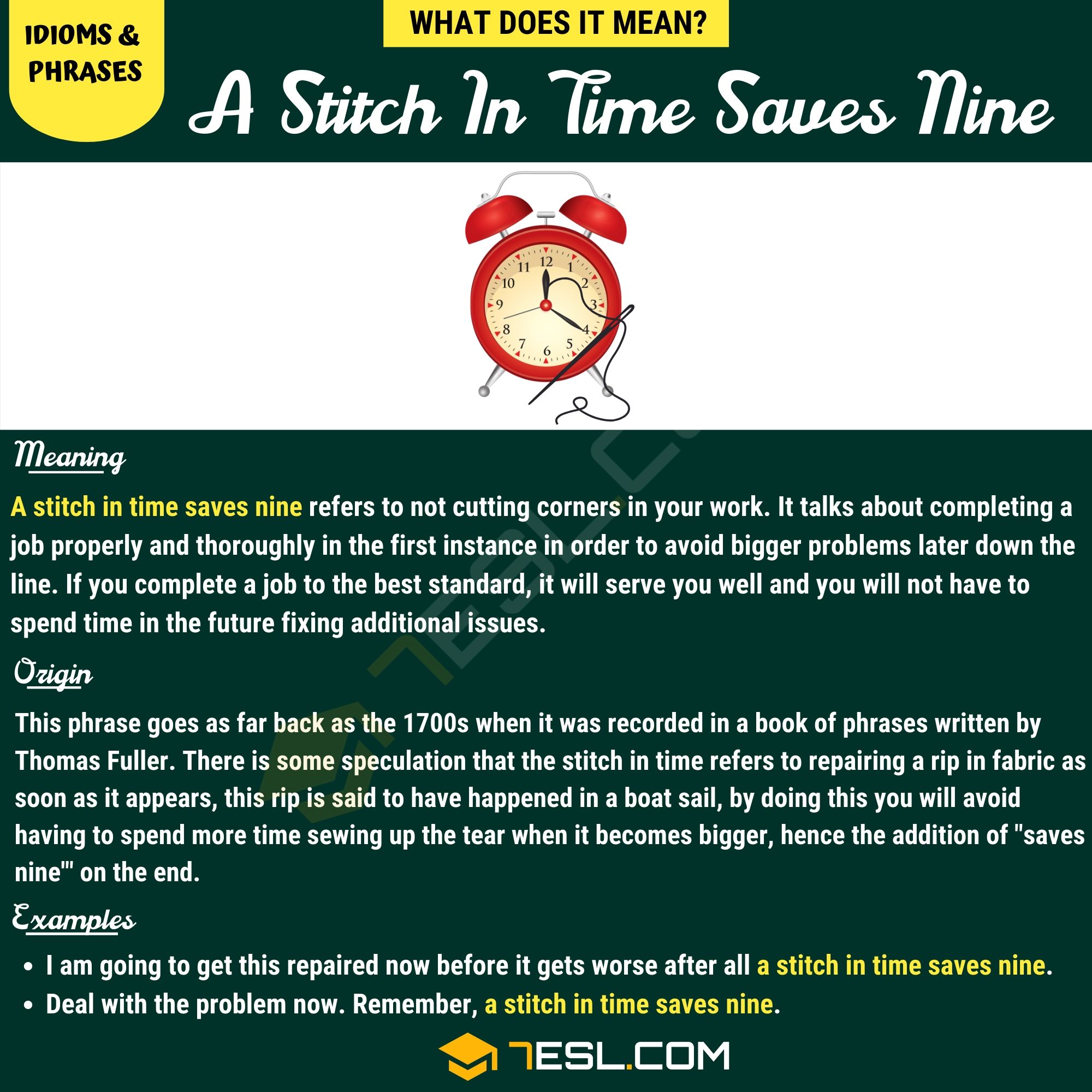