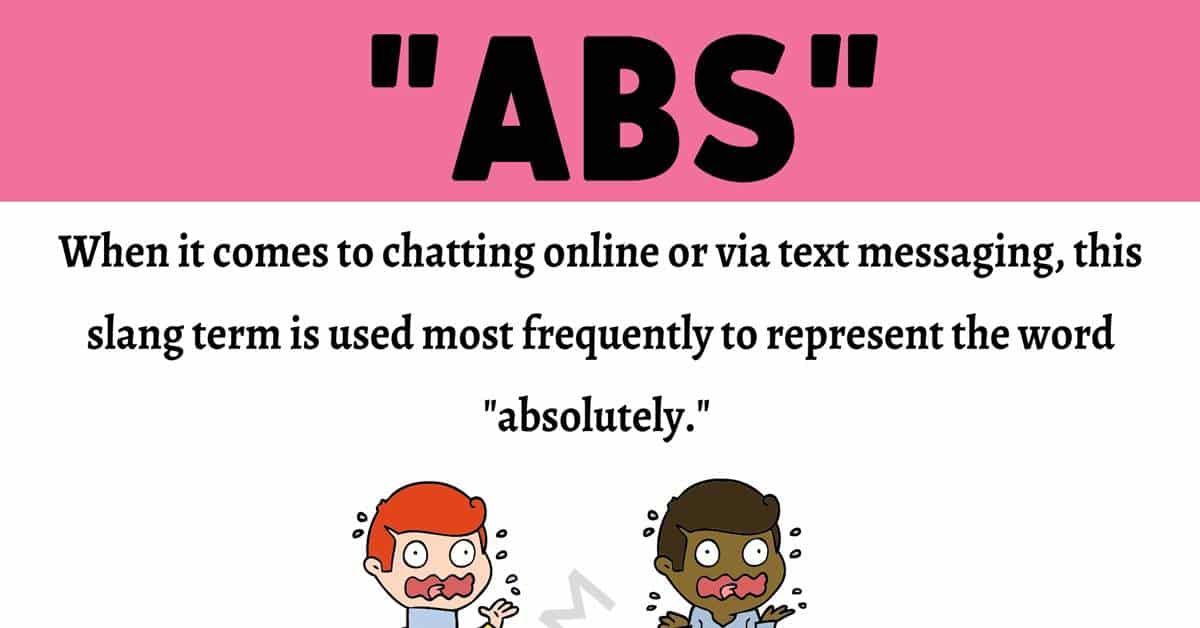 If you were thinking that the term “ABS” could only be used to describe someone’s six-pack or someone’s brake system in their car, then it is a good thing you came here. This term, when used online and in text, means something very different. Here you will find the most common meaning of the term in these situations, as well as the details of its origin and some alternative meanings.

Additionally, you will see this term used in some example conversation so you can see how it is properly used in context. Finally, you will learn some words and phrases that are synonymous with the original term and what it represents so you can have knowledge of some other ways to say the same thing without necessarily using this term.

What Does ABS Mean?

When it comes to chatting online or via text messaging, this abbreviation is used most frequently to represent the word “absolutely.” This word is defined to mean “totally,” “completely,” and “100%.”

As a standalone term, it can also be used to define the abdominal muscles.

The term can also be used for the abbreviation of other words like “abstract,” “absent,” “absorb,” and “absolute.”

The word “absolutely” was derived from the Latin word “absolūtus” and the Middle French and Middle English word “absolut.” These words were all said to mean “unfettered, unconditional, or completely.” The word was first used in 1380. The word “absolutely” is one of those terms that is used often during regular conversation and with the dawn of the internet and text messaging, many of these types of words were shortened to abbreviations to represent them to make them easier, quicker, and more convenient to type rather than having to type out the whole word or phrase.

A conversation between brother and sister via text message.

An online conversation between two players on a video game.

There are several words or phrases that you could use as a replacement for this term without changing its meaning. Some other things you could say instead include: 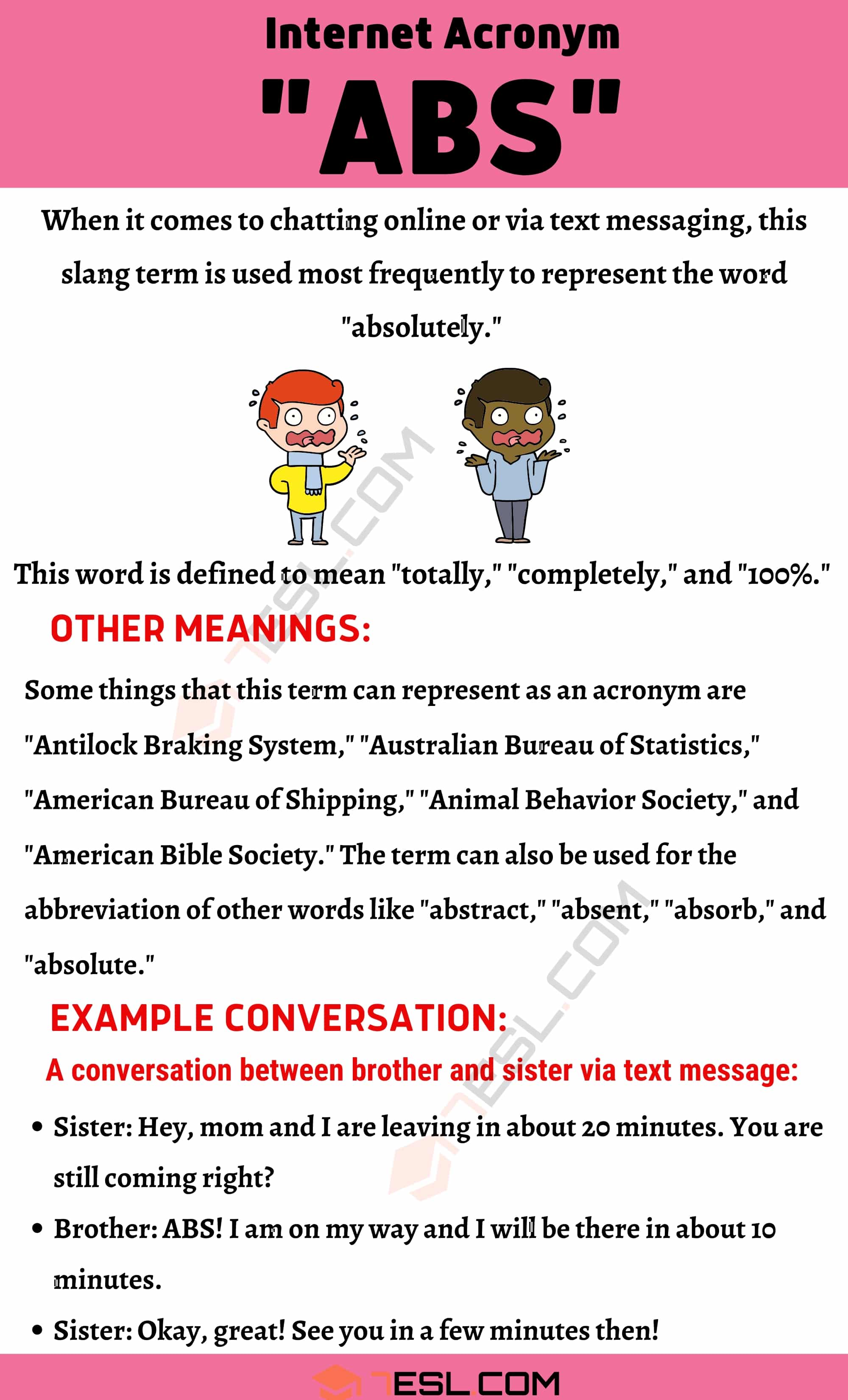