What does “Absence Makes the Heart Grow Fonder” mean? This saying is a very common one in the English language and is heard very often in conversation and written text. Many people use this phrase and is probably one of the most common idioms. But what is its meaning and where did it originate from?

The meaning behind this phrase is that when we are away from a person that we love, we become more enamored with that person because of the distance. We miss the person and so our feelings for the grow stronger the more time we spend apart from them.

The history behind this idiom can be dated right the way back to the 1600s where it was used in a text written by a man named James Howell. There is some speculation that Shakespeare was the person who originally coined the term in the 1500s but this has been widely disputed. Most recently the phrase was used in a song called Isle of beauty which was written in the 1800s, so it is evident that this phrase has a rich history despite its origins being up for debate.

If you are wondering how “absence makes the heart grow fonder” can be used in a sentence, you could use it perhaps when comforting a friend whos significant other works away for long periods of time. You might say “Don’t be upset that Jim is working away, it will strengthen your bond over time because after all, absence makes the heart grow fonder.”

The phrase “absence makes the heart grow fonder” can be used in many different conversation. Just some of those examples might be as follows.

There are a few other ways in which you can express the meaning of this saying. Mostly they use language which is quite outdated but this can add a little romance to the term. 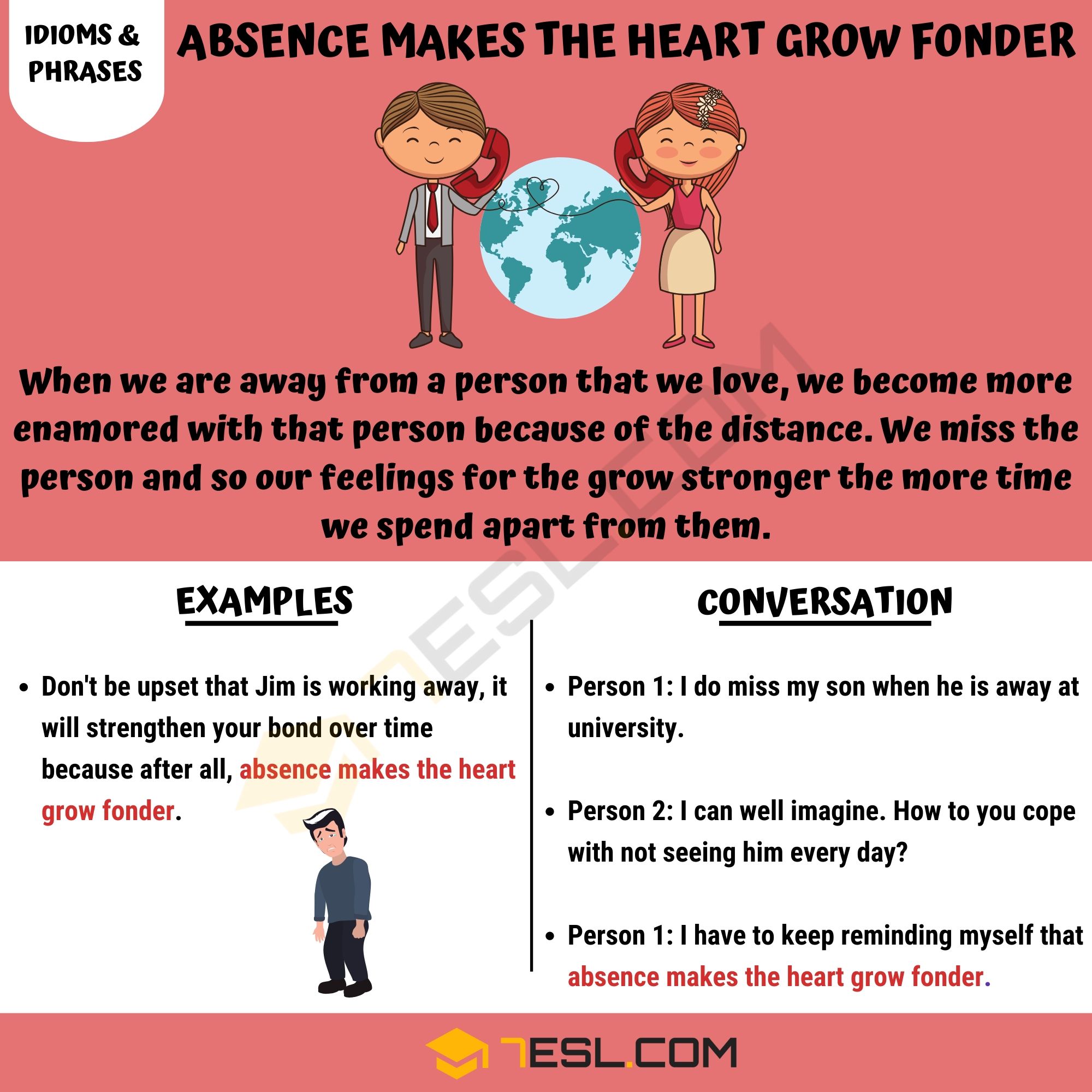