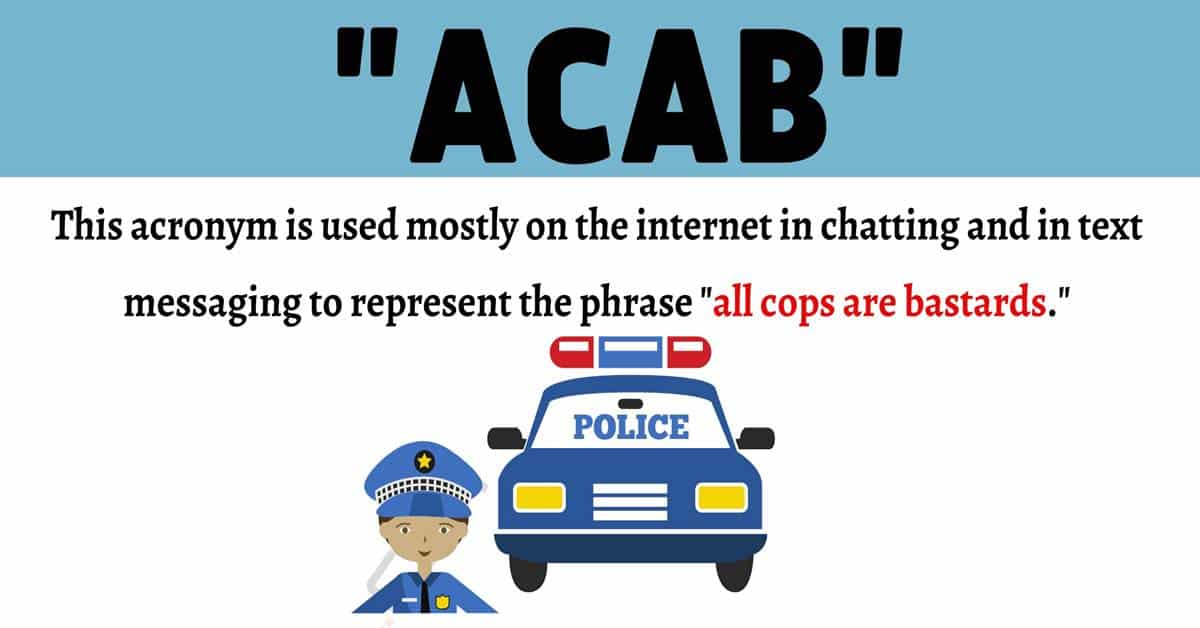 The acronym “ACAB” is used by some as a means to bring attention to the behavior of a group of people. If you have come here after hearing or seeing this term used for the first time because you were wondering what it means, then you have come to the right place. Here you will find the meaning of this term, the details of its origin, and some other meanings if there are any. Example conversations are also provided for you to read and understand how the term is used properly in context and to help you further understand its meaning. Finally, you will see some like terms that can be used to replace this acronym and the phrase it represents because these alternative terms mean the same thing or something similar.

What Does ACAB Mean?

This acronym is used mostly on the internet in chatting and in text messaging to represent the phrase “all cops are bastards.” It is used to bring attention to police behavior that is considered unethical. It is popularly used in tattooing, graffiti, and other social media imagery as well.

This acronym has been used in the manner stated above at least since the 1920s. It was popularized in the 1980s by a punk rock band named 4-Skins when they released a song using the acronym as its title.

Like most acronyms, this one can represent many other phrases as well that are random or relate to specific situations. Some of the other things that this term can represent are “”Always Carry A Bible,” “All Cats Are Beautiful,” “All Communists Are Bastards,” “All Colors Are Beautiful,” and “Air Cavalry Attack Brigade.” This is just a small handful of examples as there are too many possibilities to mention them all here.

The acronym is also known to be represented by the numbers 1312. The numbers related directly to the appearance of the letter in the alphabet to mean the same thing as the original acronym. Other than this, there are no other synonyms for this term. 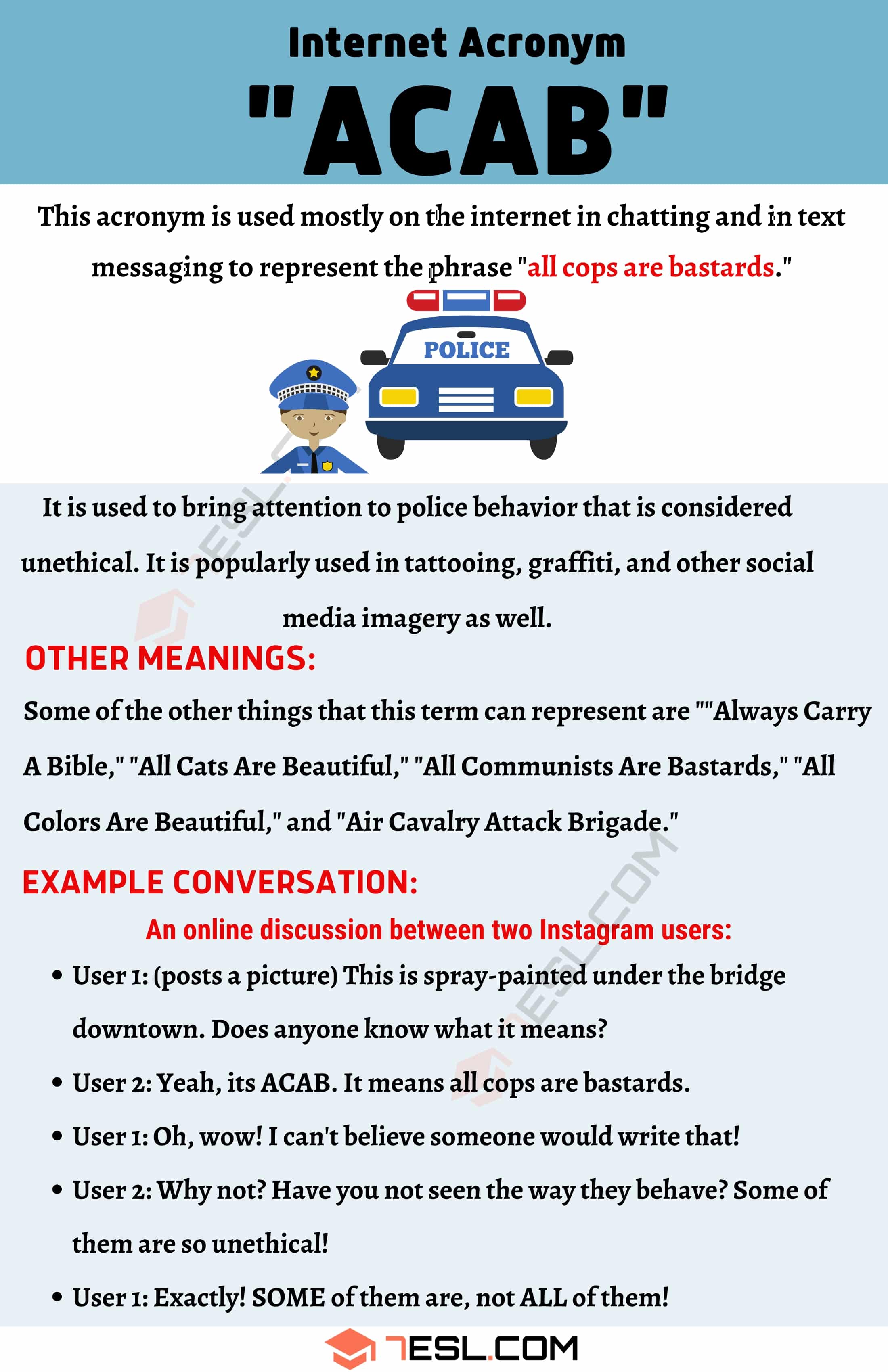 No need for a shallow grave

Thanks for elaborating on the street meaning of ACAB. Here is my take: A very few humans are bastards even when you don’t give them a reason to be. If those are also cops, they will mistreat people under the color of law. But in reality they seem rare. In my case, even when I have pulled a b***r that requires interaction with the Police, not being a b*****d to THEM in those situation has worked wonders. At worst, I have received a slap on the wrist later by a court magistrate. At best I get a talking to by… Read more »

ACAB
Reply to  No need for a shallow grave

Breonna Taylor was ASLEEP IN HER OWN HOME when she was murdered.

Caleb Daniels
Reply to  No need for a shallow grave

Bill Dickle
Reply to  No need for a shallow grave

Bullies are attracted to authoritarian jobs so it should be NO surprise there are sooooo many bully cops. I understand there are some good cops, but they certainly are much too often turning their eyes by not doing anything to drive bad cops out of the profession. This is why I say ALL COPS ARE BASTARDS. Bullies and cowards, f**k’em all.