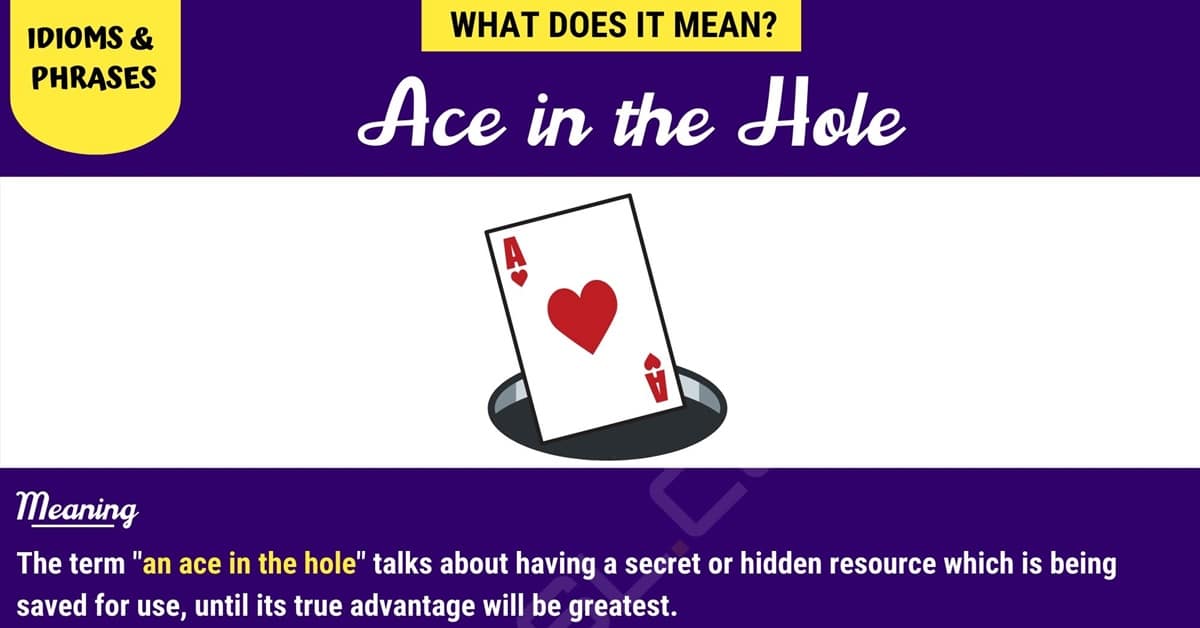 Another idiom which you may hear quite often in the English language is “an ace in the hole.” If you have ever wondered what this phrase means and why we use it, we are going to answer those questions now.

Ace in the Hole

Ace in the Hole Meaning

The term “an ace in the hole” talks about having a secret or hidden resource which is being saved for use, until its true advantage will be greatest.

This phrase was originally used the card game, stud poker. During the game a card would be placed face down as players placed their bets. This card was seen to be “in the hole” and might be of an advantage to a player later in the game. In the 19th century it was also used to refer to a hidden weapon such as a gun.

“Ace in the Hole” Examples

A good example would be if you were cooking a well known recipe but you wanted to add your own twist on it so you keep a secret ingredient back, making the dish much better than it was to your advantage, so you might say that the secret ingredient is your ace in the hole.

It might also be used in a job interview which is not going to plan, if the interviewee has failed to impress the potential employer with any of his skills. he might then announce his ace in the hole of an excellent skill that will be guaranteed to get him the job.

There are other ways you might use the phrase “an ace in the hole”. Some of these could be;

Ace in the Hole Meaning | Picture 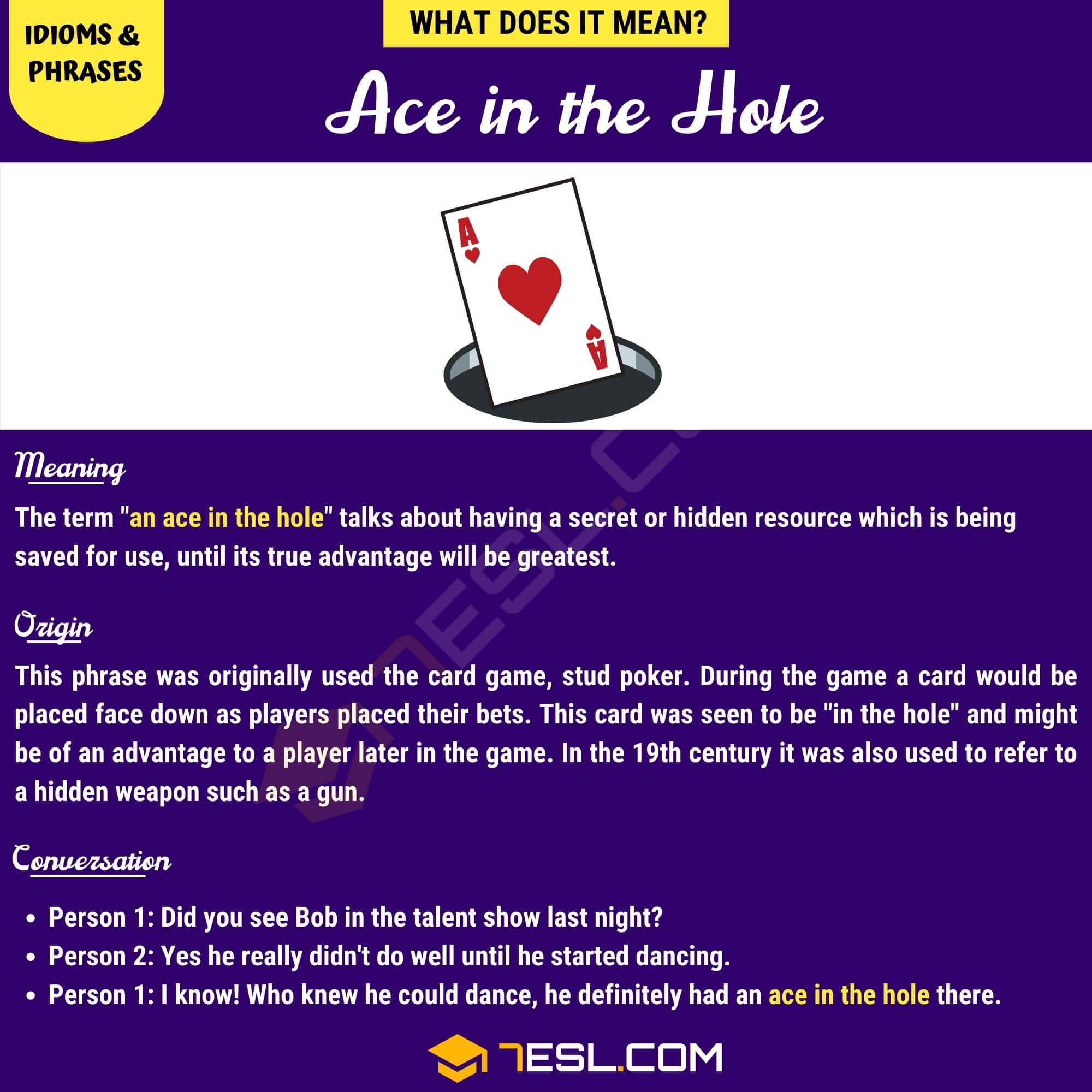