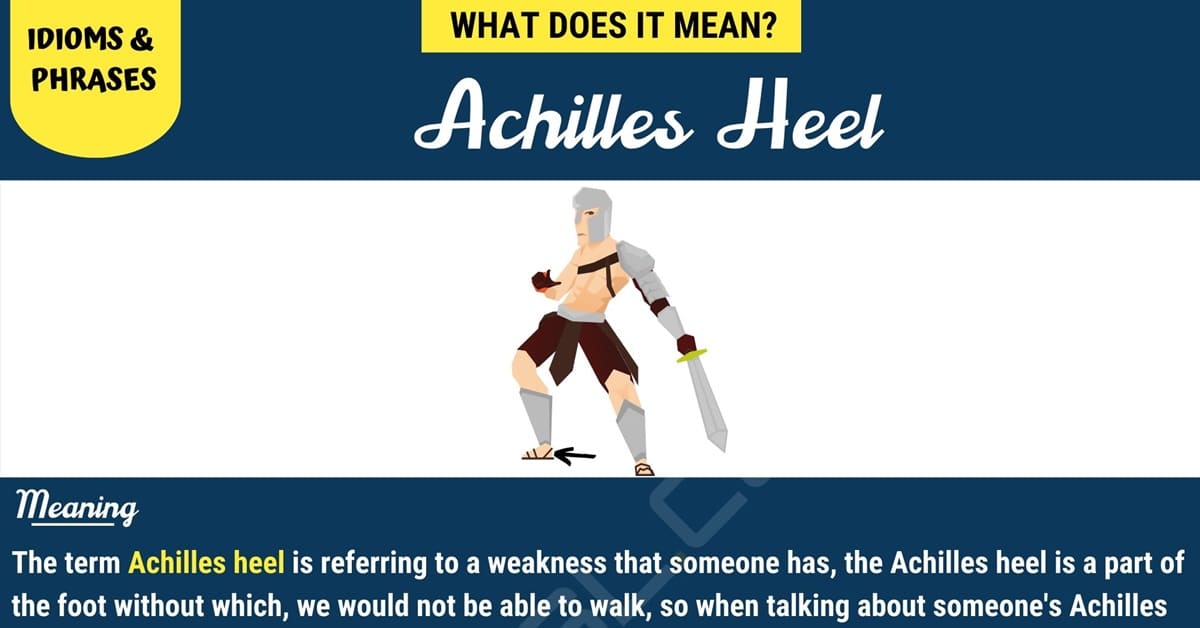 You may hear the term “Achilles heel” very often in both spoken and written language. It is a phrase which is used regularly and has an interesting meaning. But where did this term originate from and why do we use it today?

This phrase was first found in Greek mythology, the story of the God Achilles who was held by his heel by his mother who then dipped him into the river to make him immortal. However, because his heel was not dipped into the water, that part of him was not made immortal and when it was struck by an arrow, it killed him.

The term Achilles heel might be used in a sports situation when talking about a particular weakness that an athlete has. You might say “Brian is so good at soccer but his Achilles heel is that he allows goal in too easily, really bringing his performance down.” It may also be used to refer to a person’s weakness for something.

There are other ways to express the meaning of this saying, some of these could be; 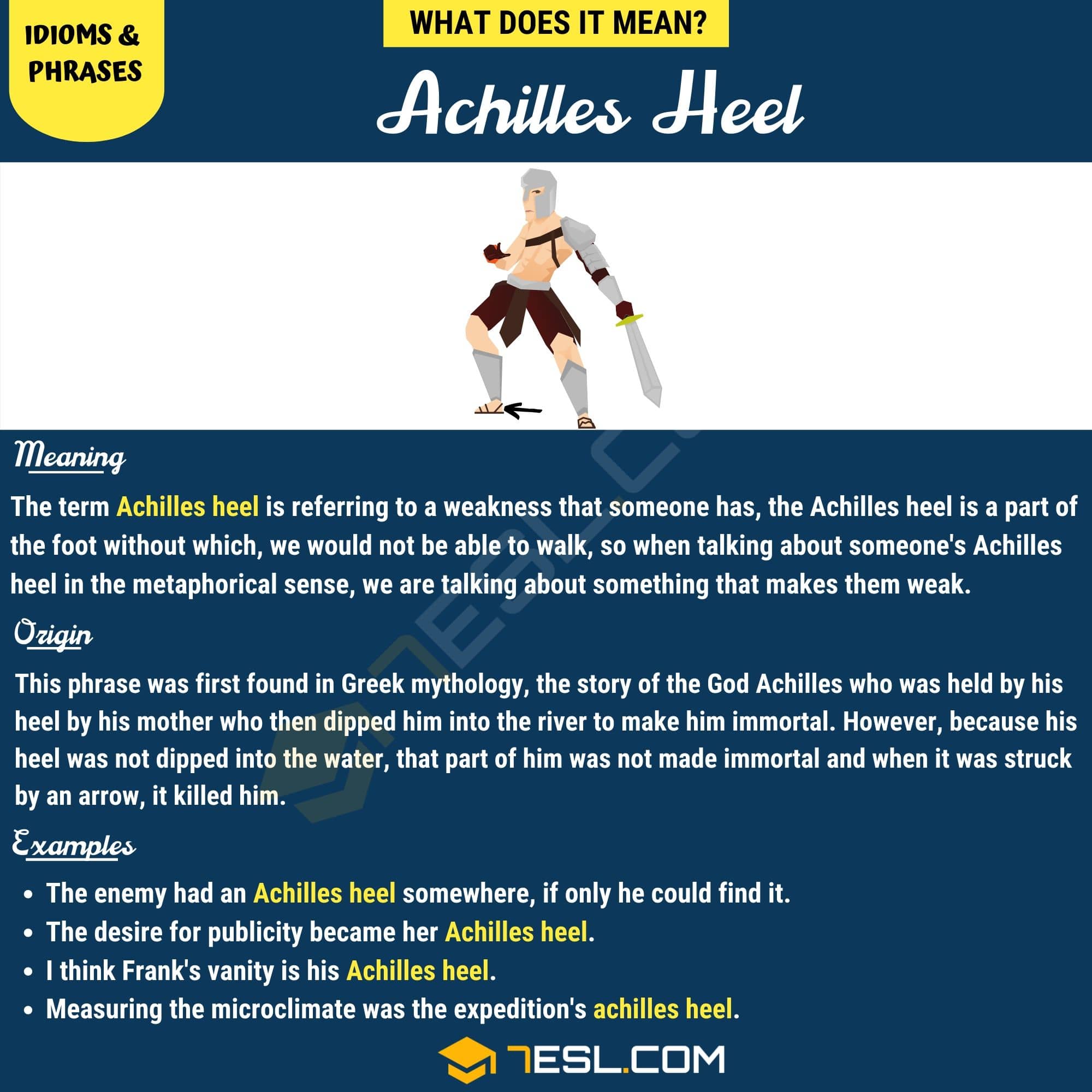